After sixty days which include the two-week Federal Quarantine Order before self-isolation, I hold two states of mind simultaneously: gratitude to have landed blessedly well and lethargy due to this serene limbo-life. I’ve been forced into a routine I imagined for myself in my 8th or 9th decade—quietly sitting at home albeit minus aches and pains for late-in-life companions.

Even though I have successfully skirted the temptation to avoid pajama days 95 percent of the time and joyfully accomplished a great deal, occasionally as the evening wears on I get an acute case of corona fatigue. Sometimes after days of nothing much to do and nowhere to go except for brief in-out shopping trips to replenish basic groceries and necessities, it all seems tedious. 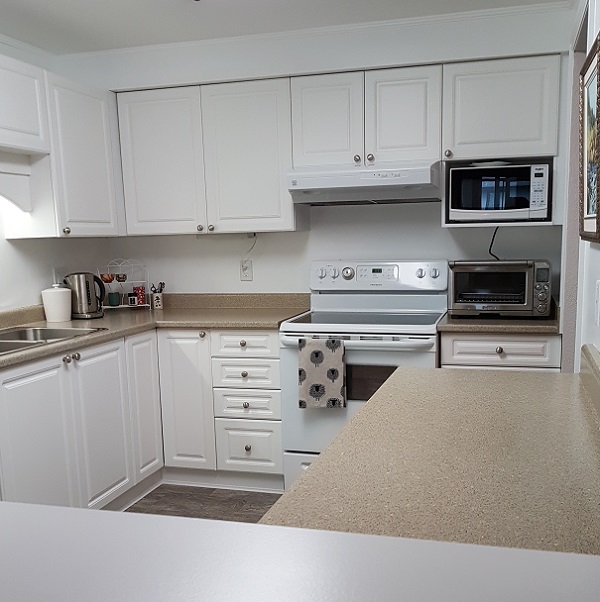 I’ve completed the large projects I undertook in the first few weeks, and none of the domestic chores ever occupy an entire day. 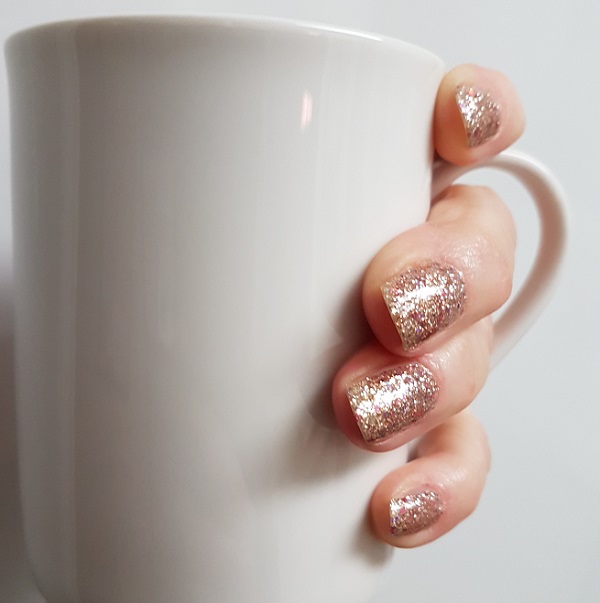 Though the results look great and cost much less, home-based spa time lacks any luxurious atmosphere or cachet. 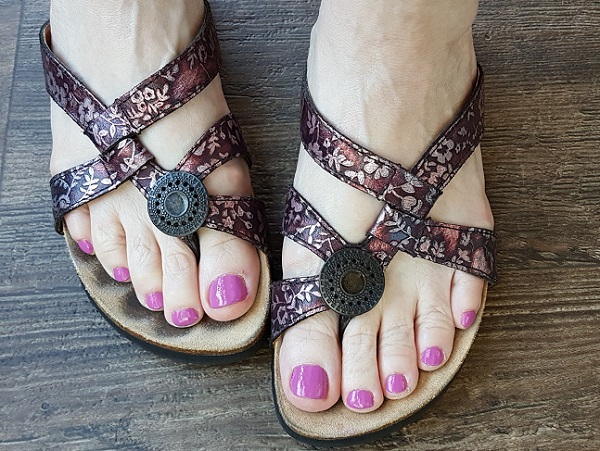 Yawn. YouTube and Netflix (even the educational and enriching options) offer little enticement anymore. The same holds true for scholastic pursuits as those mean more sitting in front of a computer.  And music via speakers—even good ones—sounds hollow compared to the real deal. 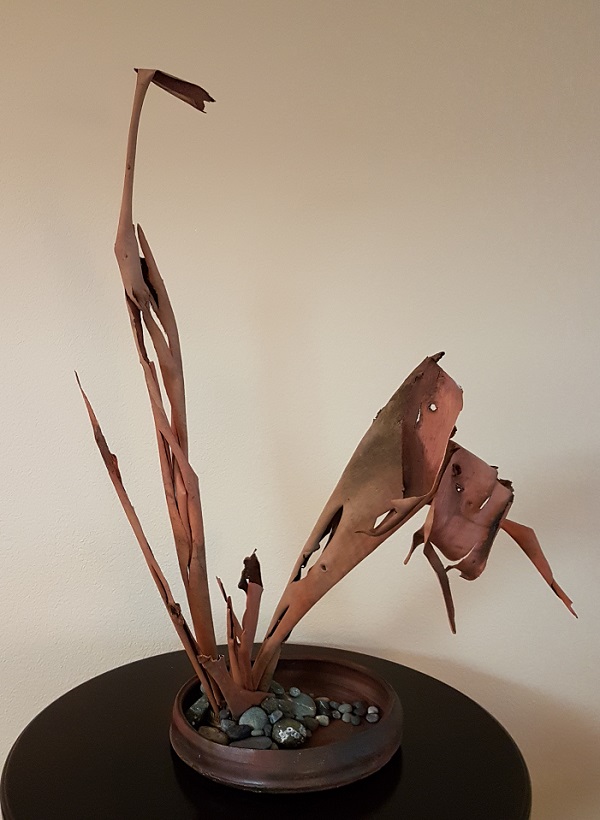 Last week shops, restaurants and services not deemed essential began to open under carefully controlled conditions. Even though I am behind the idea of supporting local businesses to recoup their losses in principle; the reality is I’m not the least bit helpful. I have few needs other than groceries and am not particularly motivated to stand in lines and follow arrows or don a mask to peruse items I don’t need in the off chance of an impulse purchase.

Happily, we are now allowed to expand our “social bubbles.” However, we are advised to use caution, maintain good hygiene habits and continue distancing. Though I’m not fearful of people per se, I’m not particularly eager to engage with those I don’t care about deeply. The risk reward payoff is no temptation. 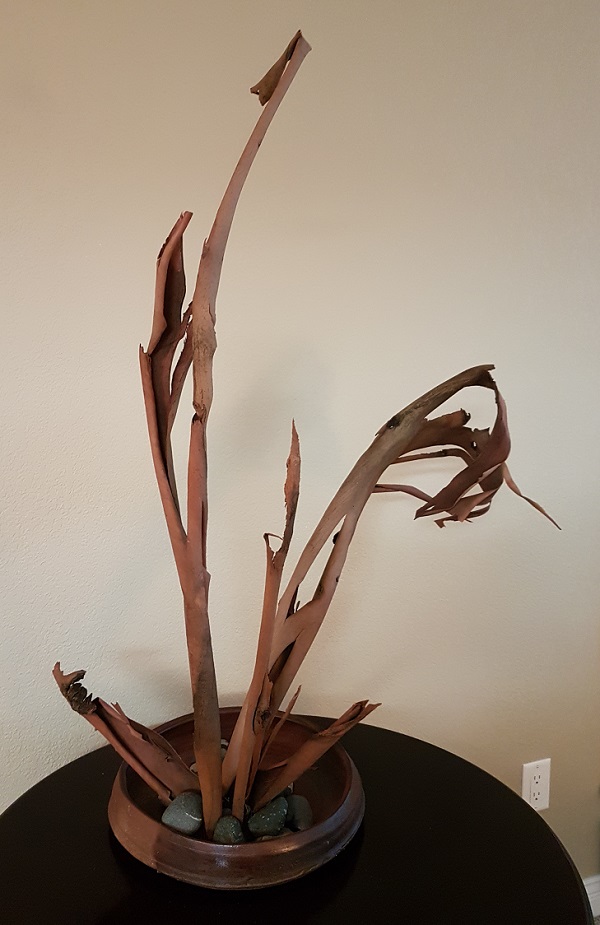 Last week I visited an aunt and uncle whom I hadn’t seen since February. The week before, I walked with a friend through the gardens of The University of Victoria campus. In both instances I was smacked with the incredible uplifting energy which imbues human connection. The various devices we use to create reasonable facsimiles of such links are somewhat deficient in conveying its essence. It’s not unlike the difference between icing made with hydrogenated oil instead of butter. You still get a dope dose of sugar, but.

Of course, ennui will not help me amuse, motivate or improve myself over the remaining days, weeks, months or years that cocooning through this pandemic and its various levels of fallout might last.  I wonder whether pupae fret and chafe in their silken cages. 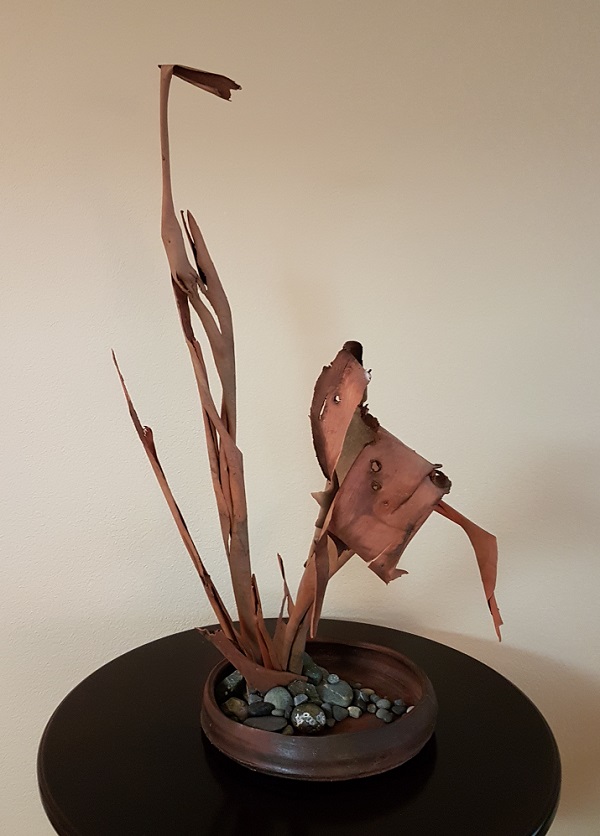 Realizing I need to regain a Buddha mind, I turn to ikebana which I haven’t touched since my last class in Tokyo two months ago. I choose a container, cut pieces of weeping eucalyptus bark [Eucalyptus sepulcralis, Latin for belonging to a tomb] set them into a kenzan and cover it with beach stones. When I finish my hands are fragrant. 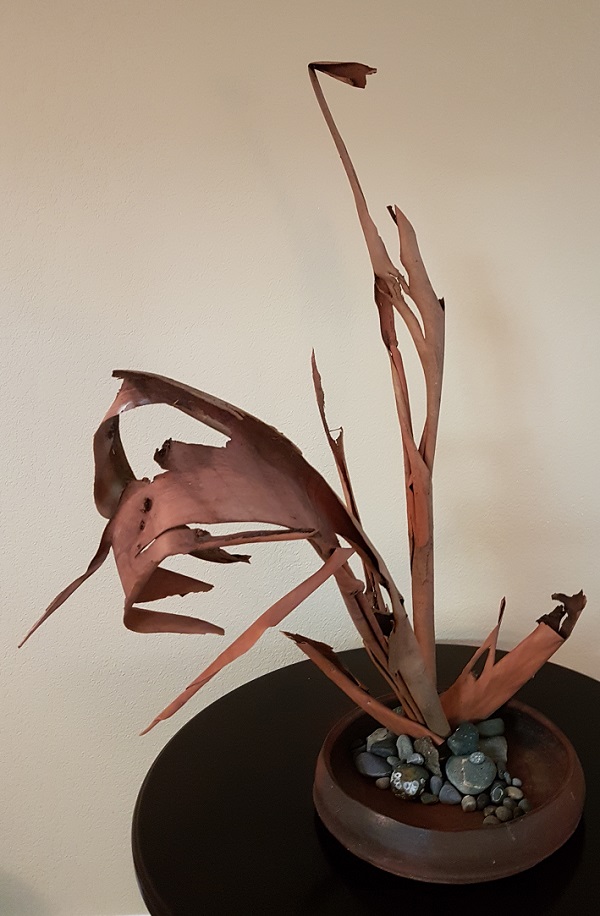 My photos fail to capture the depth or subtleties, the rich harmony of the grays and browns in the bark, container and stones. Removed from its natural state and transformed, the bark conveys dynamic movement upward in spite of its static state. Might that expression be symbolic? Perhaps. The Sogetsu tagline is: The flower becomes me. Perchance by some unconscious, beautiful accident it’s true.

I wish to make clear that I merely describe and reflect on my circumstances after two months in covid confinement. I am fully aware that my bit of boredom and bother are not even close to suffering.  At the same time, psychologists underscore the way that all people suffer in various ways through this current crisis, even the ones whose circumstances are favorable or whose natures may find isolation easier to bear.

Alas, as has ever been the case during calamities, through no fault of their own many people have been and will continue to be devastated by this contagion in multiple heartbreaking ways.

All my empathy and compassion for their plight can do nothing to alleviate it.

This entry was posted in This & That and tagged corona fatigue, pandemic boredom. Bookmark the permalink.