Perhaps it was the atmosphere of the APEC summit in Yokohama with its sealed garbage cans in all public places even as far away as Nikko (just under 120 km or 75 miles from Tokyo). Helicopters whacked overhead all day, and Barak Obama’s nostalgic recollections of a boyhood visit to Kamakura Daibutsu played endlessly on Japanese TV. Perhaps that intensified the pitch of my expectations. As well, anyone I knew who’d visited the Great Buddha of Kamakura had come away awestruck.

It’s nearing closing time as my Tokyo-based friend Aki—who kindly spent the day guiding me around Kamakura—and I make our approach. The crowd thins out, the sun slinks behind the hills throwing long shadows, and light-slivers dance on the susuki.

How very odd. A startling paradox: How small he seems. The writer who suggested travelers should skip the customary tour of attractions because all look as they do in books is wrong. The cropping and camera angles in photos fail to convey him as I first perceive him—dwarfed by the modest Kamakura landscape, trumped hands down by the unassuming backdrop of an ordinary hill. 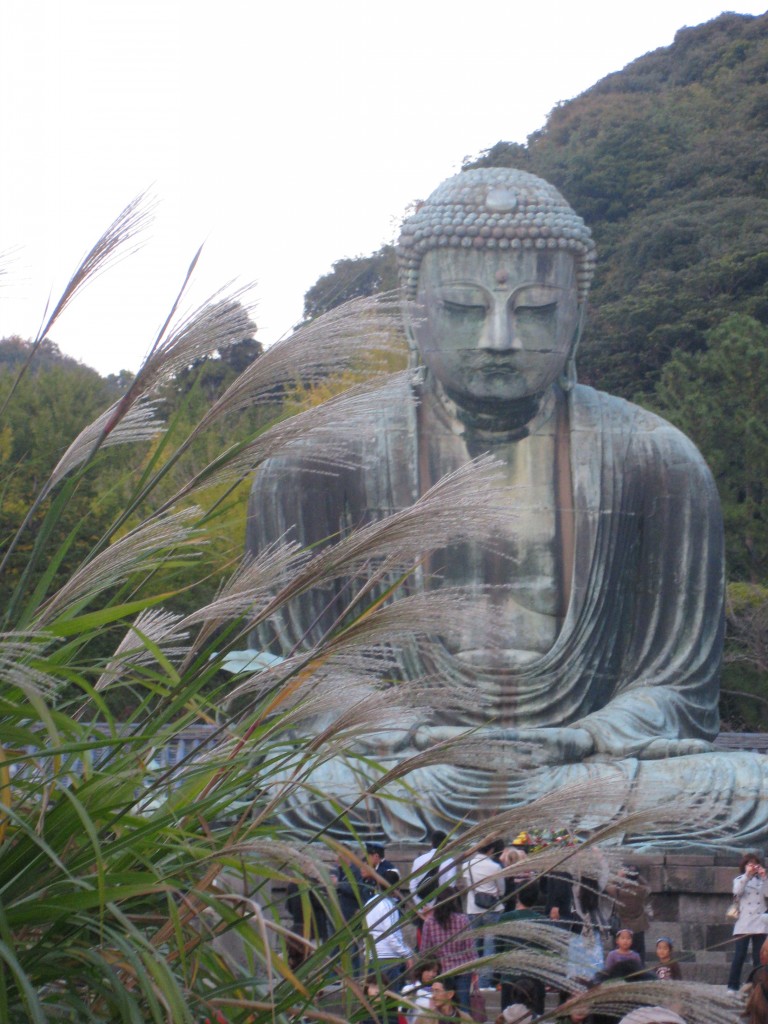 Of course, as I draw closer he looms larger with every step. And don’t get me wrong, as the second in size only to the Buddha at Todaiji in Nara, these 93 tons of 13th century cast bronze are impressive.

That first impression is no disappointment, merely a heightened awareness of something more in a perception that first registers as less. There are different ways to be awestruck.

This entry was posted in Japan, Travel & Culture and tagged Japan travel, Kamakura, Kamakura Daibutsu, The Great Buddha of Kamakura. Bookmark the permalink.