I agree with Matt Zoller Seitz the editor in chief at RogerEbert.com who states that Martin Scorsese’s Silence is a film you experience and then live with. That’s true in spite of its flaws. 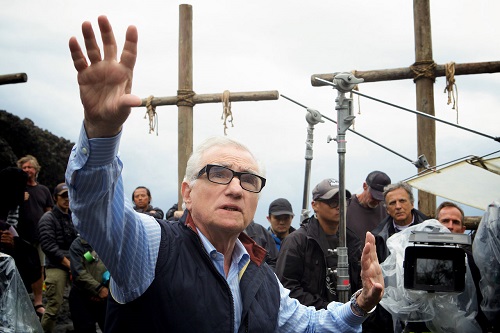 Originally a 1966 novel by Shūsaku Endō, Silence is the story of two Jesuit priests who have illegally entered seventeenth century Japan which at that time was closed to foreigners except for strictly limited trade in carefully controlled port cities.  The men are searching for a third priest, their mentor who has reportedly recanted his Christian faith and lives with a wife in the style of the Japanese.

I won’t belabor the story line as it is recounted in great detail in almost every review available for anyone wishing to know. However, given the beauty of the cinematography, and the landscapes, as well as the excruciating dilemmas the characters face, the film should have been more enthralling—even heartbreaking—than it was.

Why didn’t it move me?   Probably because the story was told from a distancing point of view. In spite of its obvious craft and visual beauty, the film felt almost like a textbook recounting the details of a time that no one cares about now.

Also, the characterization was weak, at times more like caricature and stereotype. The costuming intensified that effect. Though the Jesuit priests and the hidden Japanese Christians struggle with philosophical, religious and moral questions while living under constant threat of torture, I never suffered along with the protagonists.

Perhaps, like Scorsese, a lapsed Catholic would have found their specific struggle more compelling; however, due to the detachment established by the point of view, they seemed rather tedious and predictable people. I could pity them for the accident of their birth in such a difficult time and place, but otherwise, I wasn’t touched. I wanted to be.

In addition, the motives of the antagonists aren’t made clear. Without some knowledge of Japanese history and the political foundation of the story’s events, much is lost. It helps to know that the determined extermination of the Christians at that time was rooted in a rebellion by mostly Roman Catholic Japanese. Like most uprisings, the events could be attributed to  famine, over-taxation, and a large population of peasants with little to lose other than very miserable lives. The local government believed the rebellion was assisted by the seditious teachings of the Europeans.

Now that’s an over-simplification; however, without understanding that much, the ruthless response of the Tokugawa Shogunate against the Jesuits and Japanese Christians doesn’t make as much sense. Especially in a country in which Buddhism and Shintoism already co-existed. Otherwise, why single out Christianity for exclusion?

It also helps to remember that European colonizers in their dealings with indigenous peoples were as cruel as any of the Japanese depicted in the film. There are no black or white hats in this context.  Given internal and external conflict this rich, it shouldn’t have felt flat, and 161 minutes shouldn’t have felt long.

As for the ending, I saw it coming. I hate when that happens.

Even so, in spite of everything the film resonates and is timely. In an interview with Time Out Tokyo, actor Shinya Tsukamoto answers Mari Hiratsuka’s question, “What message does Silence have for us in the present?

“Personally, I’m struck by the absurdity of why, at any given point in history someone is always using violence to suppress what others believe. Silence asks a powerful question about that absurdity.”

Reviewer Peter Debruge maintains, “Scorsese…has created a taxing film that will not only hold up to multiple viewings, but practically demands them.” That’s also true in spite of its flaws.

This entry was posted in Japan, Travel & Culture, Reviews and tagged Review of Scorsese's Silence, Silence by Shūsaku Endō. Bookmark the permalink.