A Tribute to Toller Cranston

Toller Cranston, the man who changed men’s figure skating for the better and forever, is dead. 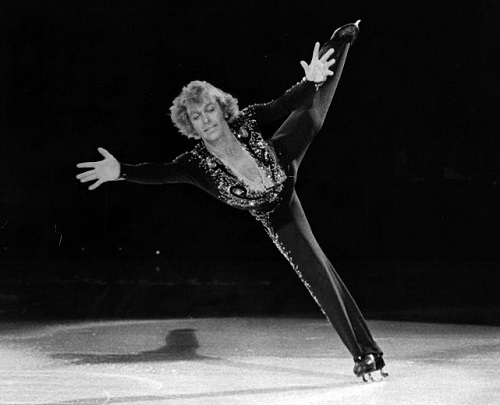 He was the forerunner to the top competitors today—Patrick Chan, Yuzuru Hanyu, Denis Ten, Tatsuki Machida, Daisuke Takahashi. However, he was misunderstood and disparaged by some for being atypical, exotic, foppish; in spite of nailing strings of five point nines for Artistic Expression in a sport that wasn’t ready for fluid, balletic elements. At least, not from men.

His nemesis, which kept him from the coveted top spot on the podium, was the technical component, those diabolical compulsory figures dropped in in 1998 mainly because they were too dull for TV. Skaters today aren’t required to cut perfect figure 8s into pristine ice. They have the short program instead.

Of course, to be contenders the boys now-a-days must man up to quads and triples; however, they must also land and link them with beauty and grace. Something Toller always had. Even then I understood the particular challenge he faced in that involuntary role he was fated to play. Precursor to the light in a dark age, he was far ahead of his time with entirely much too much of every quality not desirable in a male sport–an outre cocktail of personality, uniqueness, artistry, vanity and integrity.

Reminded by the archival clips now online, I recall his electrifying performances as he leapt and floated across the grainy black and white set in the seventies—a work of art in air and on ice. No one could execute multiple Russian splits in sequence, perfectly timed to the music or get the height he did.  No one does now. Those performances remain touchstone moments of grace. Still modern. Fresh. Timeless. 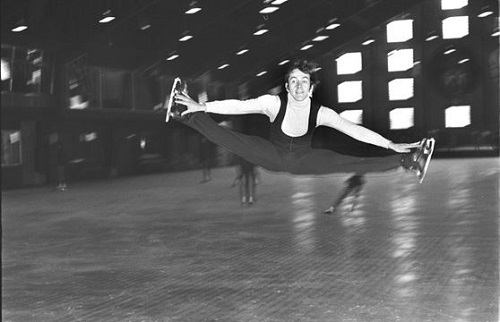 But he was so much more than a skater. Though he has six consecutive Canadian men’s championships, one World Championship Bronze and one Olympic Bronze medal to his credit, he authored numerous books, created and sold tens of thousands of paintings worldwide. 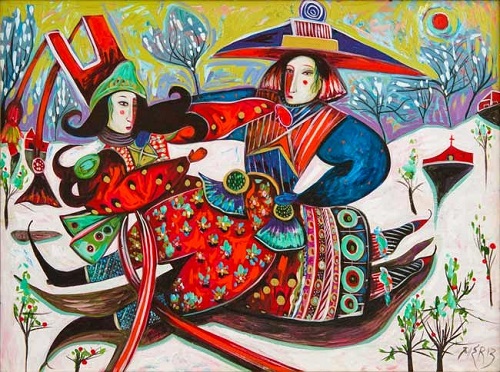 When you see a Cranston painting it’s immediately recognizable. Impossible to have been painted by anyone else.

Alas, we’re a nation not inclined to properly recognize our heroes whatever their oeuvre. Not while we have them or after they’re gone.

This entry was posted in This & That and tagged Toller Cranston. Bookmark the permalink.

4 Responses to A Tribute to Toller Cranston