An Afternoon in Meguro

It’s been six days since my last post and much has changed in that interval. Last Friday following the first day of spring in Kamakura, I received an email informing me that my 27 April flight to Vancouver had been cancelled. But dealing with that is another story. More on that later. Or maybe not. 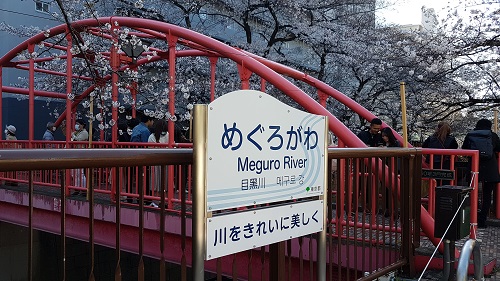 Yesterday I went out to Meguro to wander along the sakura-lined river and enjoy a lovely afternoon in the spring sunshine.

After closing schools and shutting down museums, galleries, sports arenas and concert halls for a month at the end of February, the Government of Japan had urged people to stay home as much as possible as well social distance in order to curtail the spread of COVID-19. Though people are free to go out and about, there is a noticeable difference. Streets are almost empty.

Normally people like to celebrate the sakura season by flocking to parks and enjoying food and drink with co-workers and friends under the blossoms. This year, on account of the pandemic people had been urged not to celebrate ohanami as usual. In order to make compliance easier, areas along the river bank where people might sit close together were roped off. 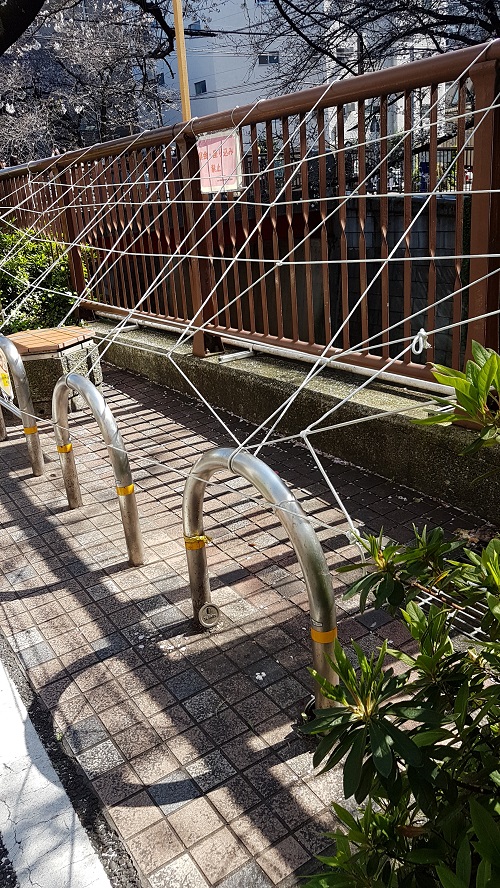 It’s permissible to drink alcohol on public streets and in parks in Japan, and a few were enjoying pink bubbly wines as they walked. Almost none  were heeding 2-meter distances yesterday nor this past holiday weekend when many ignored government pleas, spread their blue tarps in parks and carried on as usual. However, yesterday “crowds” were quite thin by Tokyo standards as it was a weekday. 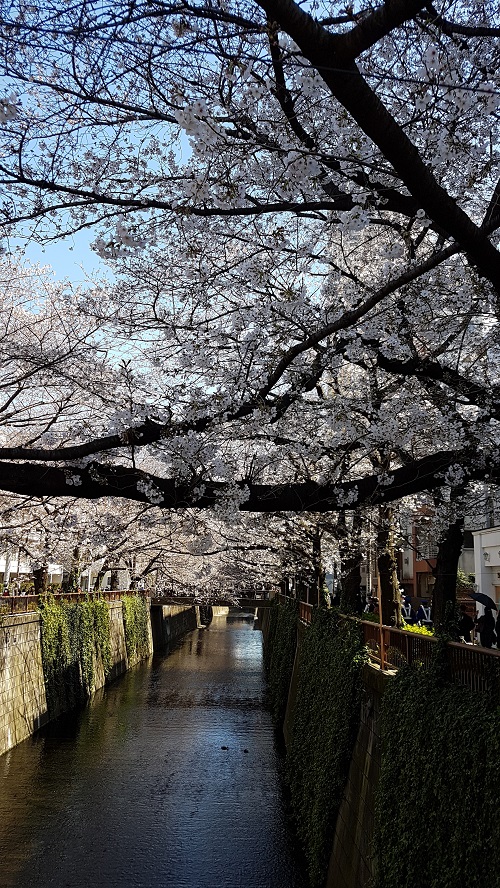 Fortunately, when walking alone I can keep a safe distance 98% of the time. I also avoid using trains during crush hours and can stand away from others in the often empty wheel chair area without holding onto straps. Even so, every action I take is a gamble in spite of the fact that I do my best to minimize risks. I sanitize, sanitize, and sanitize my home and hand wash, hand wash, hand wash. 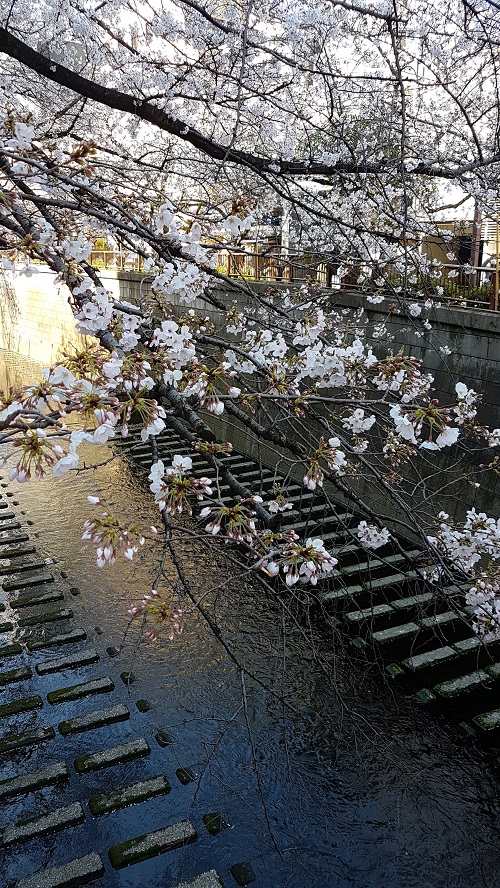 However, as March wears on the weather turns warm and the sakura bloom. While things tighten up globally and other nations are locked down, some Japanese people have slackened their C-19 vigilance.

Until recently Japan’s numbers (after Diamond Princess’ passengers are subtracted) have largely been confined to a few local clusters in more remote areas. However, following a recent up-tick in Tokyo’s numbers this week, Koiko Yuriko the Governor of Tokyo warned that if people continue to ignore the social distancing guidelines as they did over the past weekend, a lockdown might not be avoided in Tokyo. Frankly, I suspect it’s inevitable as it is elsewhere; however, as I understand it only the Prime Minister has the legal authority to order it. So for now, the Governor is pleading.

Perhaps the gravity of the Olympic Games postponement this week may drive home the severity of the situation and motivate people to reconsider and comply. The rain which is forecast for Friday and Saturday may also help. 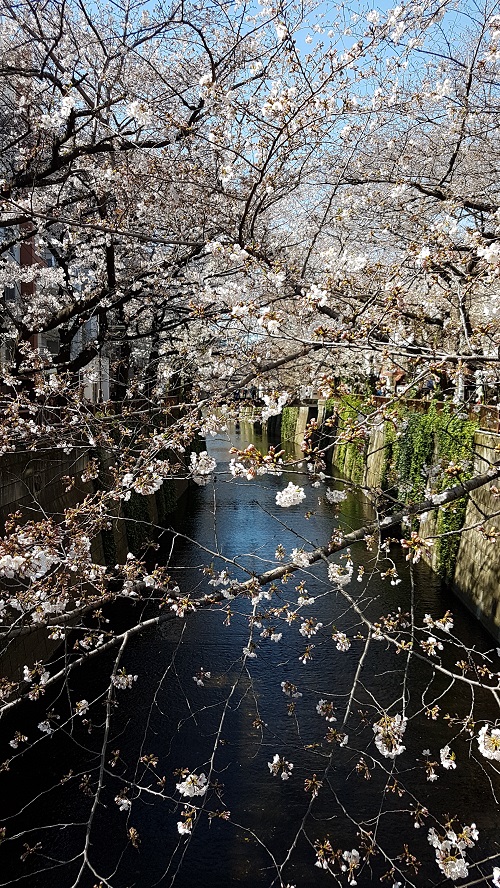 Of course, with a lockdown everything changes. As is permitted elsewhere, I likely could continue to walk outdoors alone. In France exercise is allowed, but residents need to carry a permission slip they write themselves and are routinely stopped by police when outside.  If that happens here, everything gets more complicated than not having a return flight to Canada.

Therefore, I’ve begun further preparation for various “if this then what” scenarios. Having something to do is always helpful. Notes about that process, however, must wait for another day.

This entry was posted in Japan, Travel & Culture, This & That and tagged Pending lock down in Tokyo, Sakura along the Meguro. Bookmark the permalink.