In addition to choosing Rindou (Gentian) as a personal flower name after completing my Sogetsu Ikebana Level 4 Certificate, I was informed that I would need to select Chinese characters with which to write the name—one for each syllable rin and dou. That put me into a linguistic minefield.

There are multiple meanings, homonyms and pronunciations inherent in Chinese characters and Japanese kanji.  How was I to navigate the highly significant components of a name and choose appropriately? My fear was that in my ignorance I might select some ridiculous meaning or unfortunate homonym such as this Japanese brand of men’s briefs when spelled in Roman letters. 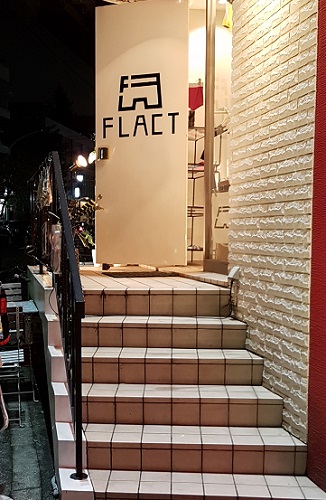 I don’t usually take photos of this sort as I don’t believe mockery is an edifying pastime; however, in this context the example is useful. When I happened upon this sign during one of my evening strolls I couldn’t help but read FLACT as flaccid. Heaven knows what that word or sound might mean—if it means anything at all—in Japanese, but in English that’s likely not what might be wished by the gentleman choosing the briefs.  How might I avoid doing something similar when faced with choosing characters for an elegant flower?

My apprehension was heightened after I received two pages of options I might consider for rin alone (and none for dou) without any guidance on which combinations might be auspicious or which pairings, if any, ought to be avoided. Had I been in Tokyo I could have invited a friend for a glass of wine and discussed it, but I certainly couldn’t Google them all. 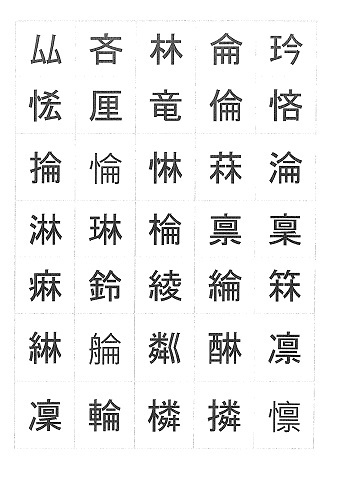 Though I was reluctant to put any of my friends on the spot with my problem via email, I had little choice. I sent half a dozen characters with meanings I found agreeable to friends in Tokyo who had a good command of English and invited their opinion. However, their responses—some incomplete, some contradictory—only added to my confusion. 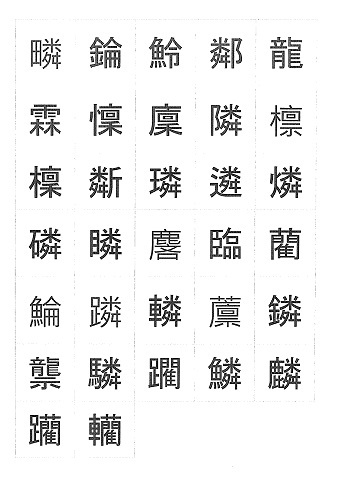 I begged off. Frankly, Chinese characters wouldn’t be of much use in Canada. I’d constantly have to explain them, plus I didn’t know how to write them. But no. The Services for Membership Department needed me to choose the characters as well as the name and offered their suggestion 竜胆. When I plugged that into Google translate the first meaning was bold. Not bad. 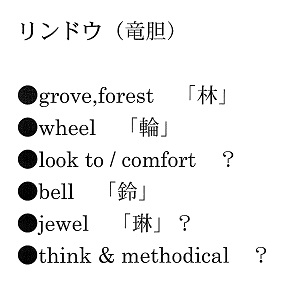 Then a friend to whom I sent the suggestion for her input pointed out that with the school’s option, pronunciation of the syllables changed when read by Japanese people. It wouldn’t sound like Rindou (phonetically reen doe) meaning the flower, but Ryudan (phonetically ryou tan) meaning dragon’s gall. Oops! Not quite what I had been aiming for.

Going back to Google (which can’t be counted on for 100% accuracy) the character given for dou did have a connotation of bitterness and gall. Was that gall as in audacity? Or bitter resentment? Was this a little shade in the guise of a flower name? Or something else?

“There’s a fine line between audacity and idiocy.”
Jim Butcher

In English there is an expression that a person has “a lot of gall” which is generally not a positive thing unless, of course, that quality of character helps a person succeed by bold action which turns out to be admirable. Steve Jobs who created Apple comes to mind. Therefore, it didn’t surprise me that the person who elaborated on this meaning preferred a different character for rin—one which meant jewel. That’s a bit prettier. 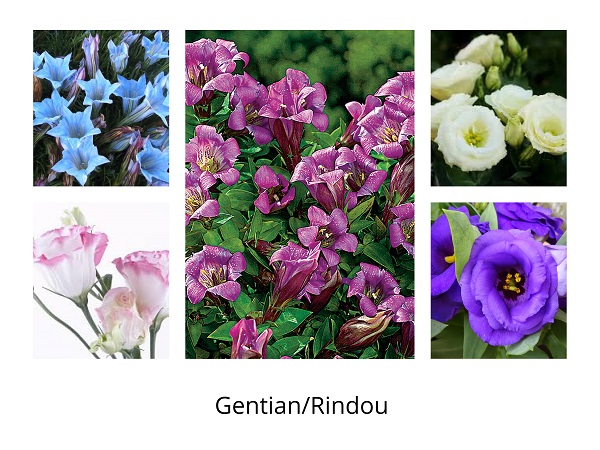 Yikes! The more input I received the murkier the matter became. I had no clear idea what I was choosing and became ever more reluctant to pester people for answers and certainly didn’t feel like matching something else with jewel.

When I asked Sogetsu for further clarification regarding the rindou versus ryudan pronunciations and bitter meaning I received this reply:  The root of the Rindou is used for Kampo (Chinese traditional medicine) which has a very bitter taste.

Then I turned to a Canadian friend with a degree in Japanese literature who offered the most coherent reply I’d received throughout the drawn out correspondence.  There are markedly different independent, alternate translations of the two kanji. “Rin” could be translated as perhaps “imperial” or “elegant” and “dou” as perhaps “courage.” He recommended that I opt for the school’s suggestion. 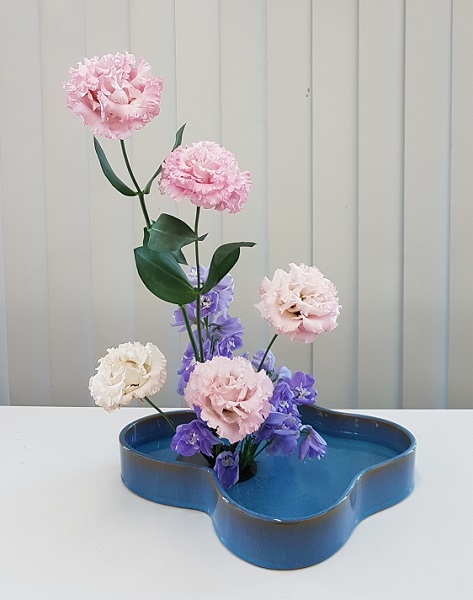 The number of times he used “perhaps” notwithstanding (the Japanese language is abstruse after all—a matter of considerable national pride), I trusted this. After weeks of navigating ambiguous answers, that was the best I could do without starting over. I chose the Chinese characters 竜胆 as the kanji for Rindou.

The bold aspect resonates. More than once during my time in Tokyo my teachers encouraged me to greater boldness or praised designs which demonstrated it.  Thus the name should remind me not to hesitate or avoid creative risks. Considered philosophically, the bitter element of the healing properties in the flower’s root enhances rather than diminishes its merit.

Plus, if there’s something subversive or naughty I’ve inadvertently missed, no worries. I’ll try to live up to it. Or live it down. Whatever the case may be.