Posted on January 3, 2018 by Lynda Philippsen

Though it wasn’t on the trip “To Do List” I was open to being tempted by Tokyo fashion. I’ve bought beloved and timeless clothing in Japan that is still going strong more than a decade later. However, on some previous trips I didn’t have room in a single carry-on suitcase for purchases. This time I do. 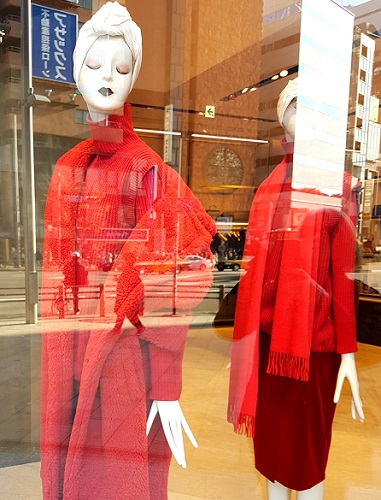 I looked forward to temptation, especially the kind of temptation that doesn’t come back to bite me. However, I am bitterly disappointed by the new direction current fashion trends have taken. 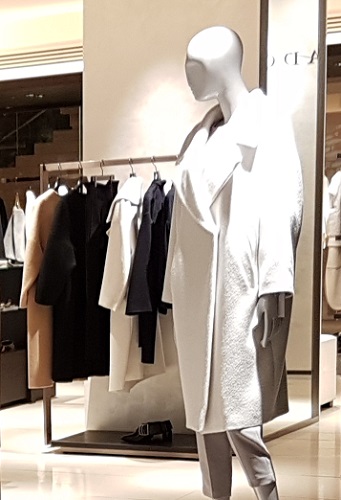 Coats are over-sized wrap around garments often with slouched shoulders and wide belt ties in all manner of fabrics and textures which include felt, fleece, corduroy, chenille, fake fur and shag carpet.  I can only describe it as bathrobe dressing. Not only bathrobe dressing but also bathmat dressing. 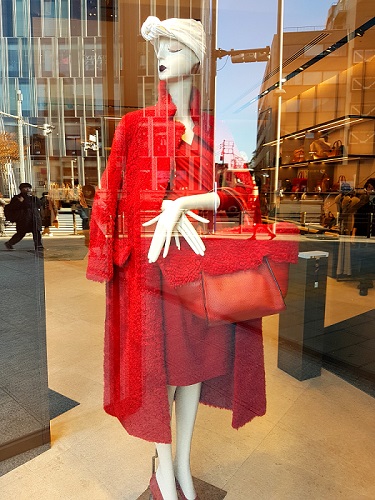 Under these, women wear wide, boxy sweater dresses or oversized sweaters with baggy elasticized trousers or slouchy skirts. I acknowledge that it must be comfortable and hides all manner of lumps and bumps of an imperfect human body.

I have to admit, as styled by the window dressers the photos look fine, but the look fails to flatter anyone who is not an inhumanly tall, plastic window mannequin. In addition, I haven’t done people the unkindness of candid photos without their permission on the street. There it looks as if the wearers have rolled out of bed and stumbled into the pavement. 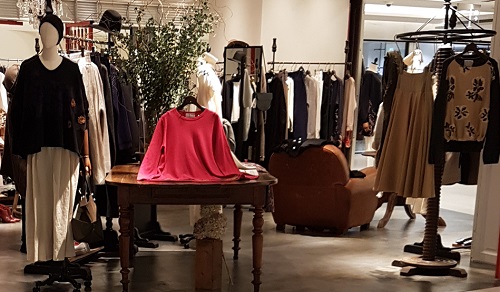 Worn with the ubiquitous UGG® boots, (or worse, thick stockings or ankle socks in high heels which are so popular here even in warm weather), the impression is that the wearer was forced into ill-fitting clothes out of post-refugee need and desperation. The only accessory missing is a purloined shopping cart.

If the trend has a redeeming feature, perhaps it’s that fashion has a short shelf life. It  already says, “So 2017.”Alas, I’ll have to look for temptation elsewhere.

This entry was posted in Japan, Travel & Culture, Reviews, This & That and tagged current trends in Tokyo fashion. Bookmark the permalink.