Saturday evening I was about to go out for another round of exploring DESIGNART TOKYO 2018 when thundershowers hit the city. Instead, with soft jazz streaming I poured the wine, laid out the bread and cheese, and pulled out the computer. 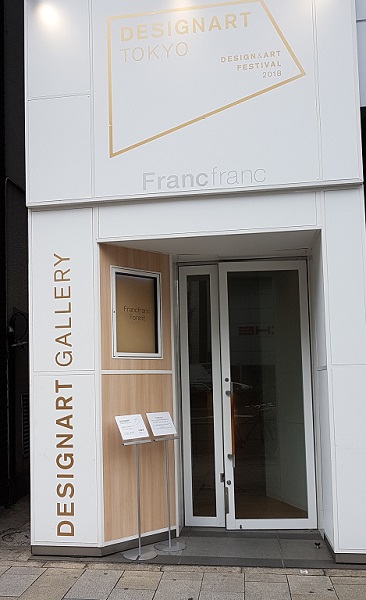 Oh where should I start? Okay, let’s start with the camera and its tendency to distort things. Most especially the high definition ones we are blessed with currently. Images are so often deceptive. Mere pixilation of perceptions and manipulations of light. Below I look into a mirror which is part of the Francfranc exhibit DESIGNART TOKYO 2018. On Thursday I’d created something a little out there (but Sogetsu is like that). I’d manipulated mimosa branches by braiding them and used an oddly shaped container. This past week I’d deliberately taken a more playful, let’s see what happens if approach.

Sensei’s comments about the results were quite positive.  However, the camera showed the scale-like leaves and gray-toned green of the mimosa as rather reptilian, an unfortunate cross between an octopus and a lizard. At least, that’s what the inner tiger-mom said.

Thankfully, in ikebana, when that happens the great blessing of the art form is that can go straight to compost.  In Sogetsu, another blessing is that outré is a desirable normal. I guess that’s what you could define as win-win, but try telling that to tiger-mom. As I plan to visit a friend next weekend, on Friday afternoon I booked a Shinkansen (bullet train) ticket from Tokyo to Yonezawa.  The lovely young woman assisting me informed me that a five-day JR East Pass would be cheaper than the price of the single return ticket. Bonus! I now have two days after the weekend in which to go anywhere in JR East’s world for free. I have grand plans for that, but no reveal right now.

Friday morning and evening I had first explored some of the DESIGNART TOKYO 2018 festival which is on in various parts of the city for 10 days. 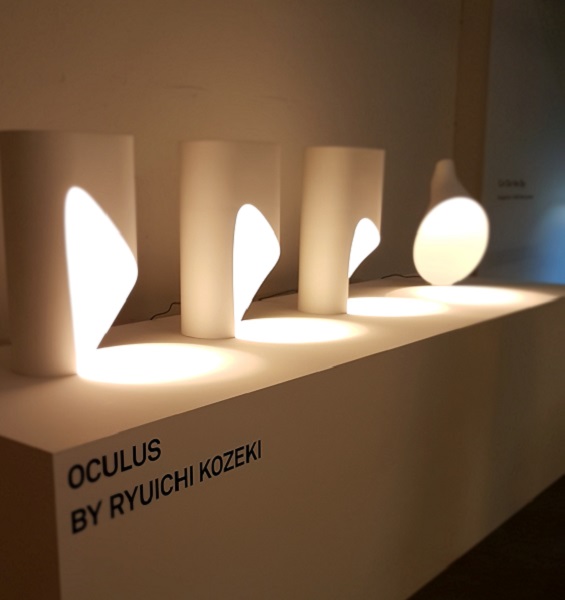 Businesses and ateliers and venues offer cutting edge installations and exhibitions too numerous to recount. Check out this chirping chair from the Audible Furniture Collection of Hemmo Honkonnen. 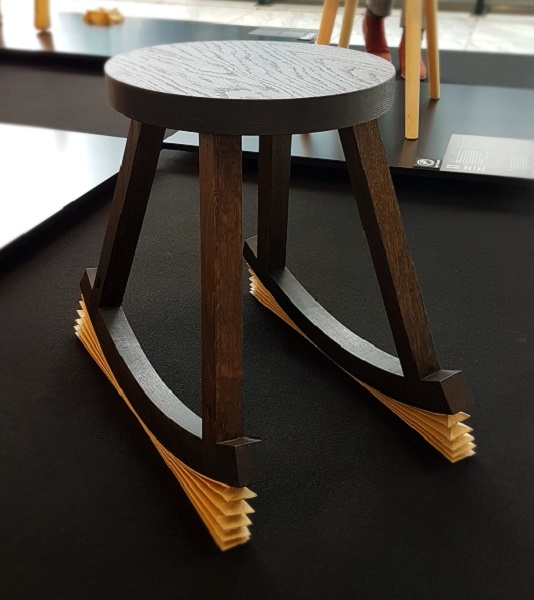 For several hours I wandered around my neighbourhood following the DESIGNART TOKYO arrows into delightful worlds of human imagination realized in concrete form. Below is Andrej Malinin’s undulating floor that acts like an acupressure mat and provides the illusion of walking on water. Then Saturday I met Vivian who had suggested brunch at a spot near Tokyo Opera City (TOC). Afterwards, on my way back downstairs toward the subway I passed the TOC ticket desk, perused brochures advertising upcoming performances in the TOC Concert Hall and (joy of all joys) obtained one of the few remaining tickets for the Rias Kammerchor Berlin, a top tier chamber choir, in early November.

Overwhelmed, I wondered how I was going to find the time to write about all of it. As I stepped out my door into the hallway I heard the answer pelting against the windows. Lightning and thundershowers of blessings.

This entry was posted in Japan, Travel & Culture, This & That and tagged Design Art Tokyo 2018. Bookmark the permalink.