Posted on February 23, 2012 by Lynda Philippsen

After nearly a week in a culture where people avoid making eye contact, a woman holds my gaze in challenge. How refreshing to stare at each other without being thought rude.

Her name is Marie-Gabrielle Capet, a painter of the Bourbon court and Paris salons. Though she is of humble origins and her scope constrained by her male counterparts, she knows just how good she is—how desirable, how masterful. There’s not an ounce of jozu ja arimasen (a commonplace Japanese assertion downplaying one’s accomplishments) in her. 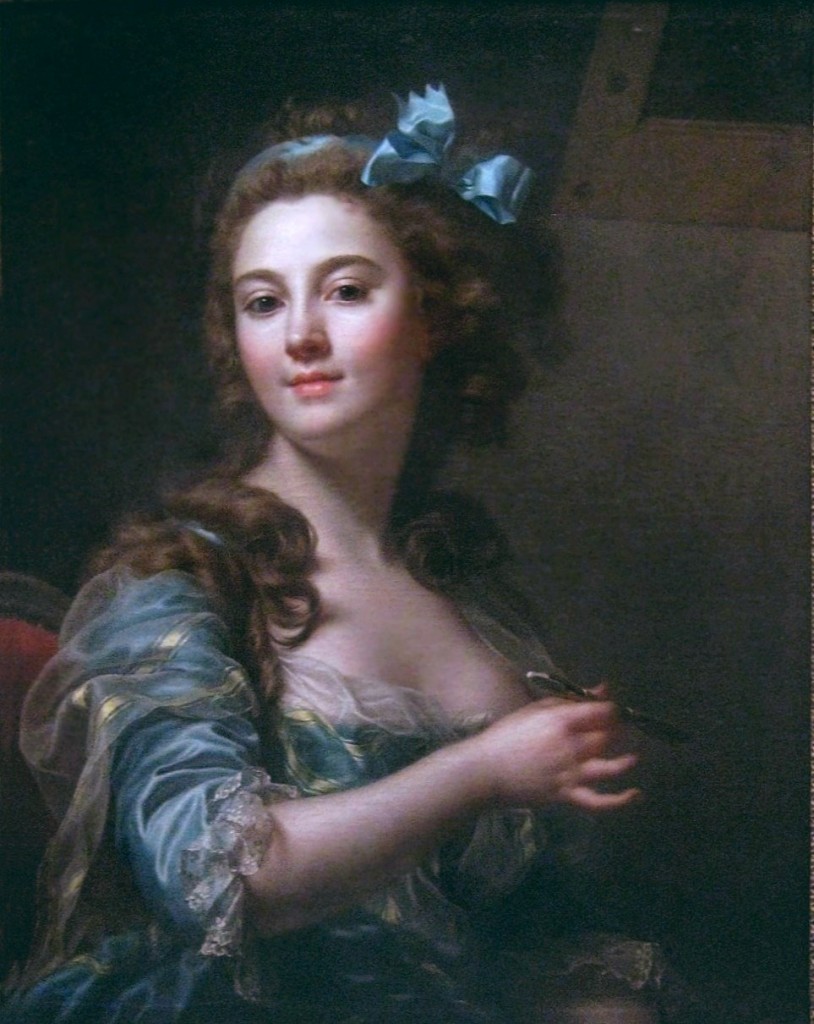 Her 1783 self-portrait, a marketing tool designed to procure commissions that now hangs in the National Museum of Western Art in Ueno Park Tokyo, remains provocative still. From an era which rendered women (at least those deemed virtuous) invisible, she paints herself in the Virgin’s blue, breasts swelling above her gauze-draped bodice. Her dark eyes—far older than her blushed cheeks, lips and jaunty ribbons suggest—command, disdain, entice.

After nearly 200 years, she remains defiantly present—and to me, unforgettable. She stares you down, sees that she unsettles you and knows full well who will look away first.

This entry was posted in Japan, Travel & Culture, This & That and tagged encounters with art, Marie-Gabrielle Capet 1783, National Museum of Western Art Tokyo, women painters. Bookmark the permalink.

One Response to Staring at Marie-Gabrielle