Posted on December 31, 2011 by Lynda Philippsen 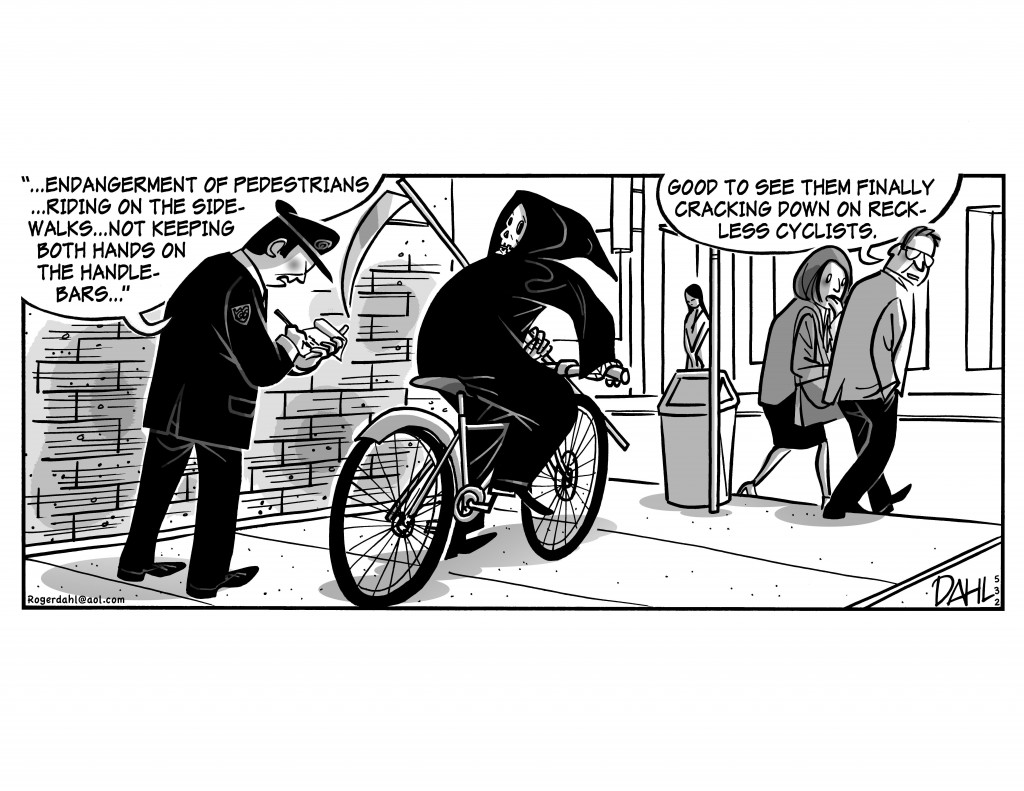 While chatting at breakfast with a career diplomat on leave from Kabul, he says: It’s nice to be back. It’s so safe. No worries about suicide bombers.

You’re right, I answer. You’re more likely to get killed by a bicycle.

Usually helmet-free, students of all ages, salary men and seniors alike navigate the sidewalks on two wheels. Mothers with two, even three toddlers strapped to their backs and plunked into baskets along with the groceries push past on sturdy legs. Well-heeled and immaculately coiffed matrons ride ramrod-backed. When it rains they hold umbrellas. Sometimes texting on their mobiles or weaving in and out between pedestrians, cyclists routinely clip little tykes and hapless shoppers—or worse—as they cut in and hurtle past.

Although many streets are simply too narrow, it seems only sensible to have designated bicycle lanes on the widest Tokyo sidewalks. Unfortunately, most cyclists fail to comply with existing laws and rarely stick to their side. Sometimes their bells jangle warnings to those on foot. Often they do not.

Local pedestrians seem fearless; whereas, I repeatedly freeze in place until the two-wheeled bombers pass.

However, I’m not likely to be killed by a bicycle. While fatality percentages for cyclists are increasing alarmingly, Tokyo ranks nineteenth world-wide for all pedestrian fatalities. Not even 2 persons per 100,000 and well behind major US cities, Copenhagen, Amsterdam, London and Paris.

Still, in a city of more than 13 million, that stat adds up. Pedestrians, be aware.

This entry was posted in Japan, Travel & Culture and tagged Bicycles and Pedestrians in Tokyo, Dangerous Bicycles in Tokyo, Japan travel. Bookmark the permalink.

One Response to Bicycle Menace