Noshing and Nosing in My Tokyo Neighborhood

Posted on December 1, 2017 by Lynda Philippsen

It is the most unnatural thing in the world for me to point a phone at something and take a photo. I wasn’t much better when carrying my Canon Elph. So often when sifting through the digital files for an image of something I’m writing about, I realize I didn’t take one. 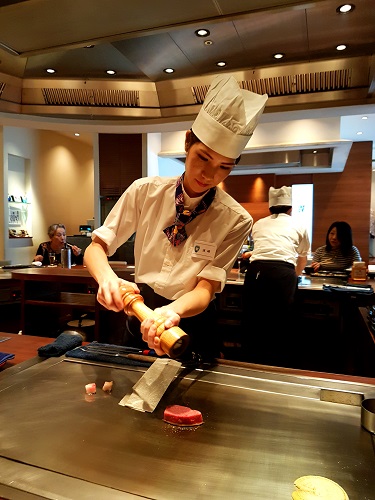 And of course, in my last post I promised more about nosing and noshing. Now as I need to deliver I’m in the same spot. Not much image-wise to offer that can capture a fraction of the last month’s gratifying meals.

I’m lucky. I have awesome restaurant radar. I can stroll past the premises and am drawn in as if magnetized. Sometimes it’s the aesthetic of the exterior or what catches my eye through the window, other times it’s the aroma as I pass.

Once it was a pot of flowers and empty wine bottles on the stoop that drew me in. Other times, it’s a person in the doorway who offers an irashaimase, a welcoming greeting which happens frequently on a resutoran gai, a floor in a Japanese department store (depaato) devoted to numerous dining options.

In addition it’s my good fortune to have chosen a neighbourhood full of not only Japanese, but also French, Spanish, Italian venues, numerous wine bars and more, all within easy walking distance. Some I have literally stumbled into by deciding to take a walk down a dark street. Others were a respite for my aching feet on a resutoran gai after hunting down something missing from my apartment or spending hours in museums.

Some establishments offer English or picture menus. Others don’t. Sometimes someone on staff speaks passable English. Other times it’s a no go with Eigo. Then I do my best with marginal Japanese and ask for the house specialty. That’s like buying a brightly wrapped mystery bag. Who knows what will arrive at the table?

That got me an appetizer course of assorted salted intestines followed by mains which also included bonito, red snapper and squid offal when in 2007 I tried high-end o-banzai cuisine at Banzai in the Hotel Granvia’s resutoran gai. Was I surprised? Oh yeah. Did I eat it? Of course. The whole place was (discretely) watching me. 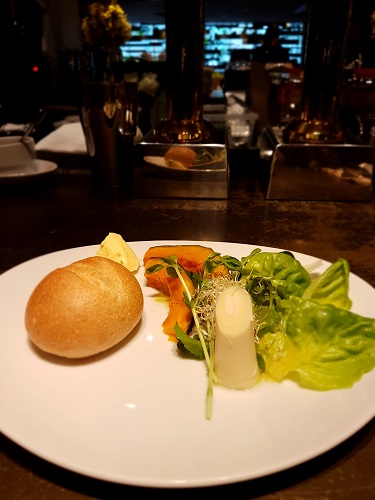 Perhaps because I’m staying longer and can explore more options this time, or perhaps it’s because of the various challenges in relocating to a complex and largely unfamiliar environment, but I’ve been drawn to comforting continental-style food. That said, I’ve enjoyed soba, sushi as well as tonkatsu regularly, too. But what’s not comforting about any of those, especially when enjoyed with a delightful Nihonshu (or sake as it’s called in the West)?

After a month of numerous culinary delights, these are a few of the highlights I remembered to snap: 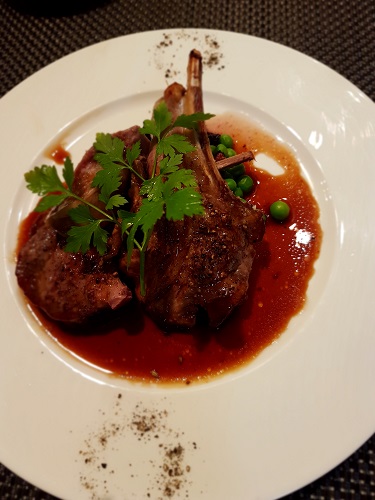 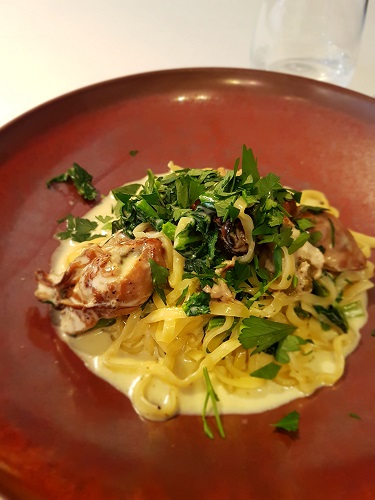 Made in-house pasta with smoked oysters in cream at Trattoria Firenze Santa Maria about 200 meters from my doorstep.

Grilled sardines and radishes in the French country style with a hearty salad at Lemon House Café also less than 5 minutes’ walk away. They also stock a cellar of numerous regional wines of France. 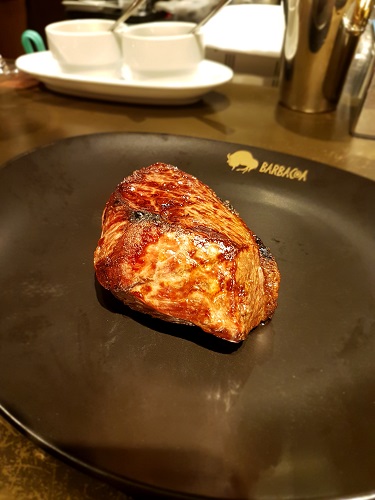 More steak in the Brazilian style with salad at Barbacoa Churrascaria in Roppongi.

Various cheeses, charcuterie, salads and grilled meats and other small plate offerings at Cellar Wine Bar in Omotesando and at Wines House in Minami-aoyama. 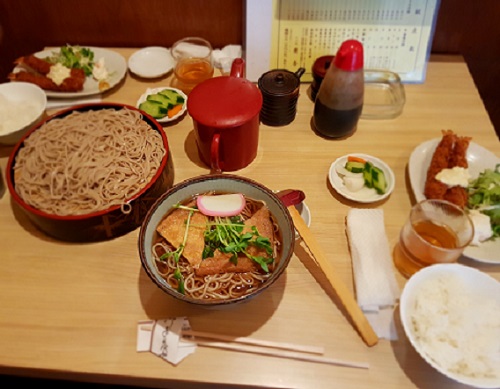 Handmade soba with deep fried shrimp, rice and salad in a steamy little shop in Yanaka Ginza for less than 8 bucks Canadian. 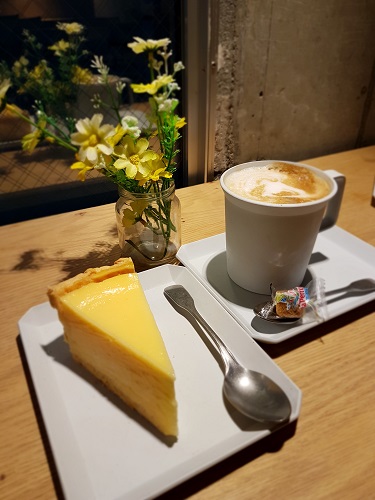 Plus, the best lemon tart of my entire life from Citron, not 500 meters from my front door. As it may never be mine to savour in quite the same way ever again, that bit of pleasure I indulge more frequently than should be confessed. Carpe citrea! However, that’s a story I’ll save for another day.

This entry was posted in Food, Wine & Restaurants, Japan, Travel & Culture and tagged Noshing and Nosing in Tokyo. Bookmark the permalink.