Posted on December 3, 2017 by Lynda Philippsen 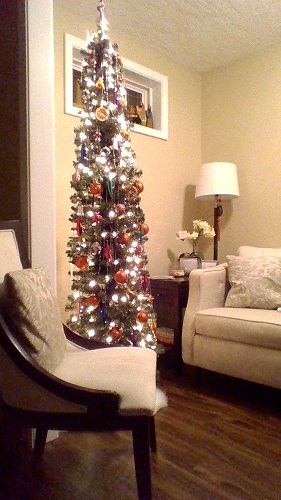 I’ve put up a Christmas tree every year since 1973, when as a UBC student I lived in a flat in Kitsilano, Vancouver. That year I sourced a 60-centimeter fir tree, but because I couldn’t afford a stand, put it in my metal waste bucket which I filled with stones collected from the beach four blocks away.

I decked it with a single string of lights for 99 cents and 10 glass baubles from the drug store for two dollars. When those went on sale for 50% off after Christmas I stocked up for the following year, beginning a long tradition of collecting ornaments and Christmas delight. 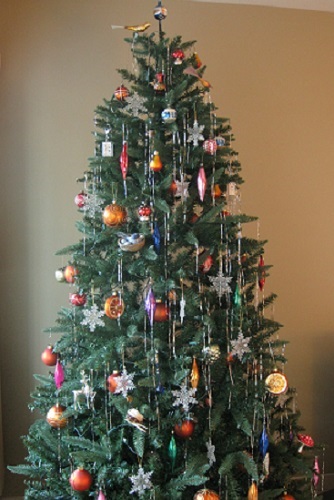 Though I have accumulated numerous precious, memory-laced pieces over the years, 0ne of my treasures is a bauble from my Grade 5 teacher, Mrs. Clara Mansberg. Many kids broke theirs before they got on the bus, though few cried about it as she was a demanding and not well-loved teacher.

However, even though she wasn’t always fair and not at all lovable in a charismatic way that some (not always competent) teachers enjoy, I respected her. The three years spent under her tutelage gave me a firm grounding in many skills that I continue to rely on today. 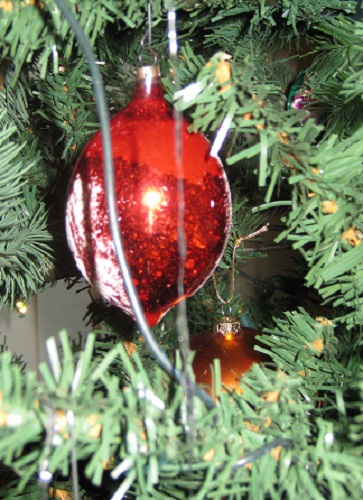 That bauble hung first on our family’s tree and later my own trees—but not this year. I wasn’t going to risk crushing or losing it. But I digress.

After I sourced this year’s tree at Nitori in Tokyo, I saw that the string of 10 pea-sized lights included wasn’t going to be quite enough for the atmosphere I wanted to create. I also wanted to stick to my habit of having the tree up by the last week of November. Once again I was on the hunt.

Though my apartment is conveniently close to the Sogetsu School, I live in an area that is home to Ferrari, Bentley, Lexus, Tesla, and Porsche, as well as numerous top-tier fashion houses of Europe, the USA and Japan. Finding inexpensive stuff of any kind is no easy feat. LED lights are no exception. Even so, I wasn’t going to let the tony side of Tokyo get in the way of setting up a charming but affordable tree this year.

By asking around I discovered a subterranean hardware store across from my usual grocery store. I bought a string of 50 fairy lights, and I thought I was done. Alas, no. That string did not provide a serene, steady glow among its multiple-program options. Non-stop, fit-inducing flashing at warp speed is not for me.

In moments such as these I bless the innate stubbornness of my Philippsen DNA which, more often than not, can be harnessed to good purpose. It wasn’t long before I learned of another chain of budget stores I might try. 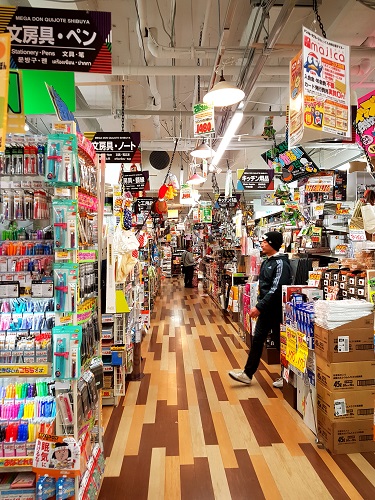 That’s how I ended up in Don Quijote, Shinjuku store—sometimes referred t0 as donki for short. It’s billed as a convenience store with groceries & household items, plus take-out sushi & other prepared foods. 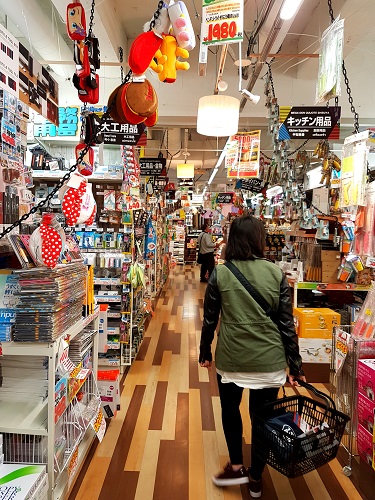 There I found myself in tunnels of garish-looking goods piled high, on multiple floors of crammed, noisy madness. Just the sort of place I normally avoid. What’s the attraction? Everything is insanely cheap. So cheap the place quite literally stinks—an oily smell like a cocktail of rubber tires and pesticides—no doubt off-gassing all sorts of chemicals I really shouldn’t be breathing. I can’t imagine (shudder!) buying food there. 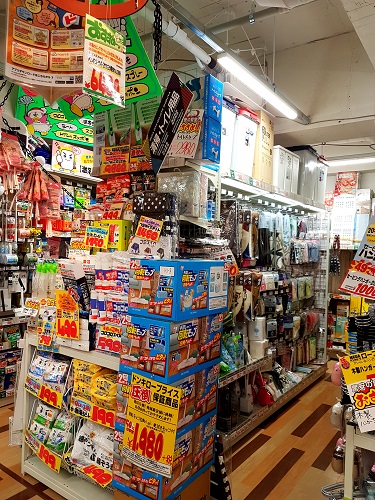 Oh the things we do for love—though I asked myself whether I had lost my mind when Customer Information told me that what I was looking for was on the fifth floor. How many levels of such insanity was I prepared to endure before I’d give up?  Why couldn’t I be content to simply make do?

Then Bingo! I found it: a thread of white lights, each one surrounded by crystal-like flower. Serene and sweet, though I still ask myself whether it was worth it. However, once the tree was decked out and the switch thrown, I had to admit it was pretty awesome. 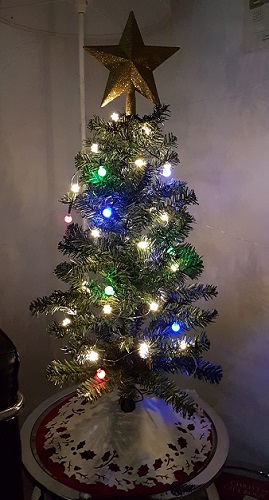 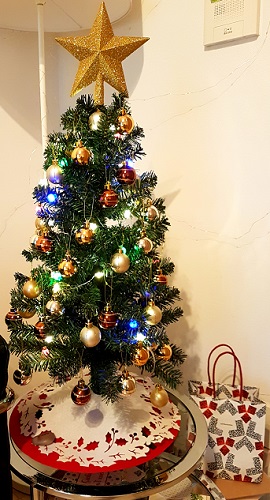 This entry was posted in Japan, Travel & Culture, This & That and tagged My Tokyo Christmas tree, O Christmas Tree, O Tannenbaum. Bookmark the permalink.