Posted on December 7, 2017 by Lynda Philippsen

Last Sunday I attended Tokyo Opera’s Der Rosenkavalier. It’s a tale of the Marschallin Princess Marie Thérèse, an aristocrat in a bittersweet dalliance with young Count Octavian. This, as all things do, must end. The inevitable is the inevitable; however, it comes so much sooner than expected after a petty quarrel and without a proper goodbye. 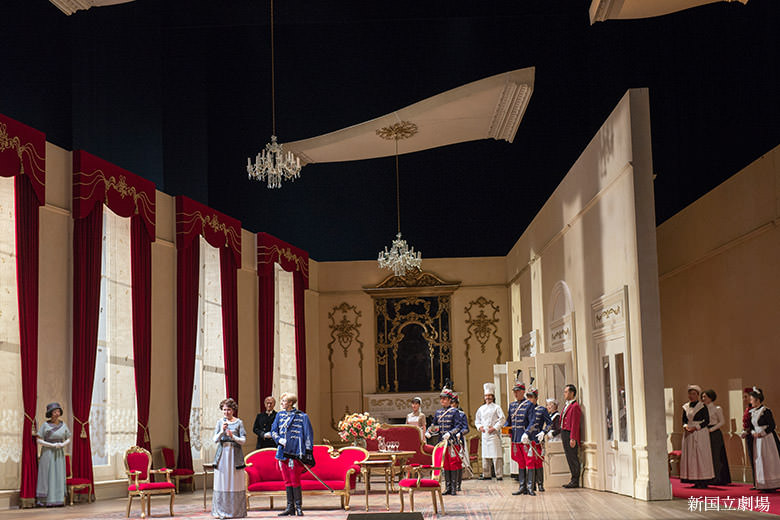 To make a very long (4 hours) opera short, Octavian is smitten by someone younger and that’s the end of that. The Marschallin has to give him up—which probably goes down as the most elegant and wrenching heartbreak in all of opera.

In contrast, the Marschallin’s cousin, Baron Ochs (meaning Ox), a vulgar and lecherous buffoon well past his prime, imagines he still has what young women want. His endless drunken antics are often cited as the reason this opera drags on. However, bass Jürgen Linn gave that role an endearing comedic touch that made every minute of his stage presence a joy. By the opera’s end I said forget the romantic hero, give me Ochs. Please.

Composer Richard Strauss managed to capture in music both the bawdy and the holy thing that love is. Having once loved someone, the memory of it is rather like a comet’s passing. Every once in a while the stardust and the exquisite anguish of it all circle back to mind.