Posted on December 9, 2017 by Lynda Philippsen 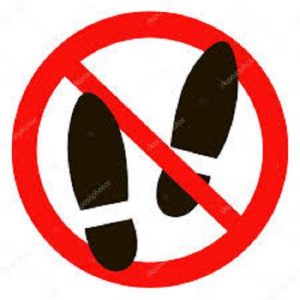 Friends traveled into Tokyo from Toyohashi to visit me yesterday. I met them at Gaienmae Station near my apartment as they wanted to see where I was living. That done, we were about to depart when I remembered my gloves. I quickly unlocked the door and without bothering to remove my boots, took three steps—it’s a small apartment— into the kitchen to grab them from the chair.

My visitors gasped loudly in unison.

Later, one of them asked, “Do you always wear your shoes in the house?” The answer to that should have been self-evident as I took them off and lined them up the proper way (pointing toward the door) when we entered.

No, I explained, I simply couldn’t be bothered to pull my boots off and put them back on for a few steps. For the distance traveled the hassle wasn’t worth it. My socks would pull off. I’d have to fix those, then work the tight boots back on, and arrange the pants over them. It would take too much time and effort and I didn’t want to keep them waiting. Forget it.

I don’t know whether they found it a reasonable explanation, but it’s one of those things where I feel free to take some license with certain Japanese rules. Sometimes–when it’s more sensible to be flexible–but not always. In certain instances like offering my train seat to someone older or holding a door or saying thank you for a service I never take liberties.

Speaking of flexibility, I fail to understand Tokyo’s citizens who seem to think it’s perfectly acceptable to keep using the crosswalk as an ambulance with its lights flashing and sirens yowling slows down to make way for them. Meanwhile, the ambulance personnel on loudspeakers urge people–in polite language onegaishimasu–to clear the path. 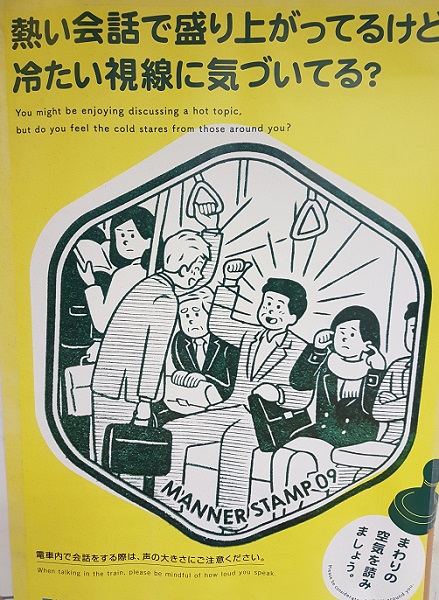 The other day between Ikebana classes two Americans and I went out for lunch. On the way back we were chatting amicably and animatedly, laughing and enjoying ourselves in the afternoon sunshine.  As we crossed the street I became acutely aware of the sepulchral atmosphere around us. Though we were anything but loud (in the sense that anyone else could hear the conversation we enjoyed), we were not behaving like anyone else.

Did I suggest that we take a cue from the crowd? Nope. It was too joyful a moment to dampen with norms not our own. How far should you go to try to be polite? Besides (I can rationalize anything) that would be applying a train rule to the street, a street on which emergency vehicles are routinely ignored. Overkill.

However, I do have to be careful not to blow my nose into a tissue when there’s a chance that someone might see. That’s the height of grossness and rudeness in Japan. My poor sinuses. I owe them a deep apology. They’re working so hard to maintain the right nasal environment and hastily move the mucus out. However, unless I am in a private space, hot soup notwithstanding, I must constantly sniff and attempt to suck it back in—something many of us in the West find more than repugnant. 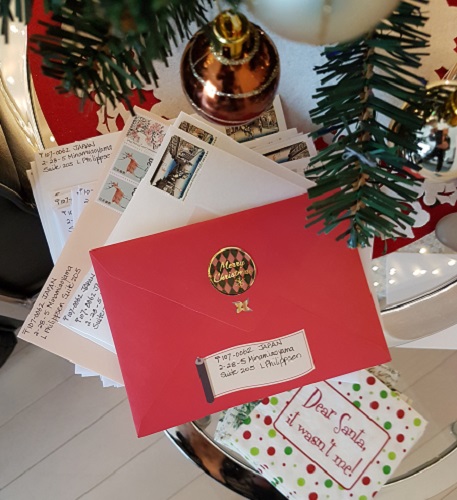 Although I can’t be sure, perhaps cultural norms explain why the envelopes for the Christmas cards have no glue on them. Is it considered too gross to send something you’ve licked? Or perhaps card envelopes are still tucked closed in this country and only letters and parcels sealed. My research is incomplete on the question; however, if licking is not favoured, there’s always a sponge. Thank goodness I traveled with basic office supplies, including several types of tape. 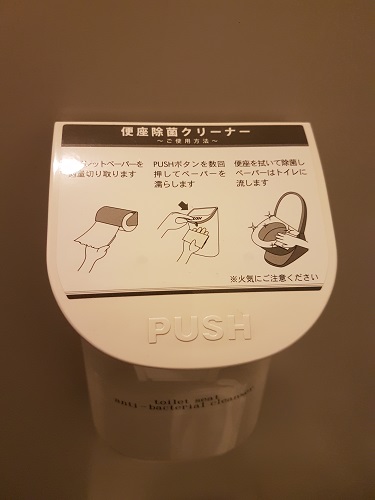 Then there are the receptacles in women’s washroom stalls with cleaner for the toilet seats. I’m curious. Are these also standard in men’s? Or are only the women of Tokyo keeping their Toto seats sanitized? And are you supposed to do this before or after you sit?

Confession: This is one woman who will clean her own bathroom. Period. You’d have to pay her to clean others. Even then, my Tourist Visa valid for 90 days does not allow me to work. I’m covered. As I said, I can rationalize anything.

This entry was posted in Japan, Travel & Culture, This & That and tagged Cultural norms, different habits, Reasonable flexibility with rules, Rules and expectations. Bookmark the permalink.