Finishing up with Autumn

Posted on December 12, 2017 by Lynda Philippsen

Winter is settling into Tokyo. But not that many days ago Jingugaien, the ginkgo avenue with its four rows of 146 trees on both sides of the street, was a splendid sight. 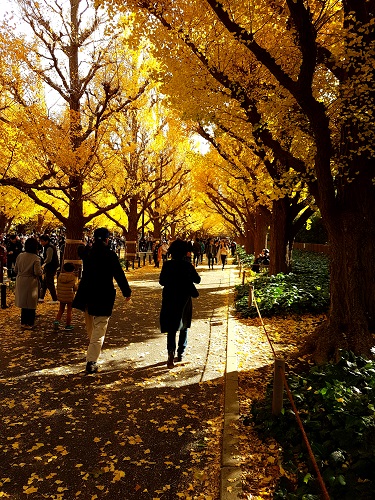 On a sunny day a wind came up. What a perfect time to go out and enjoy a golden rain. 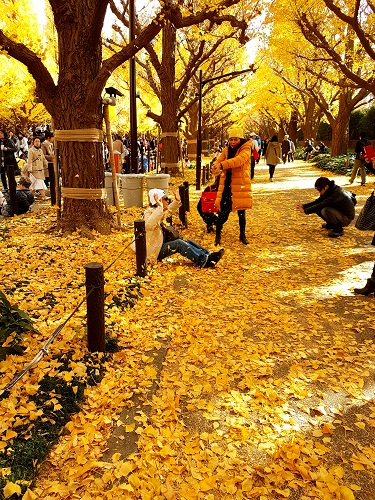 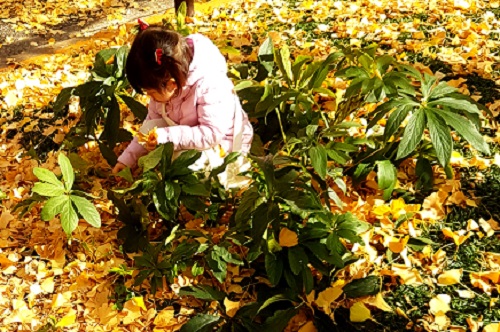 I walked the entire avenue, and arriving at the junction of Jingugaien and Aoyama-dori I had the thought that I might never do this again.

Really? What nonsense. Forget it. Carpe momentum rursus. Seize the moment again–and yeah, I made that up. (#creativedefiance)

I turned around, meandered back to where I’d started, turned again and dawdled back. Two days later the street was a dusty brown bust. Mono no aware. Transience. The evanescence of things. 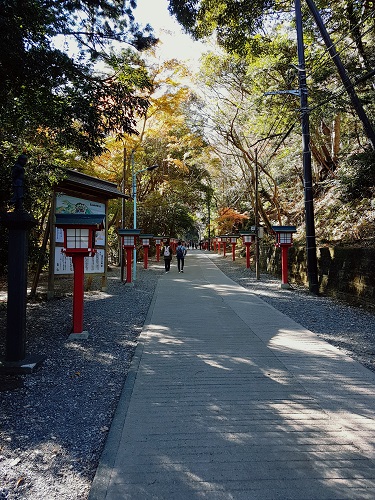 Not long after, I spent a day traveling to and walking up Takaosan (Mt. Takao), a knoll about an hour out of the city by train with an elevation of 599.15 meters. It’s a prime spot for koyo or autumn leaf viewing and, with some luck, catching a view of Mt. Fuji. 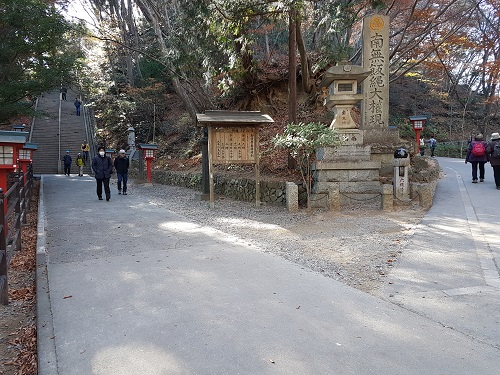 As it’s almost three times the elevation, I thought that would be tougher than Mt. Douglas in my Victoria neighbourhood.  Before leaving, I had been walking that hill almost daily for several months as conditioning for all the walking I knew I’d be doing in Tokyo.

However, Mt. Douglas starts at sea level. Takaosan which is inland does not. That and the fact that I took the chair lift which cut off another chunk of the vertical distance made for an easy stroll to the summit. In that section, the grade was considerably less than Mt. Douglas’s meter up for every meter in distance. 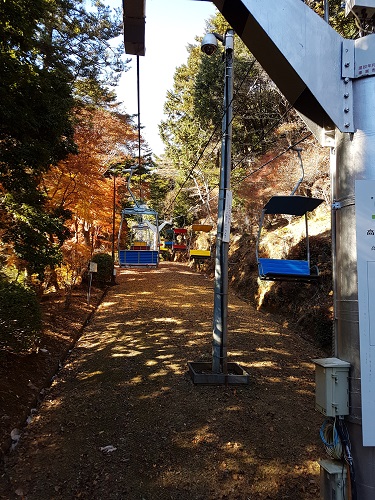 From the chairlift the views up the mountainside were gorgeous. However, I was surprised that there were no safety measures such as crossbars on the slippery painted seats. Any lurching stop could easily tip a rider out. From various points along the way, even with the hazy view, many of Tokyo’s familiar landmarks could be easily identified. 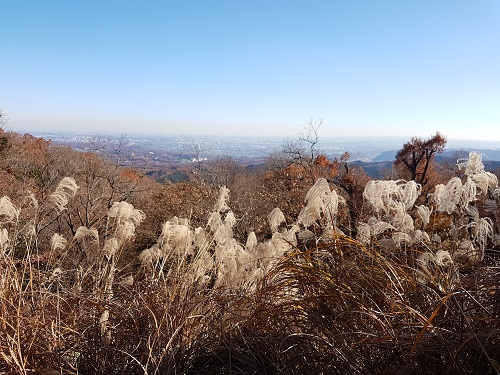 From the summit I also had the great good luck to be rewarded by a view of Fuji-san. That’s always a dodgy prospect as mountains often hide in clouds. I didn’t get a clear, blue-sky backdrop but that’s no complaint. 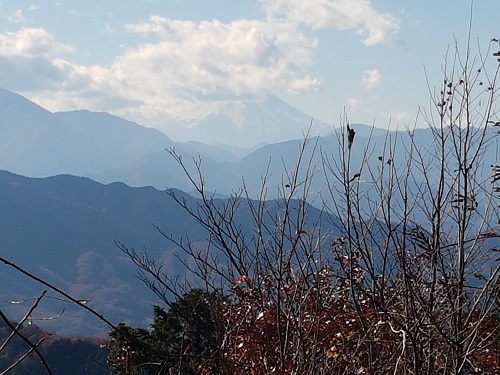 Now that the leaf-viewing season has passed, various illuminations across the city take their turn. I’ll be heading out to some of those very soon. Kurisumasu (which really can’t and shouldn’t be confused with Christmas) is around the corner. Fast away the old year passes, / Hail the new… .

This entry was posted in Japan, Travel & Culture, This & That and tagged Autumn in Tokyo, Jingugaien, Koyo, Takaosan, Tokyo's Ginkgo Avenue. Bookmark the permalink.