Posted on February 18, 2016 by Lynda Philippsen

In addition to the rich culture of Japan, one of my favourite subjects is Japanese ingenuity and innovation. Recently I was delighted to offer a story “From Tank to Table: Granpa Dome Revolutionizes the Factory Farm” to Modern Agriculture, a quarterly magazine published in Abbotsford, B.C. The story appears in the February 2016 issue.

After a career in banking, Japanese entrepreneur Takaaki Abe entered a second line of business in his early sixties. In 2004 he formed Granpa Co and developed the dome factory farming system. 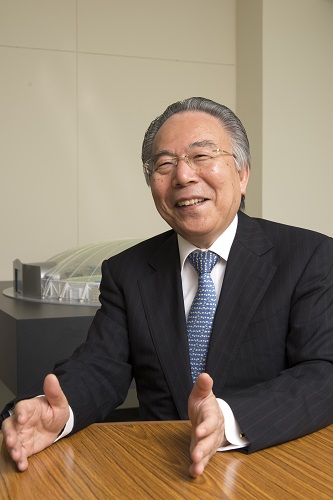 A Granpa Dome is an engineering marvel.  A sophisticated, self-contained environment under an inflated fluororesin dome, the farm is controlled by the dome’s computer system which can be operated manually, automatically or remotely. 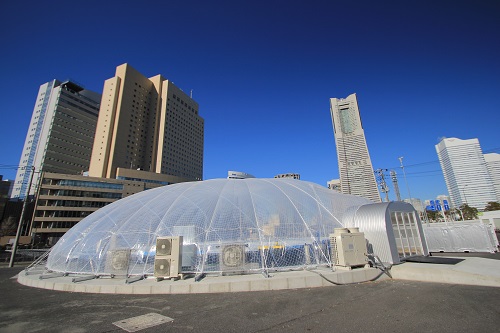 Acquisition of the business and agricultural knowledge necessary to operate a dome farm can be achieved  in 50 days, making the system is attractive to potential entrepreneurs. Then, after operational training Granpa Dome offers ongoing support services. 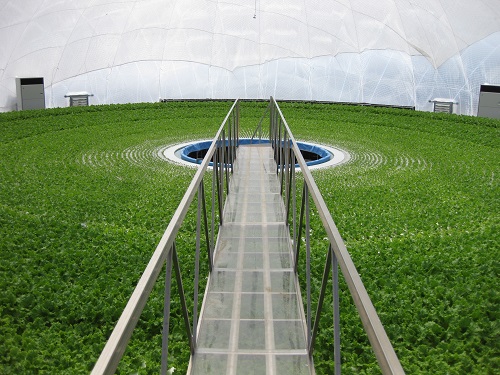 After the Great East Japan Earthquake and Tsunami of 2011 destroyed much of the farmland in the Tohoku region and radiation contaminated some areas, Granpa Dome set up two factories in Iwate and Fukushima prefectures to create employment and re-establish food production. Now there are twelve Granpa Domes working to speed recovery throughout the affected region. In addition, Granpa Co has begun to expand overseas.

Now in his seventies and still leading the company as its CEO, Abe continues to promote the Granpa Dome system from his Yokohama base. It is always a pleasure to share inspirational stories of people like Takaaki Abe whose innovation and entrepreneurship remind me that age is no barrier to human imagination or success.

To read the entire story click here: From Tank To Table by Lynda Grace Philippsen