A new answer for what do you do?

Posted on December 23, 2015 by Lynda Philippsen

After moving to Kanazawa my friend Kanako mentioned that she often couldn’t understand the regional accent and found it a challenge to communicate sometimes.

Fortunately, I remembered that when I couldn’t make myself understood in Japanese. One evening, returning to my hotel via taxi a curious driver asked me where I was from. Answering in Japanese I replied that I was a Canadian. My home town was Abbotsford, a small city located 80 kilometers east of Vancouver.

After that the usual verbal pas de deux in Japanese ensued: Your Japanese is very good.

Then the culturally appropriate demurral: Not at all. I don’t speak very well. I don’t understand very much.  But I want to improve.

At that point, I was more or less out of small talk. If asked, I could answer a few things, but not many. Once I’d got this far I usually lapsed into silence and my driver did the same.

A few minutes later he asked me what I did for a living. I’d prepared for the question and could answer that I was a writer. However, he didn’t seem to understand what I was saying. After repeating the word sakka a couple of times fairly sure that I was pronouncing it correctly (there’s not a lot of ways to go wrong with the word), I remembered that Kanako had said most people would also understand raita—one of the many Japanese words borrowed from English. Eeeeh? That seemed to confuse him even more.

Intanetto brogu I said, hoping that like hoteru (hotel) or biru (beer) or rubu (love) that might be close to the way internet blog might be pronounced if it existed as a borrowed word. However that can be tricky. Biru, for example, if pronounced with a shortened i sound is a building. Perhaps I was screwing up enough vowels in sakka and raita to lead him astray.

Then he started to laugh and jabber way too fast for me to catch any of it—until he started miming the flicking of a cigarette lighter. He couldn’t figure out what kind of a job a lighter was. But sakka and raita now made sense. I understand. I understand. And we both laughed at the absurdity.

In his mind he’d been hearing English—a not uncommon assumption Japanese people make when non-Japanese speak to them in their own language. Accomplished expat speakers who have done post-graduate work in Japanese or lived in Japan for decades tell stories of Japanese people telling them they don’t understand English after being addressed in Japanese. That’s just how it is.

But I don’t mind being a lighter.

Stories are light. Light is precious in a world so dark. Begin at the beginning. Tell a story. Make some light. (Kate DiCamillo)

There is no lighter burden, nor more agreeable than a pen. (Petrarch) 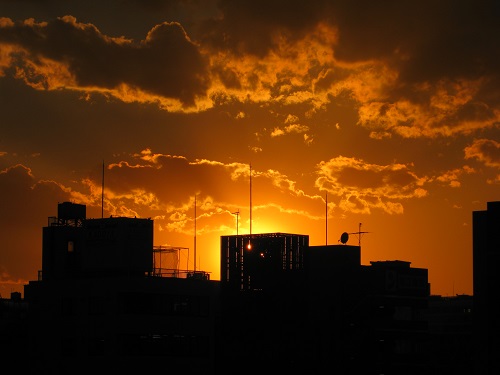 This entry was posted in This & That and tagged what do you do. Bookmark the permalink.