Cultural Habits From Japan: Thumbs Up, Thumbs Down

After traveling extensively through Japan and living in Tokyo for several months at a time, I’ve integrated a number of habits acquired there with my life in Canada. However, some things done in Japan simply do not fly with me. 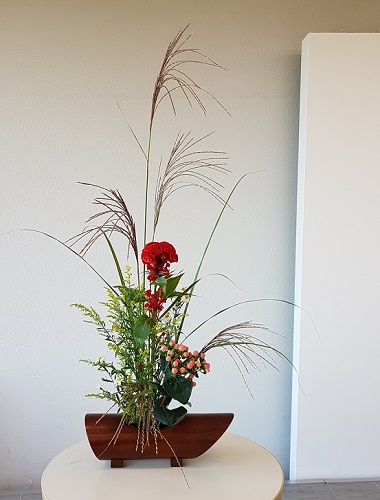 For instance, nothing will entice me to sniffle instead of blowing my nose when hot soup, allergies, a virus or cold winds cause it to run. Nothing. Not there and not here. When in Japan I make sure to step into a washroom or discretely turn away and dab, though I wonder at my solicitude for Japanese sensibilities when I have regularly seen men booger mining on the trains. Seriously. It’s a widely publicized fact that the rudeness of foreigners offends the locals; however, that lack of charm works both ways.

Nor will I loudly slurp noodles and hot drinks. Perhaps it improves the flavour. I won’t dispute the connoisseurs on that point, but I will happily sacrifice a modicum of flavour for the noiseless consumption of food. 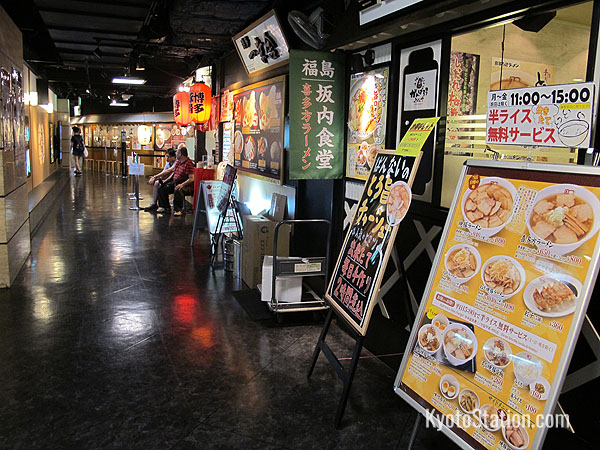 Ramen-mad Asia can’t get enough of noodles whether instant in a cup or handmade. In Kyoto Station the entire 9th floor Ramen Street offers numerous variations to tantalize noodle fandom. Specialty noodle shops are everywhere across the country, and Yokohama boasts a Cup-of-Noodles Museum where you can design your own and take them home as souvenirs. 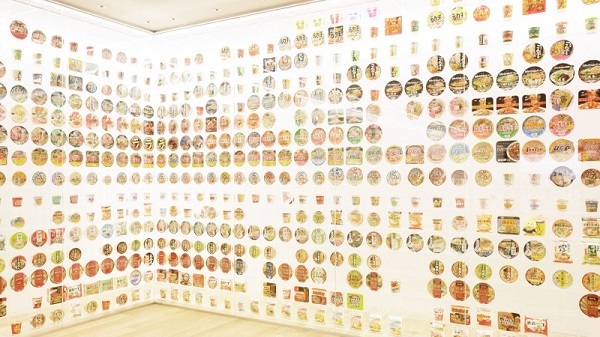 To each her own. Carb-high noodles are simply not my thing. I’ll eat them, of course. An occasional pasta dish is not distasteful; however, I don’t make a habit of it. 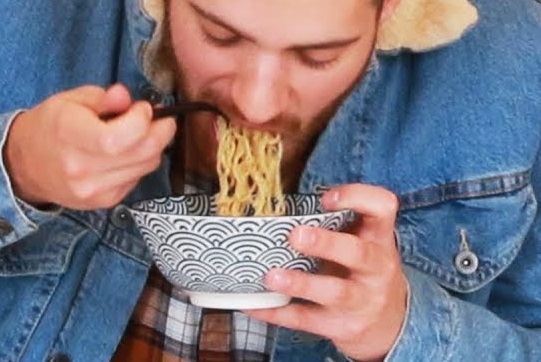 And running right behind gross odours, I find nothing quite as off-putting as a hot, steamy room full of heads bent over noodle bowls sucking up and slurping the stuff accompanied by copious sniffling. It reminds me too much of troughs on the farm. I’ll pass.

That said, I make an exception for soba noodles, especially if an artisan who has spent a lifetime growing his own buckwheat handcrafts them. Yum! And since I once saw an elegant woman lift her noodles out of the bowl and into her soup spoon, that’s what I do. 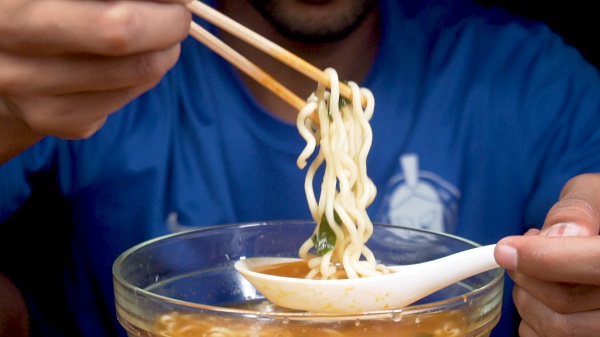 That method is also less likely to splash soup all over my chin and clothes. If anyone wonders what the weird foreigner is doing or finds her odd, should I care? Frankly, I don’t. Cultural exchange is not a one way street but involves give and take. Deal with it. 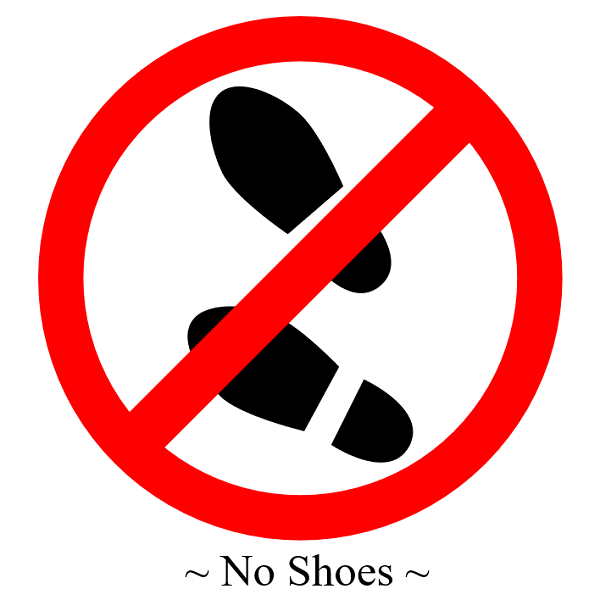 Although I complied with the custom in living spaces, hotels, restaurants, schools, castles, temples and shrines while in Japan, I also can’t get behind the tradition of no shoes in the house or no socks in the genkan (the sunken area in front of the entrance door where shoes are left when not put into the closet). 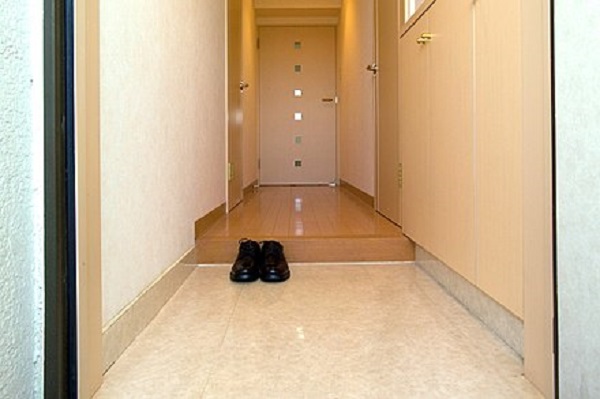 While many people all over the world choose the no shoes inside habit, if I’m satisfied that my soles are free of substances I don’t wish to track in, I find strict observance of such a rule impractical.  Because I find slippers a nuisance, I mainly wear socks or go barefooted inside. However, I can’t be bothered to drop everything I am carrying to immediately remove my shoes on entering only to have to pick everything up again. Way too much bother. But my Japanese friends gasped in dismay when I took three steps back into my apartment with perfectly clean boots on to grab the gloves I’d left on the chair.

That said, I do prefer and have adopted the idea of making the closet nearest the entrance into a dedicated shoe closet. In homes which often have limited and windowless closet space in bedrooms, I like to separate shoes from clothing. Then I can counter residual foot odor with deodorizers and have my shoes handy as I exit.  Quite sensible.

However, that’s not the end of the footwear hassles In Japan. Once shoes are off and stored in the closet adjacent to the genkan, slippers are worn inside. If there is a dedicated tatami room the slippers come off and only socks are allowed on tatami (flooring made of woven rushes). 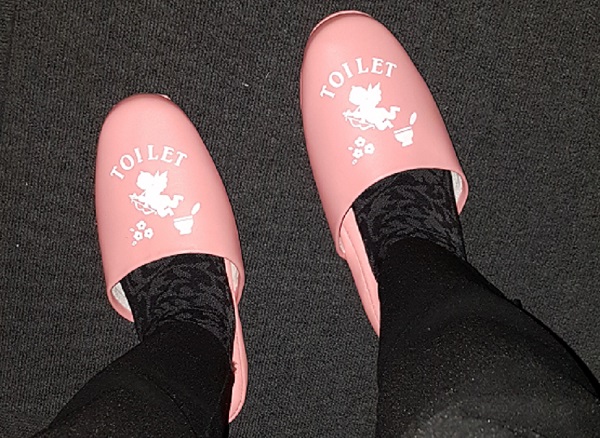 To use the toilet room you step out of your house slippers and into toilet slippers. Then you must remember to switch to your regular slippers on the way out or face a good deal of laughter as you sashay into the room in bright pink toire surippa. When I first traveled to Japan in 1998, I spent more waking hours attending to my footwear in those two weeks than I had my entire lifetime prior. And coming from a shoe-queen, that’s saying something.

In addition, if you haven’t stepped out of the bathtub and into your slippers shortly before heading to bed, it’s customary in Japan to wipe your feet with a damp towel because feet are considered dirty. This is a habit I’ve made my own, not because I believe that the condition of my feet is gross per se, but because—like brushing my teeth and washing my face or applying cream before bed—it feels good. Reason enough. 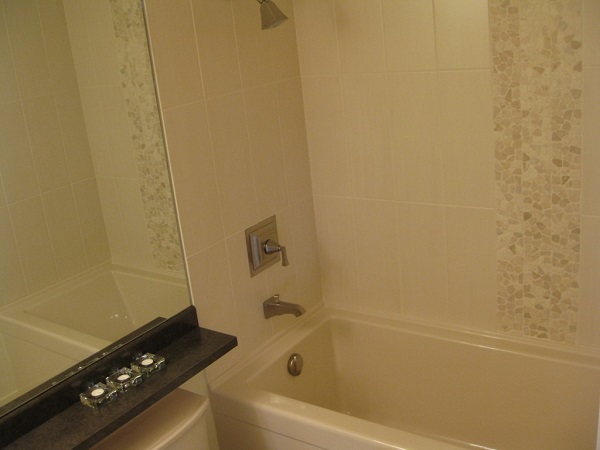 A most agreeable evening ritual in Japan is that interlude spent soaking in the bath before bed. That’s a custom I can get behind. I was lucky to have deep soaker tubs in my Surrey and Abbotsford homes. The typical Western tubs which barely hold nine inches of water cannot compare to a tub you can sink into where the water reaches to the bottoms of your earlobes.  Japanese mineral bath salts, some with specific healing properties of various onsen (hot springs) throughout the nation, are a wonderful, aromatic addition to the bath.  Bliss! 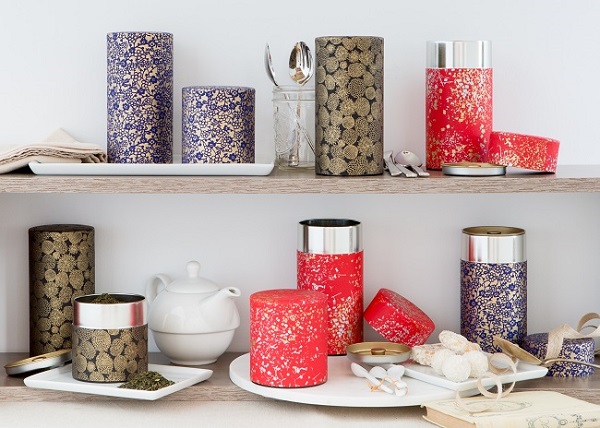 I think one of my favourite new habits, however, has been to keep my tea in airtight Japanese tea tins. These are crafted in many styles, with a variety of materials and in numerous sizes. I’ve collected several covered in colourful washi paper. I especially love the moment I replace the lid and slowly turn it until it clicks into place. Do that and the patterns on the paper line up. Perfectly.

I know the Buddha says the search for perfection outside of ourselves is a cause of suffering. (And searching for impossible perfection within isn’t?)  Give me any little moment of delight in an imperfect world that—click—never fails to spark joy.