Posted on February 8, 2015 by Lynda Philippsen 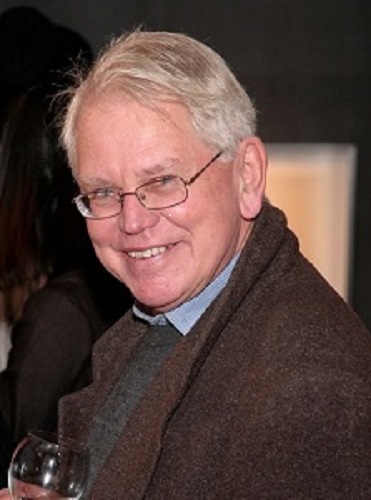 Lloyd Henry Dykk [Oct 15, 1945 – Feb. 7, 2012] entered my life on words. His postage-stamp photo beside his Vancouver Sun byline. His mug with my coffee, most mornings for many years. The theatrical or musical offerings of the previous evening described with his inimitable probity and acerbic elegance.

In his reviews you could hear the music–exactly what had been played or sung. God help the trombones if they flubbed the 16th notes. He heard it.

The words—if a flawed performance demanded it—dripped vitriol. (Though you had to laugh because it was deserved.)   And still, he was the kind of writer who used the word nice, which as a high school teacher I had often urged my charges to replace with something less insipid. However, when he chose nice, somehow it was the only word that would do.

The words that first connected us as friends were those he wrote about his cat. Schuster’s requiem: Saying goodbye to a small faithful friend. A tribute to his beloved cat who, after the “lights went out … slunk out of bed, out the cat door and out of my life.”

My letter of condolence was acknowledged, the first note of many letters, cards and email which fill 15 binders I now can’t bear to open. More than a decade of splashing together in word water.

Such a loss. One of my dearest friends, my mentor and loving heart like no other.

With your lips not here / I kiss rubies to remember.

This entry was posted in This & That and tagged Lloyd Dykk. Bookmark the permalink.

One Response to In memoriam: Lux perpetua luceat ei