Mars in the Morning

…above all, watch with glittering eyes the whole world around you because the greatest secrets are always hidden in the most unlikely places.  ~Roald Dahl 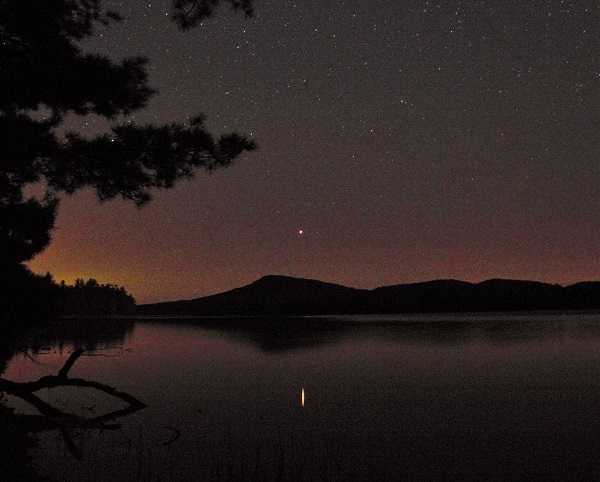 Though a good telescope is recommended for a proper look, Mars has been brighter than usual as it made its closest approach to the earth on October 6, 2020. Though now it gradually moves farther away, it won’t get this cozy with us again for another 35 years.

Happily, I rise early enough to watch as the planet slips down the sky and winks between the maple leaves before gradually disappearing from view on those days that it’s not cloudy.

By opportune chance I recently chose to begin a mindfulness regimen that now extends beyond my daily meditation practice. Otherwise I most likely would have missed the spectacle.

Instead, as I gaze out the west window in a heightened state of attention, I realize that I witness the near imperceptible movement of the earth. More than that, I feel it.

This entry was posted in This & That and tagged Mars closest to earth, Mars October 2020. Bookmark the permalink.