In addition to practicing pick-up lines for potential nameless encounters during my next visit to Japan, I have begun a walking regimen. I won’t be able to hop in the car to get where I’m going during my three-month stay. Instead, there will be many treks to and from railway stations and subway lines all of which have numerous stairs to navigate. Yes, there are escalators, but not always.

I’m just a little older than I was in 2007 when I decided (after too many winters camping on the couch beside the fireplace) to climb to the pinnacle of Fushimi Inari and could barely walk afterwards without liberal applications of Nihonshu  (or sake as we call it here). That memory has made me wiser; therefore I’ve begun a systematic program to build some strength and endurance. 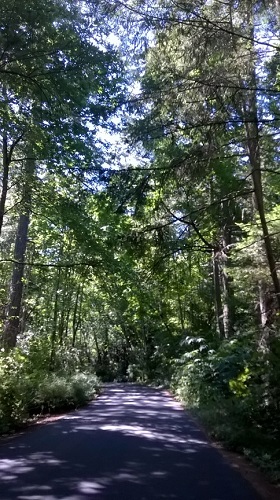 Fortunately for me, I now live a short stroll away from Mt. Douglas Park (also revered as Pkols by Indigenous peoples of the area). Mornings the road up the hill is closed to vehicular traffic and the walk to the top (1500m to 225 m above sea level) is a quiet avenue under a canopy of trees. There are trails of varying difficulty, too.  However, (story of my life) I go for the wide gate and the broad way. 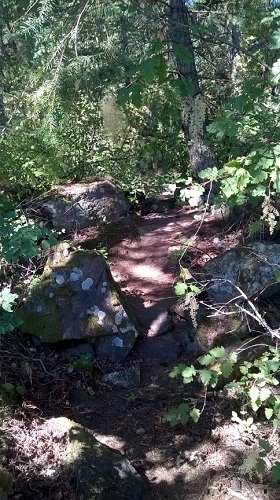 Mt. Douglas or Pkols is perfect environment for shinrin-yoku, the Japanese habit of forest bathing which is said to have proven health benefits. I don’t doubt it, though I also don’t doubt there are dubious claims attributed to the practice. However, trees produce oxygen, and being under them is likely the closest approximation of a hyperbaric chamber you can find.

Walking has many known benefits as does any mindfulness practice. It’s a wonderful interlude attending to the smells, sights and sounds of the forest as well as glimpses of the sea through the trees and wider views from the summit. The beach and easy trails at the mountain’s base are another option. 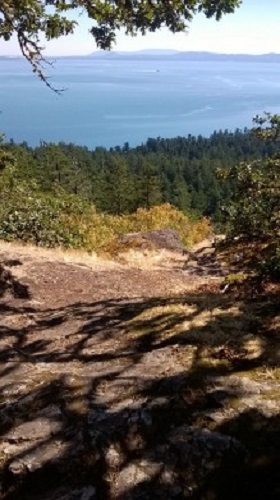 View to the east from Mt. Douglas

Today a pileated woodpecker thrummed his Morse code through the canopy. I’m certain that had I known the cypher, the dots and dashes held a comprehensible message. 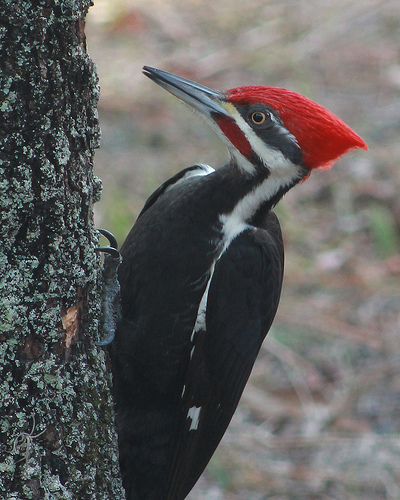 This entry was posted in Japan, Travel & Culture, This & That and tagged Mt. Douglas Park, Pkols, shinrin-yoku, the Japanese habit of forest bathing. Bookmark the permalink.