The 2014 Sake Rice Crop in Abbotsford, BC

The first Monday of May a small group of farmers, the planting crew, interns, volunteers and media witnessed the planting of Masa Shiroki’s fourth crop of sake-grade rice on his Abbotsford field off Sumas Highway. His is the most northerly commercial rice production in the world. 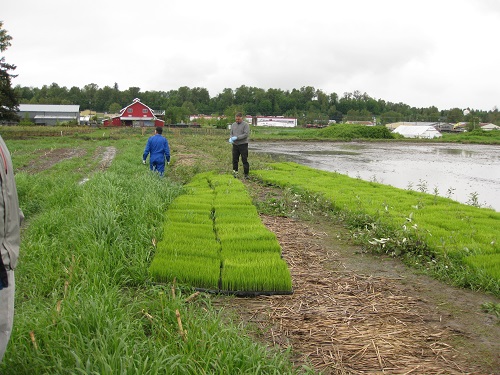 The seedlings waiting to go into the field 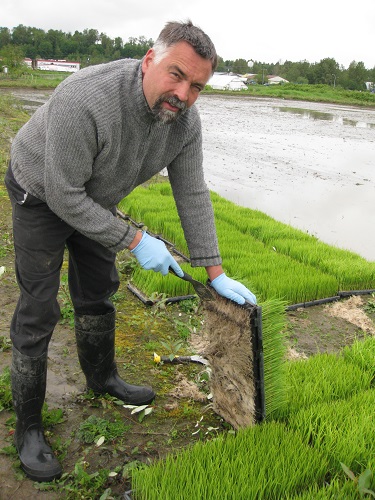 Masa describes the wine as having fruity notes of fresh cantaloupe and white peach which lead to generous acidity and a silky mouth-feel. Its melon, pear and gentle lemon notes finish warmly on the palate. Since he produces his wine in small batches and is never quite content with his achievement, he continues to refine the product each step of the way. 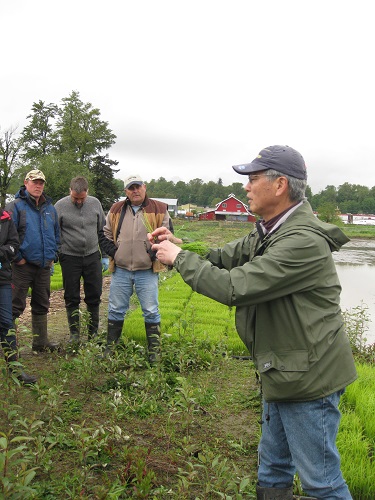 This year, with Masa’s support, a team of farmers will be the first to grow table rice at a Surrey location. Masa firmly believes that rice is an especially suitable food crop. There are areas of the Lower Mainland and Fraser Valley which have a significant amount of land not considered viable because of its heavy clay content and high water table. These are perfect conditions for rice. 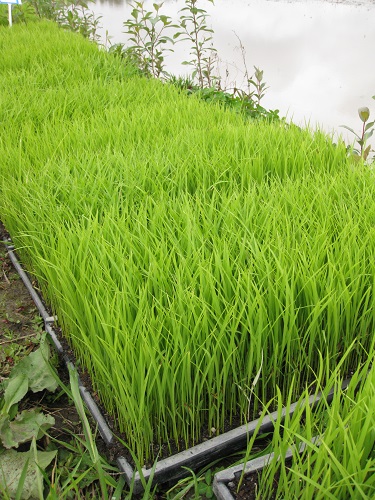 This twenty-first century pioneer is a visionary.  Optimistic and pragmatic, Masa sees rice production in Canada not only as a way to use land now lying fallow, but also to take advantage of global warming. At the same time, rice production on home soil satisfies consumers who demand that their food crops be local and sustainable. 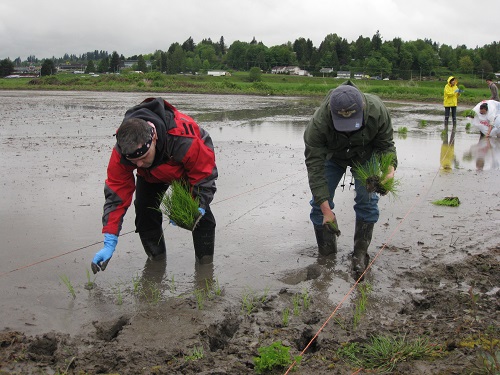 Though Canada doesn’t have a rice culture—yet—Masa reminds people that at one time no one considered Canada a suitable country for wine cultivation. Now we have a thriving and reputable wine industry. He’s proven that it can be done with sake-grade rice.  Why not table rice? 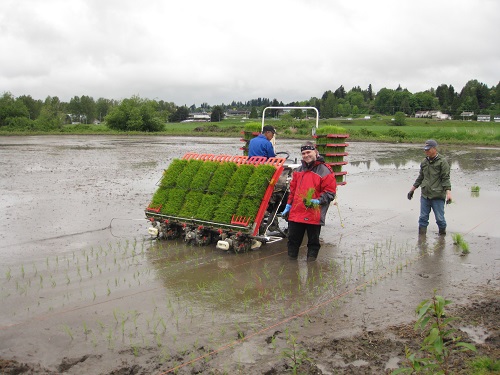 The traditional method beside the modern

On Monday morning some volunteers give the old-fashioned, back-bending planting method a go. They soon learned that it’s no easy task to stay upright in the shin-high muck or to plant in straight lines. Meanwhile, alongside them an imported rice-planting machine from Hokkaido effortlessly drops the plants into the mud in multiple straight lines. In a few daylight hours, the tractor can do what might take unskilled people the better part of a week. 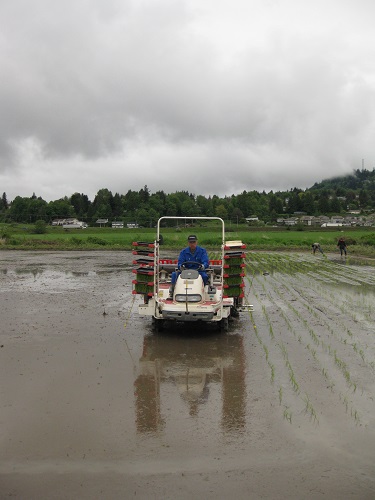 The rice seeder at work

For those not able to be on the field, Linda Aylesworth and a crew from Global TV were there to capture some of the story.

Fraser Valley Junmai Osake wine is available for tasting and for purchase at Artisan Sake Maker on Granville Island (1339 Railspur Alley, Vancouver, BC).

3 Responses to The 2014 Sake Rice Crop in Abbotsford, BC