Updated: Who is Japanese?

Every nation and culture has its noble and its ignoble aspects. In Canada we have racism, the problems of multiculturalism and numerous heinous blights on our historical record. However, Canadians accept that our citizens come in a hodgepodge of races and ethnic communities without disputing that they are Canadian. (Even so, we also have tacit methods of discrimination to keep them sidelined, especially the first generation immigrants; however, that’s not my theme today. I simply don’t want to claim any moral superiority for my own country while commenting on Japan.)

Japan considers itself a homogeneous society and credits its social order to that idea.  As a nation it is highly restrictive when it comes to immigration practices and awarding citizenship to non-Japanese. Embracing gaijin (foreigners) is not the norm. In addition, there is a great deal of discrimination and record keeping along blood lines which determines who is or is not “truly” Japanese.

One such example is the recent and controversial selection of Ariana Miyamoto as the 2015 Miss Japan who will represent her country at the Miss Universe competitions. 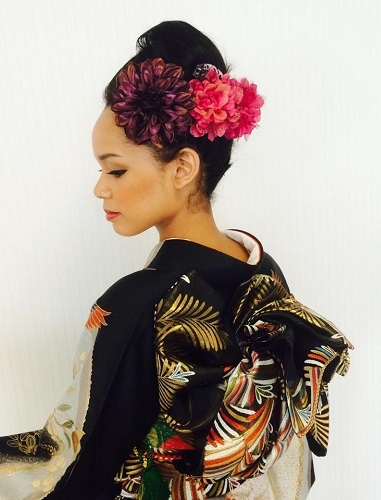 Miyamoto was born in Japan to a Japanese mother, was raised in Japan and speaks Japanese. She has a Japanese passport. Even so, for those Japanese who are obsessed with purity of bloodlines she is not Japanese enough. She is considered haafu which does not mean half, but translates as mixed-race. 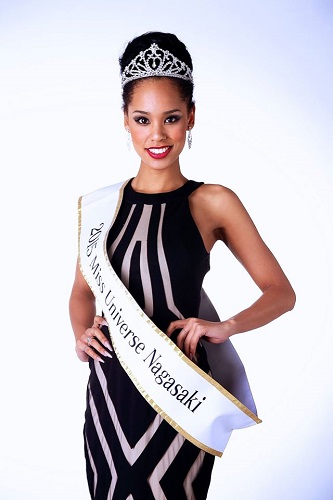 Clearly, non-acceptance of mixed-race individuals as truly Japanese is a question of racism.  In addition, acceptance of gaijin who have made their lives in Japan as full citizens is highly uncomfortable for many Japanese people.

The cultural norm in Japan is to find the comfortable spot, shrug and say shoganai (nothing can be done) and stay there; however, there is no comfort zone in racism. You can’t justify or defend it; however, as a society Japan remains unwilling to address or change it.

To her credit, Ariana Miyamoto confronts the issue head on and is determined to raise awareness not only at home but on the global stage. Certainly a step up from wishing for world peace.

Read more about Ariana Miyamoto in The Japan Times. “Meeting Miss Universe Japan, the ‘half’ who has it all” by Baye McNeil.

This entry was posted in Japan, Travel & Culture, This & That and tagged Ariana Miyamoto, Japanese citizenship, Racism in Japan. Bookmark the permalink.