Part 1: The Back Story. This is a reprise of a 2010 magazine  interview (in five parts) with one of my favourite people, sommelier Sebastien Le Goff.

Le Goff was inducted into BC’s Restaurant Hall of Fame in 2012 and is currently the Service Coordinator for Cactus Club.

Sommelier Sebastien Le Goff says that had anyone suggested in 1997 (as he prepared to leave Singapore) that he would return in 2010 to open and manage DB Bistro Moderne for renowned Chef Daniel Boulud, he would have said, “You’re crazy.” 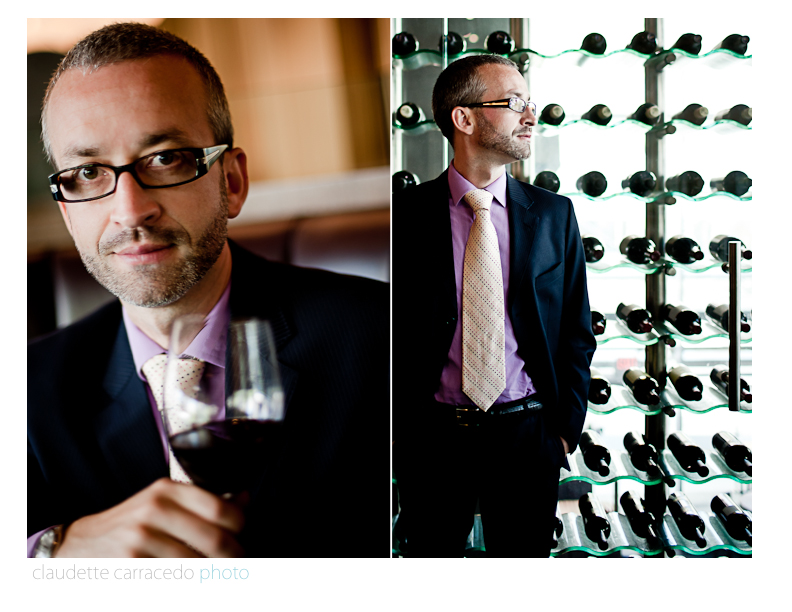 In the 90s the Nantes-born twenty-three year-old Le Goff was out of money and jobless when Jeremy Choo of the French restaurant Vis-à-Vis in Singapore took him on. With his education in international trade and business administration, Le Goff thought it would be a temporary thing, but he “fell in love with the hospitality industry.”

From then on Le Goff’s career stepping-stones while managing front and back and pouring have been gemstones: Toronto’s Canoe, Vancouver’s Cin Cin, Lumière as well as the Moda Hotel’s Uva Wine Bar and Cibo Trattoria duo. Brix spoke with Le Goff in late-August [2010] from Singapore.

Le Goff left Singapore and Boulud’s Bistro Moderne in July 2011.  He returned to Vancouver and joined Cactus Club as its Service Coordinator. Once again, he was working with Rob Feenie as he had in the old days at Lumière.

Since that time he has been busy overseeing Cactus Club openings in English Bay and Coal Harbour (Vancouver) as well as locations in Abbotsford, Langley, and Edmonton.

In 2012 Le Goff joined previous Cactus Club president Richard Jaffray and executive chef Rob Feenie as a member of BC’s Restaurant Hall of Fame. Through this award inductees are honoured for their outstanding professionalism and contribution to the restaurant industry.

This interview (in slightly different form) first appeared in