Here in Niigata on the north side of Honshu (Japan’s main island) the weather has not lived up to the morning’s weather forecast I checked from my hotel in Tokyo. Instead we have watched woolly skies deliver light rain which escalated to hard nails thrown sideways by high winds. Dark clouds pouring in across the Sea of Japan are now stacked up into the stratosphere. Their menacing heights grow as my brief tour of Niigata concluded, I board the early evening Shinkansen (bullet train) and head back to Tokyo.

Even without storms, in November night falls early in Japan. City lights twinkle under the foreboding skies as we hurtle out of the station. Not many minutes out, the first crackle of lightning and a whack of thunder hit—then another and another in a tempestuous show. 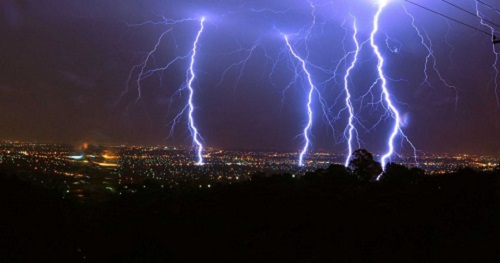 We decelerate rapidly. An announcement informs us that we will be delayed on account of the storm. White slits of jagged light pour from the clouds as winds lash the train. As we slowly move forward the storm gradually spends itself. This time we have escaped the crippling force of nature.

Gradually our speed increases. Soon we hurtle into the blackness and through the mountains at top speed as the driver strives to make up the lost time. Trains are punctual in Japan. Here delay averages on the JR system are measured not in minutes, but seconds.