Posted on December 30, 2013 by Lynda Philippsen 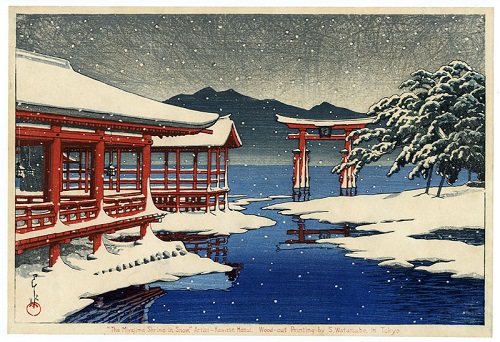 More than a decade ago I read the jaded observation that tourist attractions look as they do in books and that a traveller’s true adventures happen randomly elsewhere. As much as that blanket statement can hold some truth, it may also be less than accurate.

Are travels to landmarks which have become renowned somehow inferior to wandering off the map into the unknown? If you’ve got GPS in hand on your smart phone, you’re never off the map. Does an App-driven experience, then, count as a true adventure? In what ways do true adventures differ from false ones?  Or is an adventure simply an adventure? Period.

Adventure has its roots in the word advent from Latin and Old French which meant arrival or about to happen. However, adventure for travellers in the 21st century has come to mean something unusual or exotic or daring; perhaps something primitive, a little on the wild side which might include hazards or risk.

I wonder. Is there room within adventure for arriving at subtle realizations or quiet, amusing observations—the sort you might have anywhere even as you circumnavigate your usual home base?

Travelling from Kyoto to Hiroshima city in the Shinkansen silent car for the express purpose of visiting landmarks, I had plenty of time to consider such questions. With a good number of weeks behind me on this journey, I’m at that point where my enthusiasm is flagging. I question what I am doing here more frequently.

Now on my way to Itsukushima (which everyone refers to as Miyajima meaning Shrine Island) I’m not sure I have the heart for it. Among many other attractions on this World Heritage Site, the island boasts one of the quintessential landmarks of Japan. A massive torii, its feet set deep into the high tide in addition to a shrine which seems to float upon the water. Though it is ranked as one of three most famous scenic views in all of Japan (Nihon Sankei), I wonder wearily whether it will simply look as it does in a book. 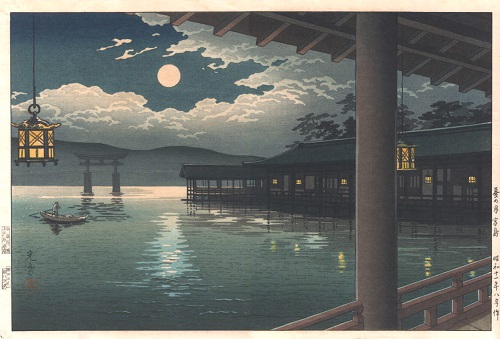 I am an island-born woman. Arriving at the ferry terminus, queuing for a ticket, and seeing the thickening crowd push toward the gate as departure time nears (as if it matters who gets on first or last), I smile in recognition of the natural inclination of people everywhere.

The wind has thrown sun-diamonds across the Seto Inland Sea, and sailing on jewels we leave the jetty for the wooded blue hills opposite. The briny scent of the sea overlaid with wafts of diesel and the deep throb of marine engines fills the crisp air while flights from Hiroshima Airport growl and whine overhead.

At first sight of the torii—still quite minuscule in the distance and dwarfed by the island hillside—a chorus of ehhh and sugoi rises from passengers most of whom now stand at the railings holding smart-phones into the air like a charismatic congregation .

As we land, the eager crowd presses toward the exit ramp. Islanders, however, understand that island time stretches and the need to hurry ends. With a whole morning ahead of me, I let the others scurry forward, watch the river of ants surge into shops and side-streets.

Already the crossing’s humble diversions are equal to another shotengai full of tchotchkes, any famous landmarks or other adventures waiting around the corner. And happily, none of it was anything like a picture in a book.