Japan Today (online) runs a feature called “Have Your Say” where readers are invited to respond to questions. Today’s question asks: What do you think are some of the most beautiful scenic spots in Japan?

Responses vary. This place. That place. The beautiful places are spoiled by hordes of people. “Underwhelming” views touted as great that aren’t. My back yard and so on.

I’ve mused on this theme earlier this year. (Overlooked Beauty.) But today I was moved to respond again. If you have the eye for them, some of the “scenic” spots in Japan are the subtler surprises. 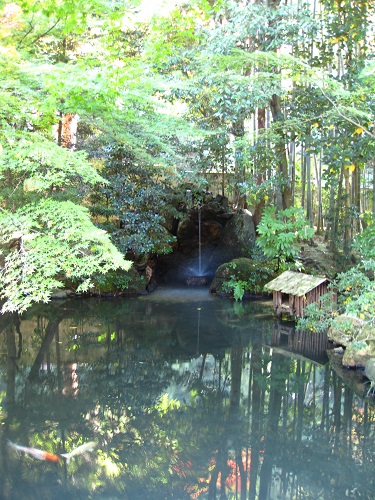 A waterfall at Nanzenji

You can find them in a square meter of garden space surrounded by concrete, an alley pathway lined with stones along deep brown walls, or blankets of moss over undulating roots. Plumed grasses that bow in greeting as you pass. 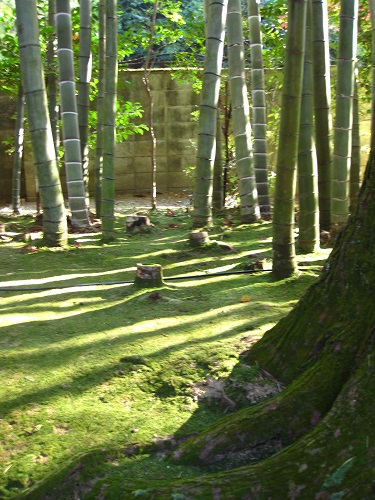 The pathways were gridlock jammed with the hordes so many complain about the day I took these shots at Nanzenji during the height of koyo (autumn leaf-viewing) season. The only way they could have “spoiled” the constant beauty is for me to let them. The hordes, too, are beautiful. They move like rivers with an energy of their own.

Then there are the lesser-known neighbourhood gardens, small temples, shrines and quiet residential streets. Or a glimpse a homeless man with a blue basin carefully hanging his washing from a pink clothespin carousel suspended from a branch in the dappled shadows of a park.

Or wild plants snaking up stone walls or fallen leaves on paving stones of the pathways leading to the “underwhelming” views. 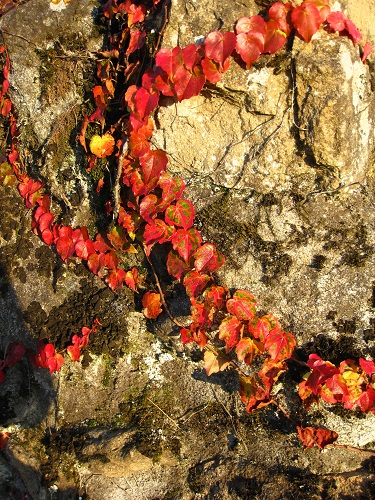 A vine on a wall

The ubiquitous telephone lines that criss-cross the alleyways like the work of a psychotic knitter or weeds that push their life force through the most forbidding cracks. 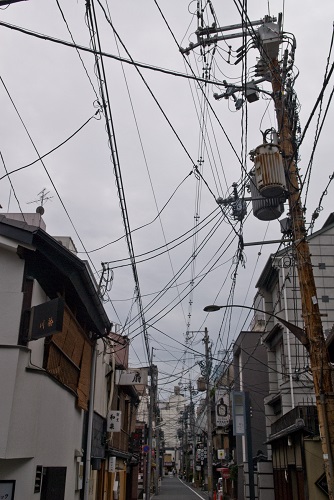 You really don’t need to look for Japan’s beauty or scenic spots. If you open to them, they find you.

This entry was posted in Japan, Travel & Culture and tagged Beauty in Japan, Scenic Spots in Japan. Bookmark the permalink.