Recently I took a little vacay to Victoria. It remains a favourite get-away spot for several reasons. One, it involves a leisurely hour and a half through the Gulf Islands on a “cruise ship” to get there. (It’s all in how you frame it.) Two, I don’t need a passport or a phrase book. Three, it’s a stunningly beautiful city entirely different from the one I’ve left.

Victoria and the Saanich Peninsula offer all kinds of stuff I love to do: eat, drink, shop, attend concerts, and check out gallery exhibits. Because I can’t ever do it all, each visit is different and fresh.

Born in Comox, I’m an Island girl. Which is why, I think, the minute my tires hit the pavement on disembarking, the great weight which usually sits around my shoulders releases—as if a pressure valve has blown. I’m back on “Island time.”  I’m home.

For eight months in 1957-58 my dad attended Normal School (which is what the teacher training college of the day was called) and we lived in a small walk-up flat above a store at 1704 Lillian Road. 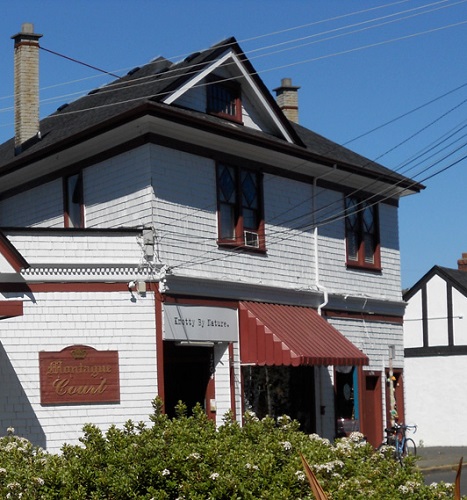 Apartment above Knotty by Nature at 1704 Lillian Road.

The building is still there and houses a shop downstairs called Knotty by Nature. (I rather like the ring of that. It sounds like something I might wish to live up to.) From the apartment window we had a view of Juan de Fuca Straight and the white-capped Olympic range—a vista that remains part of my spiritual geography even though I was a very young child at the time.

During the week I hit a few of my favourite shops, took in the AGGV Buddhist art exhibit, strolled the grounds of Government House gardens and spent a good deal of time gazing across the water from window seats at favourite pubs.

However, the highlight of the trip was an afternoon jaunt out to China Beach in Juan de Fuca Park. A twenty minute walk through a stately West Coast forest and down the cliff took us to a diamond-studded sea. 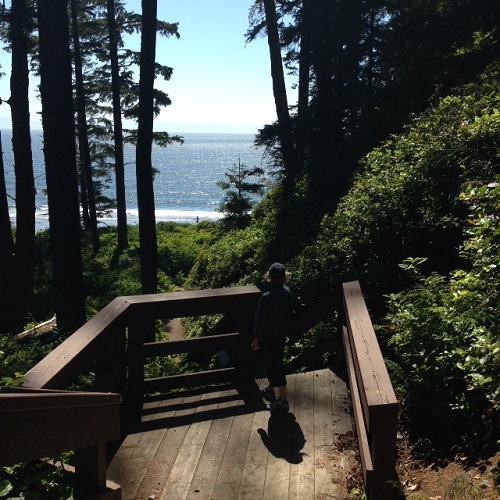 Looking back to China Beach

In spite of the intense heat wave sitting over the city, on the shore a brisk wind kept the temperatures in the low twenties. 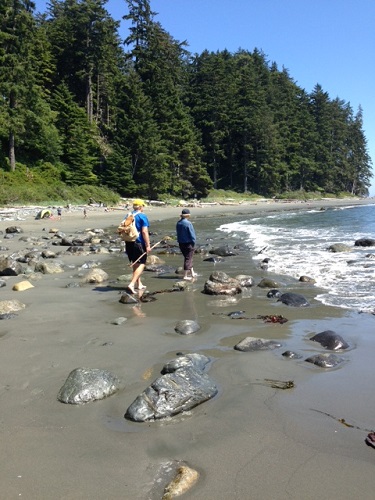 Sun, surf, sand. The essence of a West Coast summer. 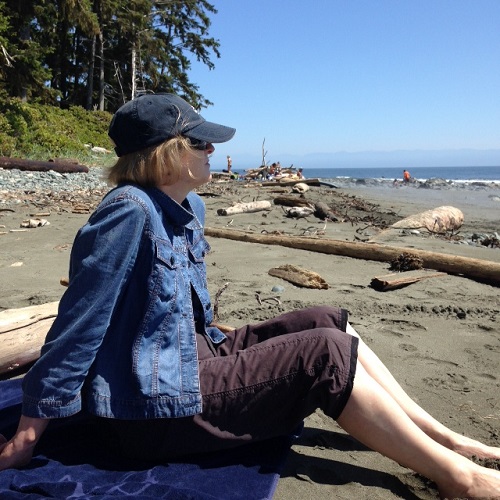 This entry was posted in This & That and tagged China Beach, Vacation, Victoria BC. Bookmark the permalink.

One Response to A Victoria Vacay