Tourist or Traveler: Does the distinction matter anymore? 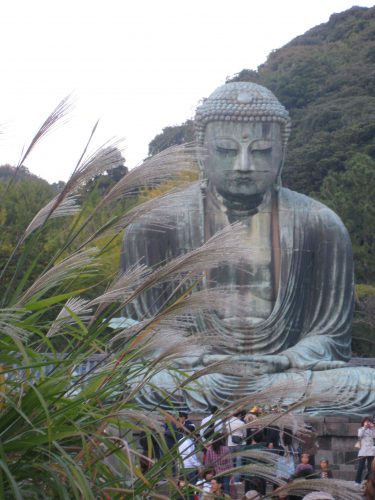 Well into this blog reflecting on my Japan travels I sometimes wonder what I am as I don’t quite feel like a tourist or a traveler. Though I’m unlikely to use it elsewhere (even though it probably fits), here I’ve settled on foreign pilgrim. But I’m not a formal pilgrim either. Words. They don’t always do.

However, I’ve noted that travelers—and especially intrepid travel writers—love to look down their noses at tourists and begrudge them their place largely for crowding the landmarks. My understanding of the distinctions is as follows: True travelers are a bit on the grubby side.  They rough it in far flung corners, chug down rancid yak milk and rub shoulders with the locals. Tourists, on the other hand, swan around hotels, drink designer cocktails and let the locals rub their shoulders.

Ironically enough, both are doing their bit for the world economy by liking a thing with their feet rather than a click. That said, 100,000,000 likes on social media is a desirable thing; whereas, even a small fraction of that number wanting to see the same temple on the same weekend you do is a pestilence of people.

Dictionaries are much less condescending about it. Tourists are defined as those who take tours for culture or visit locations for a holiday or pleasure. Travelers are those who make journeys to distant places or move from place to place abroad.

Now-a-days with long distances commonly covered in single days or several hours, perhaps such distinctions have blurred somewhat. Traveler or tourist, most often each is moving about from place to place with some anticipation of a good time as well as experiences not to be found at home.

If it is necessary to differentiate one from the other, surely the essence of any difference between or fusion of tourist, traveller or pilgrim is in the individual mind and heart. It should not rest on whether one sits on the back of a yak or on a tour bus or in the accoutrements of one’s accommodations.

I recall a family summer holiday—one of those connect-the-dots visits to friends and relatives spread between Vancouver Island and Winnipeg. Barely 11 years old at the time, fresh in mind was the early Canadian explorers unit from Grade 5 Social Studies. Inspired by their example I brought a satchel of notebooks and pencils to record our expedition.

I was not a skinny kid squeezed into the back of a 1964 Valiant with a chamber pot tucked under the driver’s seat for my brothers who had no bladders. (Like George Simpson, my father was disinclined to stop the family canoe.) I was a coureur des bois—a runner of the woods, a voyageur. 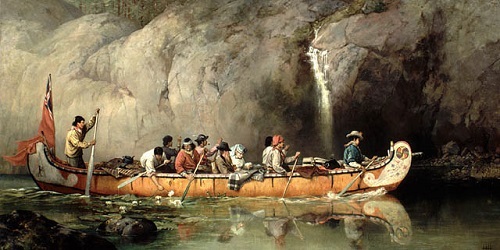 Though ours was a well-traveled asphalt river, the journey was a first for me. I was recording the landmarks of my history.

Who is to say what happens in the mind and heart of a silver-haired pensioner wearing bucket hat and queuing for a photo-op? Or a student jiggling impatiently during the head-count? Or the doyenne sipping a wine that matches her hair, gazing across a tropical sea while someone paints her toe-nails?

Except for any snob-value in disparaging that which is other, does the distinction matter? If so, who gets to judge? More, who would want to?

One Response to Tourist or Traveler: Does the distinction matter anymore?