Posted on September 19, 2020 by Lynda Philippsen 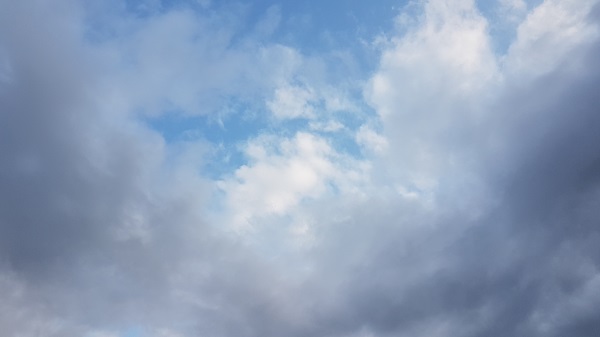 For more than a week I have not opened a window as the skies over Victoria have been shrouded in toxic smoke from the fires which have destroyed entire US towns and thousands of hectares to the south. Smoke ribbons hovered over the waterways and the darkened skies remained impenetrable to sunlight.

This morning was the first time I could see clouds—soft, blue-tinged woolly batten—ringing patches of blue.

For a nanosecond I was tempted to think, phew, it’s over. However, it’s 2020. We shall not tempt fate by thinking any such thing. Instead, I remain alert and braced for suffering is a game of Whack-a-Mole. Even so, suffering, too, is impermanent. Like a tide it will come and go.

This entry was posted in This & That and tagged Blue skies, The Buddha & suffering. Bookmark the permalink.