Posted on September 2, 2020 by Lynda Philippsen

As the pandemic wears on (and on and on) and life piles on other burdens, I have sought a variety of ways to distract, uplift and console myself. By trying things I haven’t done before I attempt to avoid that lethargic pall akin to a hangover. It’s an ongoing battle with the brain, which defaults to the familiar and the effortless even though it’s beyond boring because that’s evolution’s means to stay safe. 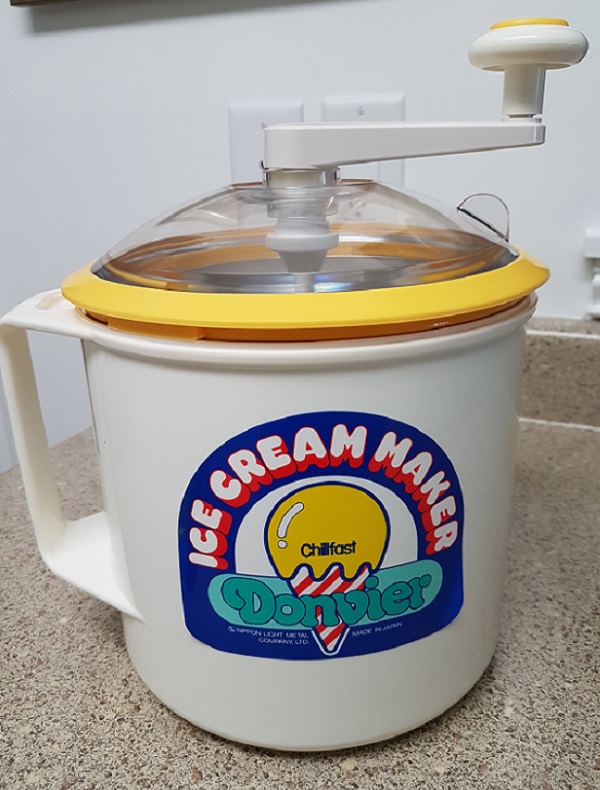 After chatting with my friend D who described finding a Donvier ice cream maker for six bucks in a thrift store, the temptations she created with hers inspired me to look for one.

On Used Victoria I sourced one in mint condition for fifteen dollars, downloaded the manual and got started.  Mine also happens to be one of the older models made in Japan by Nippon Light Metal from 1984 to 1990. Current models which sport a sleeker exterior design are manufactured under the Cuisipro brand and retail new for $110 and more. 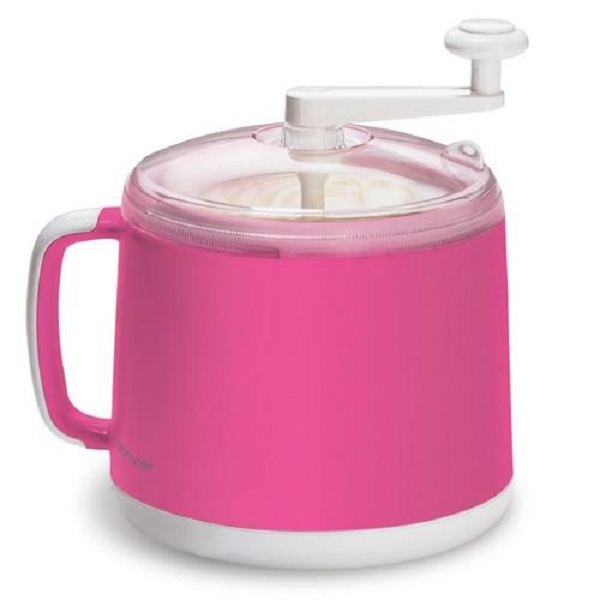 According to a 2018 article in Business Fondue, vanilla ice cream still ranks as the favourite flavour in many countries worldwide. Among them: Canada, Finland, France, Japan, USA, Lithuania, USA and UK.

Though I enjoy other flavours from time to time—especially outliers such as crème fraiche, black sesame or Armagnac when offered by dessert chefs in fine restaurants—vanilla remains my touchstone. It’s the flavour I always order on a first visit to an ice cream shop and determines whether I return or not. 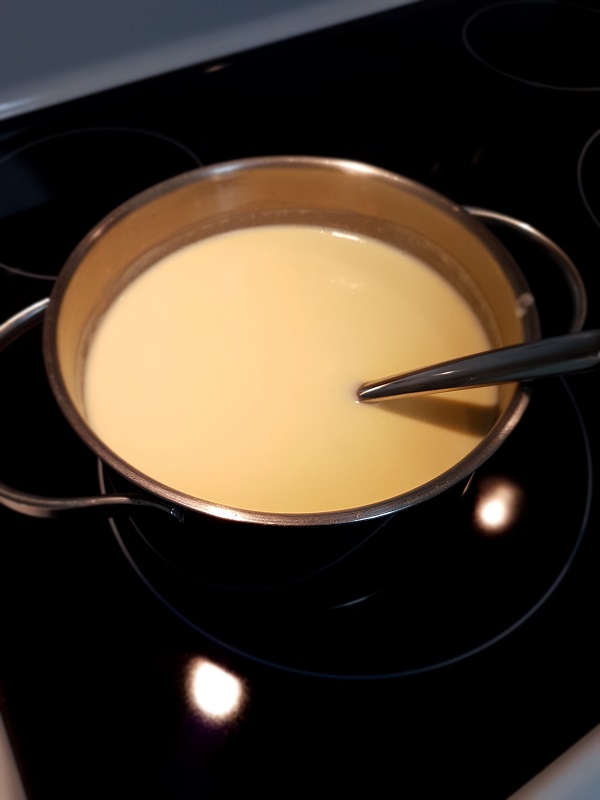 With farm fresh eggs from my aunt and uncle’s hens, rich milk, cream and premium Madagascar vanilla I set to work. When taste testing the resulting custard I couldn’t stop. My bad. I ended up consuming a quarter of the rich, warm liquid before it ever got to the fridge for its overnight chill. 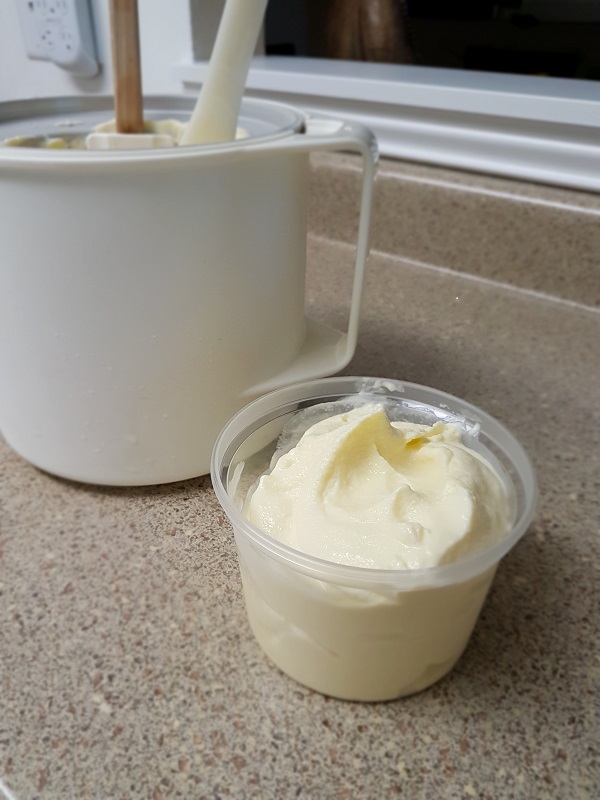 The next morning I poured the custard into the metal chamber and began to churn according to the directions. In 20 minutes I had gorgeous soft ice cream which I spooned into containers and popped into the freezer. The left overs on the paddles, inside the chamber and a small reward bowl I had set aside were breakfast.

Then I did something else I’ve never done before. I raided the fridge and had it again for lunch. For afternoon snack. For dinner. For bed time snack. I ate nothing but vanilla ice cream all day long.

So far I have avoided “pandemic belly” and eaten a balanced, nutrient rich diet; however, by day’s end I could feel the slippery ice-cream-slicked slope to perdition.  Then again, this was an additive free and nutrient rich mixture of eggs and milk. On the list of indulgences, a number of options are much worse. 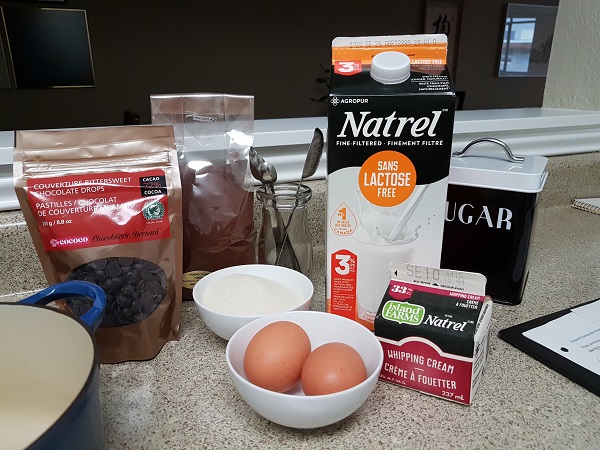 In fact, this might be doing some good in the world. Recently, the Japanese government encouraged its nearly 126.5 million people to eat one serving of ice cream a day in order to bolster the flagging dairy industry. Normally I’d say Get thee behind me, Satan, but in this case I’m inclined to get behind the government.

After sharing the remaining vanilla with friends I faced the next flavour choice. No contest: chocolate ganache. After a trip to Bernard Callebaut for cocoa powder and bittersweet chocolate drops I combined the Donvier recipe for chocolate ice cream with the Nuts About Chocolate (a few copies remain available online) option for ganache. A marriage made in heaven. 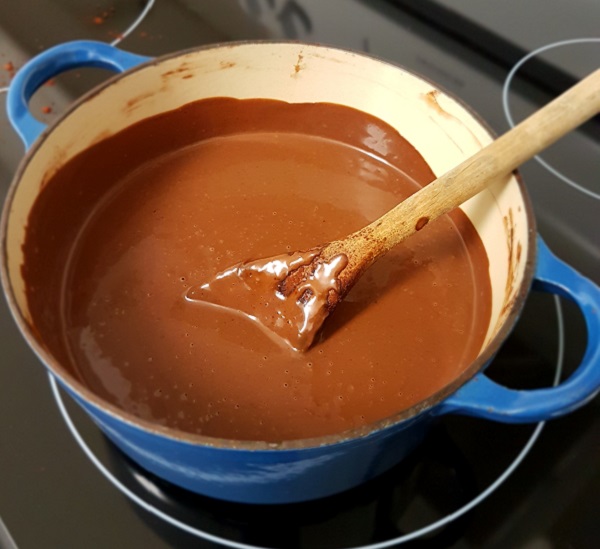 Did I save the local dairy industry? No. Did I get my brain out of its rut? Too early to tell, but it’s loft. Bless it.

This entry was posted in Food, Wine & Restaurants, This & That and tagged Home made chocolate ganache ice cream. Bookmark the permalink.