Canada’s Response to the Refugee Crisis

Posted on December 4, 2015 by Lynda Philippsen

He is a refugee. He is 37 years old. His Police Administration Report labels him as stateless. His occupation reads farm laborer. He has a wife and two sons. One is five, the other nearly four months old. Should he be one of the 25,000 (among the millions in limbo with nowhere to go) to be granted entrance into Canada? 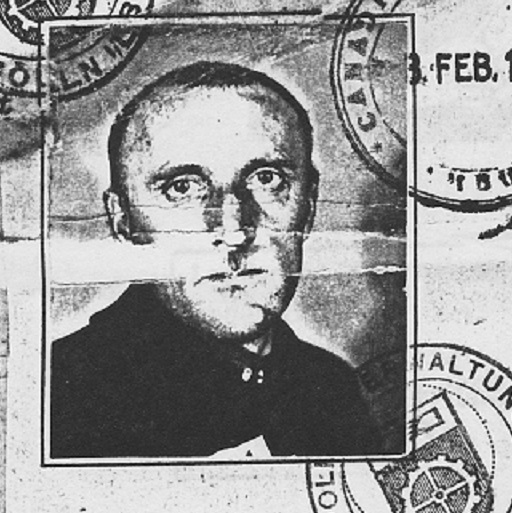 Should this man be allowed into Canada?

The question is rhetorical. The man pictured is Heinrich Philippsen who was among other “undesirable aliens” admitted to Canada in 1930.  My grandfather was under suspicion by some for being both a “kraut” and a “commie” though he was neither. He was a pacifist Mennonite living in the Soviet Union who, through no fault of his own, found himself very much in the wrong place at the wrong historical time.

He was an intellectual and highly musical man working in a civic office who risked it all in one throw. He and my grandmother had discussed the option of going to Moscow in hope of getting an exit visa, but she was seven months pregnant with my father. Her births had been difficult and one son stillborn. They thought they would wait. However, one evening he came home from work and said, “We go tonight or we never go. We have to decide.”

They took one small trunk and went. That was lucky break number one. The Philippsen family was among 15,000 to 20,000 people who attempted to flee before Stalin closed the borders in early December 1929. That’s 86 years ago this week. On their way, my father was born in Moscow. The four of them were among 5000 desperate people who made it to the West–lucky break number two. Then—lucky break number three—they won the Canada lotto. Four of only 1000 to do so.

As the daughter of a refugee, I applauded Andrew Holota, Editor of The Abbotsford News for his rational and insightful editorial [“Fear ourselves more than terrorism” Nov. 19, 2015].  Holota urged readers to fear the paranoia spawned by social media platforms more than terrorism. Indeed.

What we all must fear first is our individual fears and set aside our prejudices. We must always examine and control irrational thoughts by holding them up to the facts.

Without taking away the horror of terrorist attacks throughout the world, we would do well to remember that statistically, threats to our lives from many things which we live with quite comfortably on a daily basis are more likely to do us in than any act of terror. Tuck into another slice of pizza or have one more drink and check the leading causes of death from Heart Test Laboratories.   Then compare that to deaths by terrorism worldwide.

While we must exercise our due diligence and all caution during the vetting process, we shouldn’t slam the doors on those refugees who need our help most. Yes, some terrorists might get in. So did a few Nazis. As did criminal and gang elements before the wars. Those always have and always do. That’s not a new fact of immigration and resettlement.

However, most of the time the traumatized folk who find their way to Canada become grateful and productive citizens. They and their descendants give back in unbelievable ways. I’m heartened by the response of fellow Canadians who want to help Syrians make Canada their new home.

Rick Mercer has also chimed in on the subject.  As always, what he says is worth hearing. httpv://www.youtube.com/watch?v=6vLipayUNzg

Read Hany al Moulia, 22, describe to Austin M. Davis what drove his family out of Syria and the challenges of resettlement in Canada in The National Post.

This entry was posted in This & That and tagged Syrian refugee crisis. Bookmark the permalink.

2 Responses to Canada’s Response to the Refugee Crisis