Finding a Teapot and a Tree

Posted on November 22, 2017 by Lynda Philippsen

I now have a white ceramic teapot with a strainer. (Finally, I can soothe my soul by making a cuppa during those moments such consolation is needed.) Six bucks. Plus a paring knife and a couple of bowls and a bedside lamp for a grand total of twelve bucks. 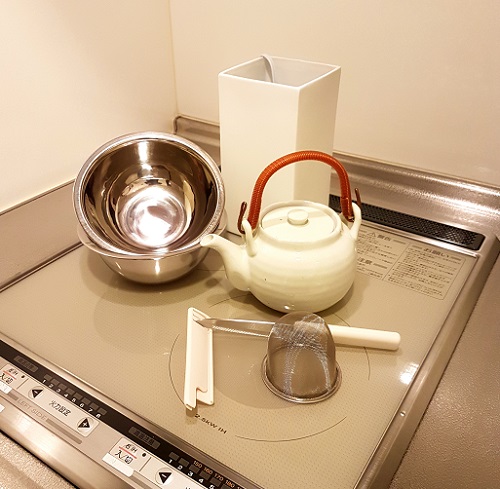 Though I’m not quite ready to deal with Christmas until the end of next week, I also scored a very cute 90 cm Christmas tree, all from Nitori, an amazing home department store.

However, because I can’t read Japanese I didn’t realize the gold star, string of lights, decorations and tree skirt in the picture on the box were included for the grand total of fifteen bucks. Who would think? As a result, I also have (more and prettier) decorations, a second gold star and a string of pine cones for an additional twenty bucks. 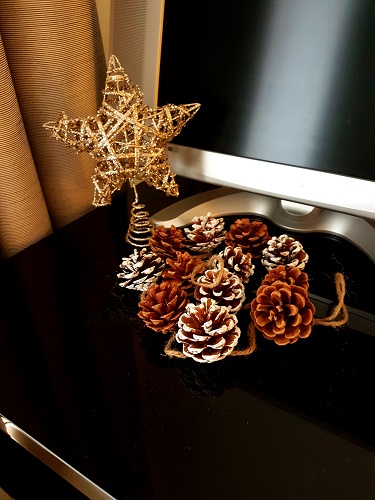 For that level of success I can (almost) forgive the GPS on my phone for running me around in circles for a 700 meter walk from Shibuya Station to Nitori that was supposed to be a straight line. I got hooped by the directions because I picked the wrong straight line. 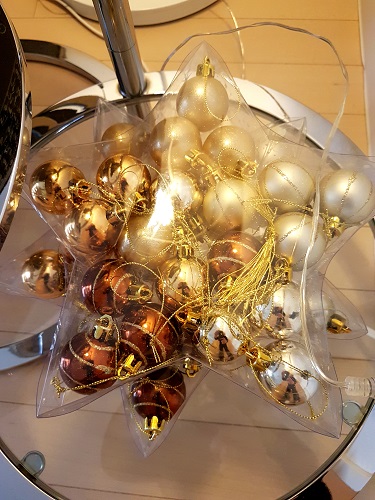 Then when I re-calibrated the phone from my actual location, the bots—as if they are punishing me for not doing exactly as they directed—tried to send me on a wild, spiral, goose chase. Except that Google has given me a map with the names of the buildings I can see and a compass pointing north. Therefore, I know the directions are full of fertilizer that chickens produce. But I digress.

As I had a sore knee (for no reason than my body decided to annoy me to add to the adventure), I said, “Forget this.” Or maybe I said something a little more forceful. Who’s listening?

Fortunately, I saw a cab queue, got in it and six bucks later was at Nitori, a home goods store that is quite ridiculously inexpensive. The department store had nine floors of incredible stuff.  One uneasy thought, however, nags at me. How is it possible that the people who produced it were paid a living wage in order that I might have the simple and not at all unreasonable pleasures of a teapot and a tree?

This entry was posted in Japan, Travel & Culture, This & That and tagged Finding a teapot and a tree in Tokyo, Nitori Home Store Shibuya. Bookmark the permalink.