I Rented an Old Man 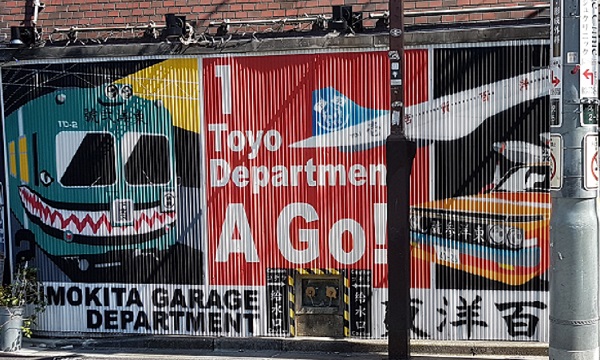 I’ve taken the train to Shimokitazawa, an area of Tokyo that is an eclectic mix of alternative, creative culture which is renowned for coffee, art on its shutters, vintage thrift shops and a vibrant music scene. 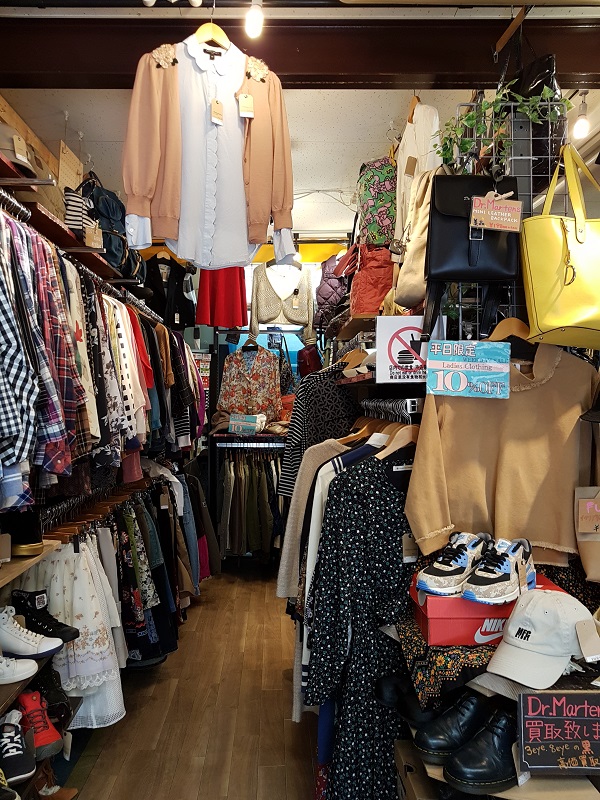 I want to check out the area with someone who knows it well, enjoy food, and  take in some live music. The latter would be hard for me to find because I don’t read or speak Japanese; plus, I wouldn’t feel at ease going solo in that environment.

In order to enjoy travel experiences with a clearer understanding of things I can’t appreciate fully because I’m not literate in Japanese, I have engaged volunteer guides in other cities. However, this is the first time I have hired one.

As Ossan Rental (Old Man Rental) has a “no touching” policy, and has been featured on public television programs as well as in various mainstream publications over the years, I didn’t feel uneasy about the prospect. 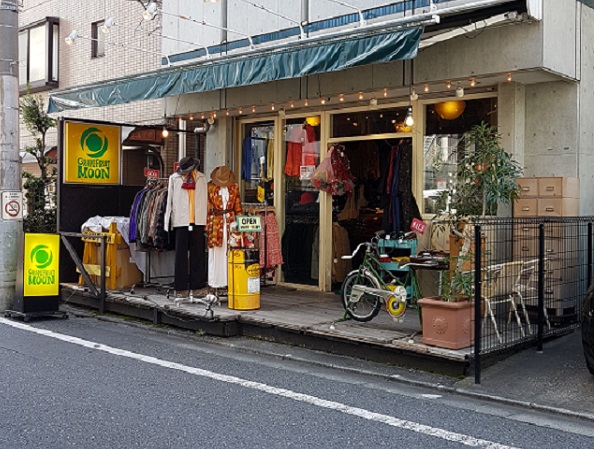 Based on the information I provided, the company links me to N, we work out an itinerary by email and agree to meet outside Shimokitazawa Station’s East Exit. 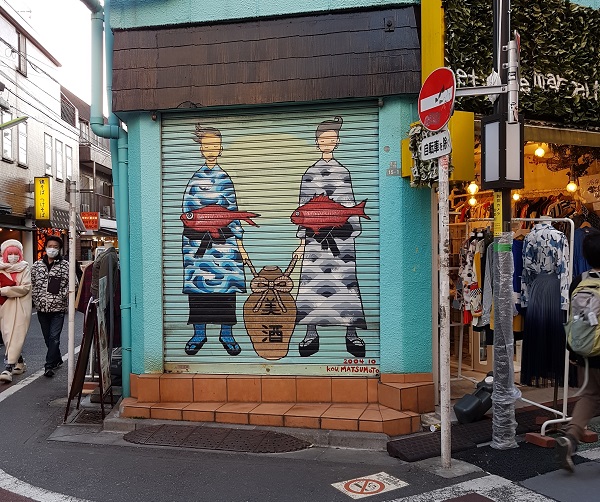 N is lithe and fit. At 49 he looks to be approaching 40 rather than 50.  Though I know that Japanese women are viewed as stale Christmas cake after age 25, how on earth did he qualify for the ossan distinction?  Your forties are your late youth, I say. Eighty is the new sixty.

To my surprise he looks at me and quotes the Bible: White hair is a crown of glory and is seen most among the godly. (Proverbs 16:31, Tyndale Living Bible). Then he points at the few silver threads in his. I laugh because N is a long way from godliness based on that standard and I hardly qualify. 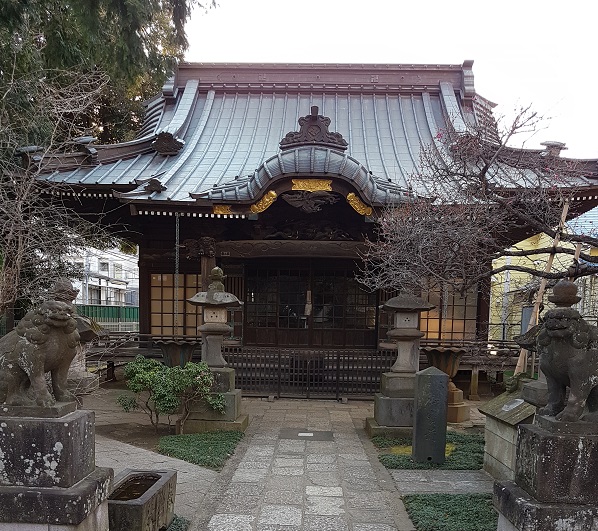 At ease after the joking around, we leave the station and surrounding shopping district to check out the old Suzunari Theatre. The late afternoon light combined with my lack of skill as a photographer is not conducive to photos so we  wander through neighbourhood streets to Shinganji Temple and Kitazawa Hachiman-jinja Shrine. 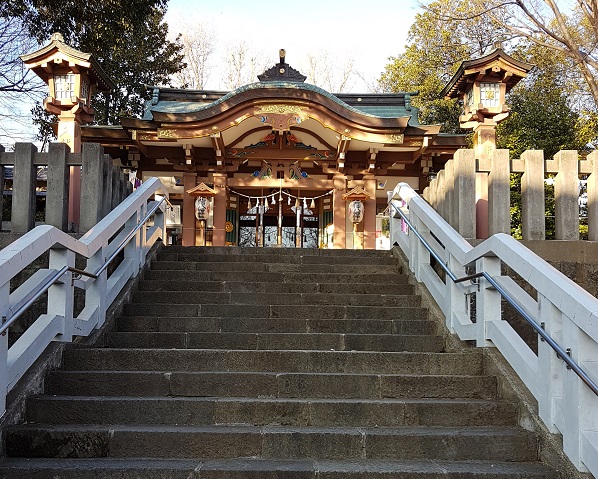 Then, because the sun is about to set N suggests we hop a train to the next station, Setagaya-Daita, where we might catch a view of Mt. Fuji. A splendid idea. 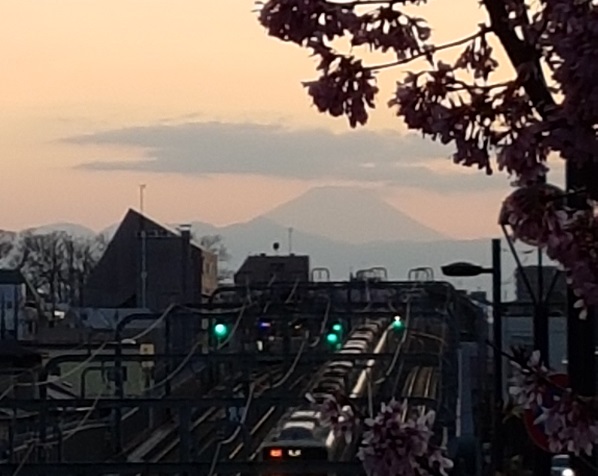 By this time I’m hungry and ready to sit down for a bit. Learning that I like soba, N leads the way to a humble mom & pop style restaurant where we enjoy hearty, delicious portions with duck in the broth. 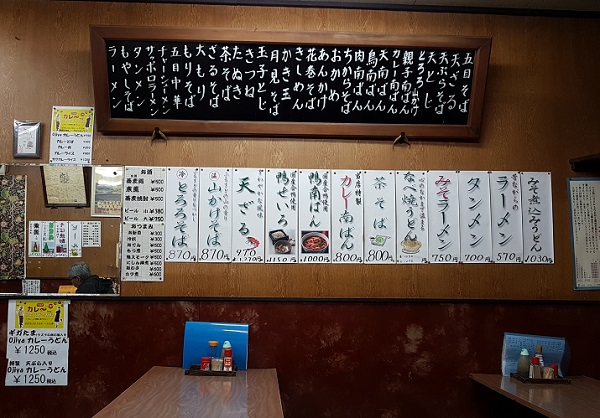 The place is small and warm. It feels rather as if we are visiting the rustic home of very elderly grandparents (which is exactly what the proprietors are), like kin who are delighted to see you and love to dote on you. 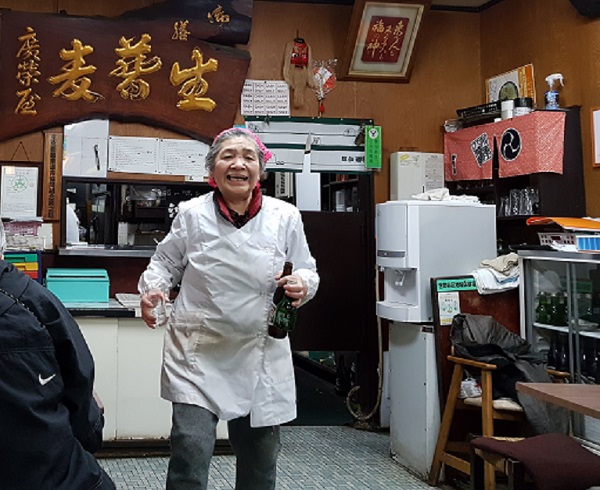 However, I can’t help feel that at their age we should be taking care of them.

Once sated, we wander back out into the night but don’t have much luck finding music venues that appeal. (Some days later I read that Tokyo music venues and DJ bars have been linked to the contraction of COVID-19. Perhaps we dodged a bullet there.) While we are standing in the roadway and discussing other options, I notice an Italian wine bar which looks inviting. 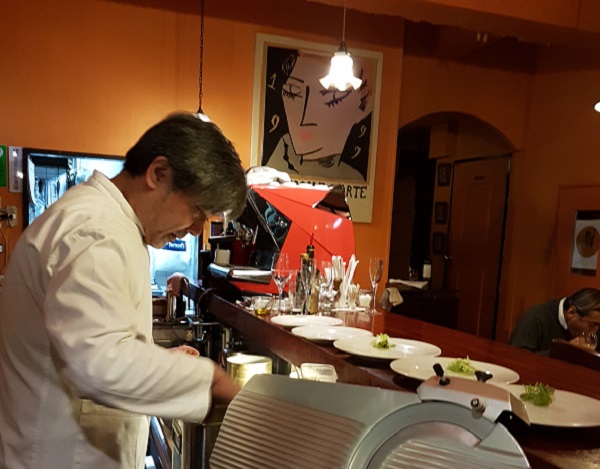 There we sit at the counter and continue to share stories over Prosecco. The owner who is working the salad station graciously offers us a complimentary bowl of strawberries.

Having returned to Japan recently after more than a decade abroad, N says finding work has been a challenge. He explains that firms don’t want to hire “old people” in spite of their extensive, valuable experience and credentials. As his skill set includes the ability to speak Cantonese, Mandarin and English as well experience as a guide abroad; he freelances with Ossan Rental. He posts his bio on their website and the company connects him with clients.

I’m curious but don’t pry. It really is none of my business; however, I wonder how lucrative that can be.  I mention the current economic climate made infinitely worse by COVID-19 and the drop off in Chinese tourists. N adds that he takes on other seasonal work and is actively considering his options elsewhere. As he hasn’t been back in Japan all that long, his plans are still fluid.

Since we are discussing his work, I ask whether there are any aspects of guiding people he finds disagreeable. He winces and mentions that client requests to cross boundaries are difficult. I don’t probe, but he volunteers the example of one client who asked whether they might hold hands.

I don’t ask what he chose to do. Instead, I agree that the request was out of line. First, there is a company “no touching” policy and second, it’s not Tinder. The meeting was not a date. I also mentioned that I know that in Japan holding hands is a very big deal in the courtship process.  No wonder he felt uneasy about the request.

Wanting to ease his obvious discomfort in sharing the story, I ask what the most interesting part of the job is. His diplomatic answer: Really? I have to say having conversation like this with you. Given that it has been several hours of affable conversation I don’t want to doubt his sincerity. I also know that if the position were reversed and asked the same question, I would answer similarly because it’s true. 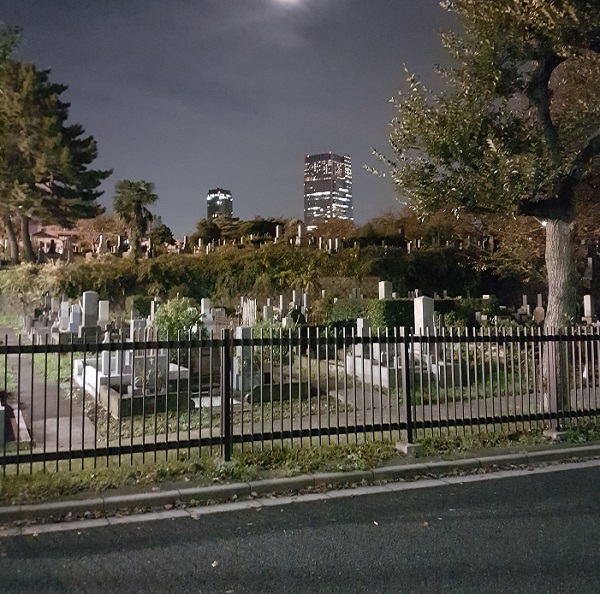 On my way back to my apartment, passing my quiet neighbours in Aoyama Cemetery and looking across the city to the towers of Roppongi, I think about my day to day encounters with people.  Once we get chatting, I never fail to marvel at their stories or the serendipitous ways that their paths cross mine. Sometimes it’s an ichigo ichie (one meeting once in a lifetime) moment. Sometimes, happy surprise, it’s not.

This entry was posted in Japan, Travel & Culture, This & That and tagged Rent a Middle-aged Man in Tokyo. Bookmark the permalink.

2 Responses to I Rented an Old Man