Posted on February 4, 2017 by Lynda Philippsen 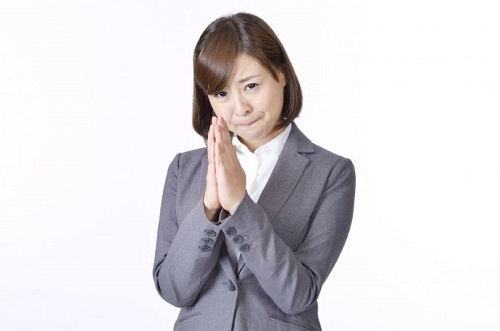 So sorry. I’m overdue. I ought to have posted some time ago. Though you wouldn’t know it to look at me, I’ve been busy.

What have I been up to, you ask. Answer: Binge-watching Netflix.

Bear with me, I say. There’s a bit of backstory.  You think: Excuses always have a backstory.

Yeah, yeah, yeah. Hear me out and then decide. Though it has been a long process, I’ll try to keep the telling brief.

About a decade ago I began to teach myself Japanese from CDs. I began by using the Pimsleur method. The method is research-based and structured to acquire language by ear and patterned repetition the way infants do.  No written text or syllabus is provided so that pronunciation isn’t influenced by English-based ways of reading vowels. It is strictly listen, repeat and remember.  As I didn’t want to learn writing anyway, I wanted to be able to speak—even if just a little—while traveling, that suited me just fine.

Unfortunately, there were serious flaws in the Pimsleur content. I was frustrated from learning too many macho pick-up lines along with vocabulary for driving and gassing up a car which I would never need in Japan. Quite alarmingly, the dialogues went from pleased to meet you to would you like to have a drink at my place to I want to stay in Japan with you, without any of the niceties or necessities between each stage.

Still, it was a reasonable way to start as it tuned my already musical ear. I am always complimented on my pronunciation. However, at $300 USD for each level of 30 CDs, I wasn’t inclined to move to levels 2 or 3 without knowing that the content would be suitable.

Since then I have acquired a smattering of additional, useful phrases on a hit and miss basis from friends and lessons on YouTube.  Most of the latter I find excruciatingly tedious. Bored to death at the pace, I give up. Drilling phrases and sentence patterns into my skull so they stay there isn’t easy.

According to Bernard Saint Jacques, Doctor Emeritus in communication and linguistics at the University of British Columbia, successful language acquisition in adult learners depends on two things. First, the motivation of the student and second, the opportunity to speak the language under real conditions.

Alas, I don’t get too much opportunity for the latter and all too quickly I arrive at the end of what I know how to say. Then I’m stuck again.

To shorten a much longer story, let me just say that’s how I ended up at Netflix. The Internet has changed greatly over time, and so has Netflix since I subscribed about two years ago. Recently their content has expanded to include options from various countries. Some say this is the new wave of content, a platform no longer limited to old runs of American movies or series such as: Friends, Suits, Scandal and the like.

First, by chance a series called Midnight Diner: Tokyo Stories piqued my attention. Then of course, the bots offered more in that vein. That’s how I ended up at Terrace House: Boys and Girls in the City and Terrace House: Aloha State.

In Japanese with English subtitles, these series have helped me not only to learn more Japanese, but also gain insight into a variety of cultural nuances. Bonus: I’ve had a splendid time. I’ve not been bored for a second, though it still hasn’t solved the problem of not having opportunities to speak under real conditions. Never mind. One step at a time.

This entry was posted in Japan, Travel & Culture, This & That and tagged Learning Japanese. Bookmark the permalink.

One Response to Sumimasen: So Sorry