The MOA Museum of Art in Atami

Posted on November 10, 2018 by Lynda Philippsen

When I bought the Shinkansen tickets to visit my friend in Yonezawa, the ticket agent informed me that it would be cheaper to buy a JR East Rail Pass. A pass would allow me five unlimited trips in a seven-day period to any destination in the JR East system. Fortunately, due to a major exhibition at Sogetsu Kaikan, some of my ikebana classes had been cancelled. I had time to use a pass during the limited window offered. Win-win.

Where in JR East’s world did I want to go? 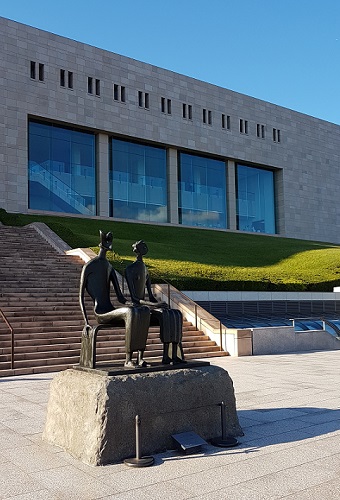 It was not an easy choice. However, I’d been missing the ocean. Therefore, my first excursion was to Atami, a seaside town about 90 minutes south of Tokyo by Express train, which is home to the splendid MOA Museum of Art set into the hillside overlooking the sea. 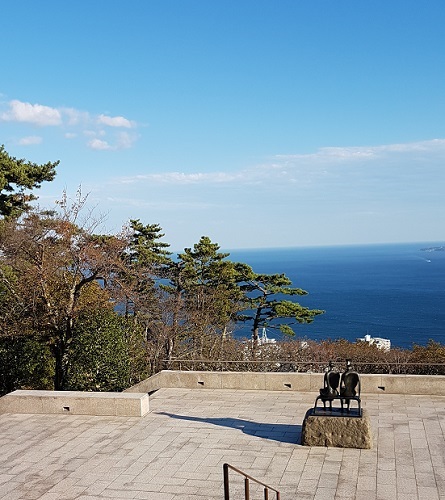 Unfortunately, the shorter 40-minute Shinkansen option to Atami was not included in the Pass. However, the $50 (return) price-tag on the Express for a one-gallery destination when it included the seaside seemed an agreeable way to capitalize on a free ride. 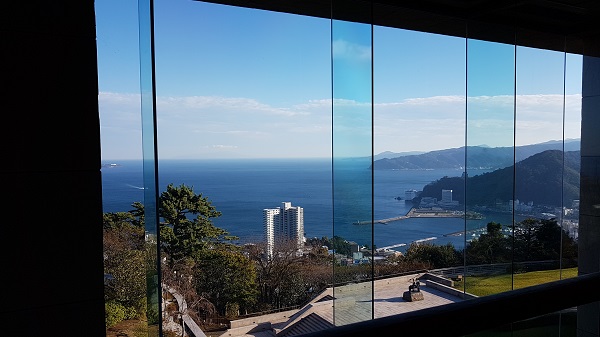 Built into a hillside with incredible vistas of the sea, on entry visitors ascend on escalators flanking massive stone stairways. I am reminded of approaches to shrines, temples and holy sites which often require the pilgrim look heavenward or to climb toward the gods. At the top, light projections move across a massive sculpture resembling a chrysanthemum, the Imperial flower of Japan. The symbolism–equating the treasures here with holy relics–seems obvious. 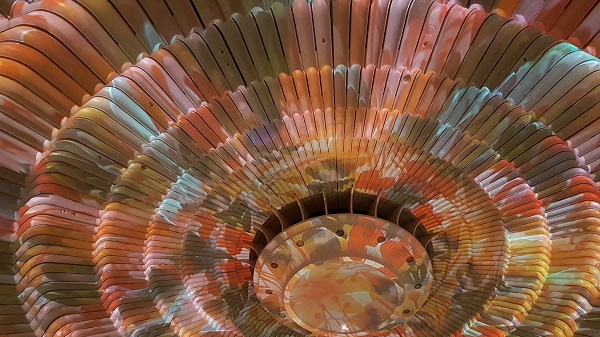 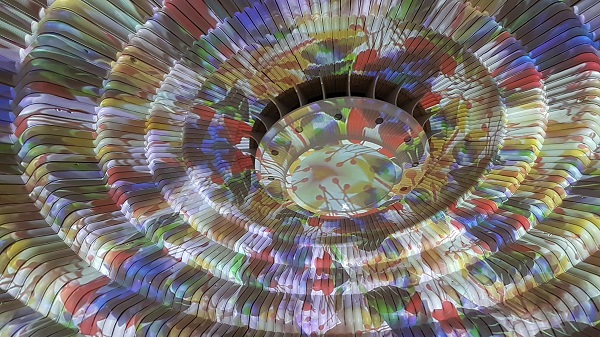 The MOA is of particular significance as it houses collections of works designated as National Treasures, Important Cultural Properties and Important Art Objects in widely ranging forms: paintings, ceramics, calligraphy and the like. According to the English language brochure these are not only works of art, but also objects of research without which the history of the art form itself could not be told. In addition, the museum grounds include a tea houses in a Japanese garden and a Noh theatre. 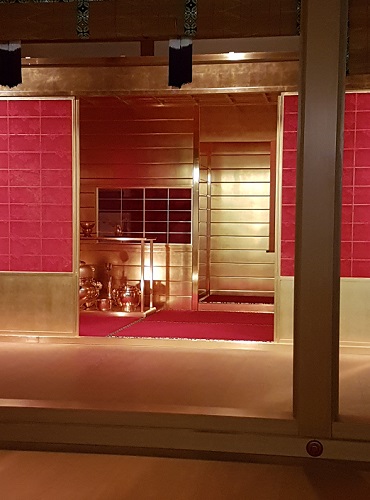 Inside, exceptional care is taken with the displays “including the placement of black plastered walls behind the viewers to eliminate distracting reflections on the glass cases.” 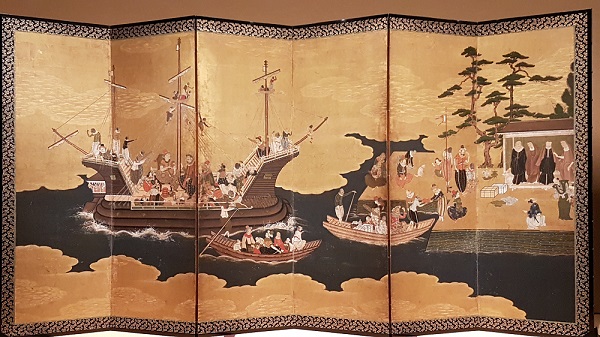 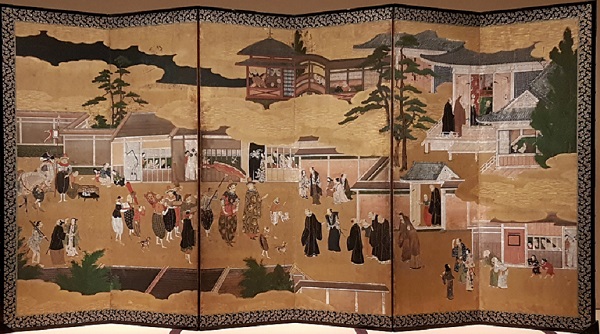 Alas, that created challenges in getting photographs. However, amateur shots of great art are not meant for online display. I use them mainly as notes and reminders of what I have seen.  However, a 17th century world map and scenes of commerce with European traders on large screens in brighter rooms turned out rather well.

As the excursion was one I could schedule after ikebana class on Monday morning, I’m ever grateful that I did. Both the architecture of the museum and the exhibits were worth the travel time spent. 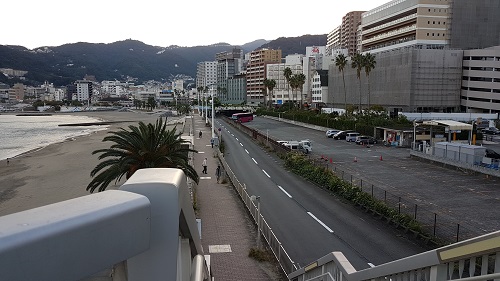 Afterwards I wandered on the beach lined with palm trees as the sun set behind the Atami hills. 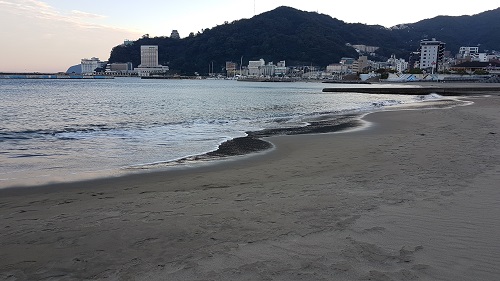 Then before returning to Tokyo I looked for some light fare at a restaurant with a harbour view which the taxi dispatcher had suggested to the driver. From the picture menu provided and the price point (compared to Tokyo) I was expecting a small sampling of fried local fish and cabbage.  I also asked for a glass of wine. 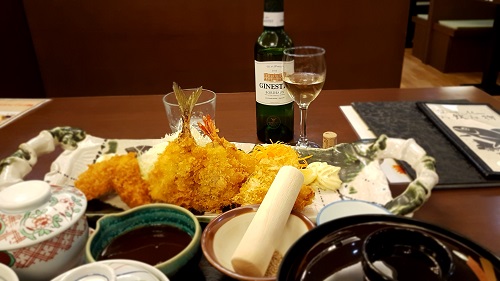 Oops! In addition to the selection of fried fish, shrimp and pork, the heaping tray included a large bowl of new rice, chawan mushi, salad, a mixed vegetable appetizer, Japanese pickles and crab miso soup. That arrived together with a half-bottle of French wine.

What was I to do? There are only two answers for that. One: Shoganai (nothing can be done). Two: Enjoy.