A Week before Departure

Posted on September 5, 2015 by Lynda Philippsen

This is the first time I’ll venture abroad with a tablet computer.  It’s hard to believe, but in 2007 I travelled hands free. No phone. No handbag. Everything (wallet, passport, packet of tissues, notebook, pen and lip gloss) fit into 5 coat pockets.  All I can say is that it better be worth lugging the extra pounds around for 25 days.

Microsoft (we used to say God) willing, I aim to post brief postcard-style entries along the way. When malware strikes or it balks, tech is no source of bliss. The soft sound of my nib scratching across paper always is.

Writing by hand has the most soporific effect. Numerous times I’ve awakened utterly disoriented in the wee hours with the light still on.  My face planted on the paper and ink weeping through multiple pages.

Mid-afternoon September 15, I’ll touch down in Japan. After clearing customs I’ll take the train to Kyoto. There I’ll spend three days relaxing, enjoying a city I love and easing into the new time zone. 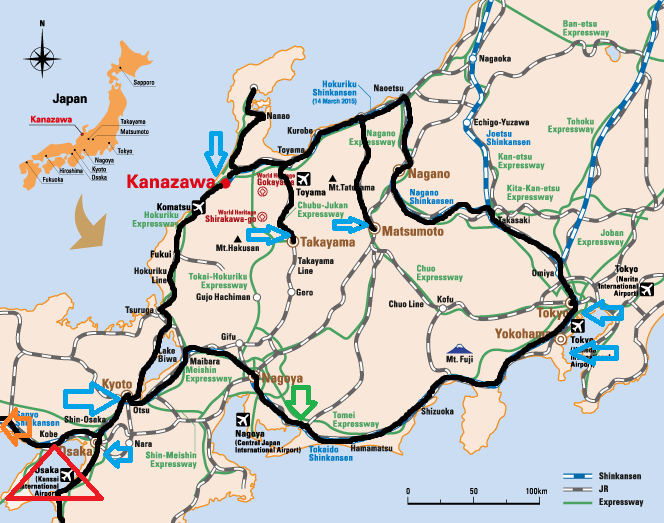 From Kyoto I’ll follow the black line counter-clockwise, spending 3 to 5  days in most locations, except for Kanazawa where I will stay 10 days. From there I will take daytrips to Matsumoto, the Noto Peninsula and  Takayama. From Takayama I will head north to Toyama where I’ll connect to the new Shinkansen line to Tokyo. 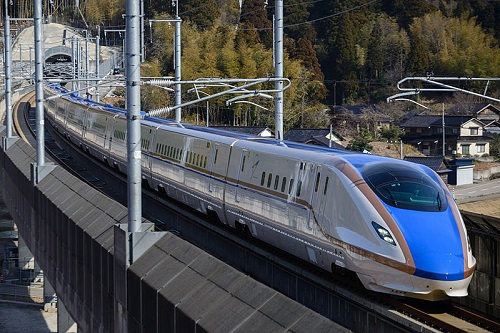 After 5 days in Tokyo I’ll spend a weekend in Toyohashi to reconnect with colleagues and friends from my Japanese Home Stay Exchange days (1994-2005). Then a daytrip to Himeji and a final few days in Shin-Osaka. 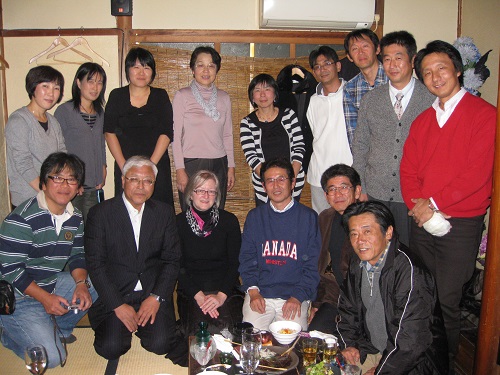 With friends in Toyohashi 2010

I’m never lonely while travelling. Starved for rapid-fire conversation in English, certainly. However, that’s not loneliness. Still, it’s nice to know that this time I’ll have a coterie of readers along for the ride. I hope that some of you leave word.

This entry was posted in Japan, Travel & Culture and tagged 2015 Japan Trip Route. Bookmark the permalink.