The Harada family (who were my host family some years ago) and I clamber into the van of their friend and chauffeur for the day, Kanago-san. With the GPS chattering and auto-TV going simultaneously, we head out of Toyohashi toward the hills behind Toyota city. 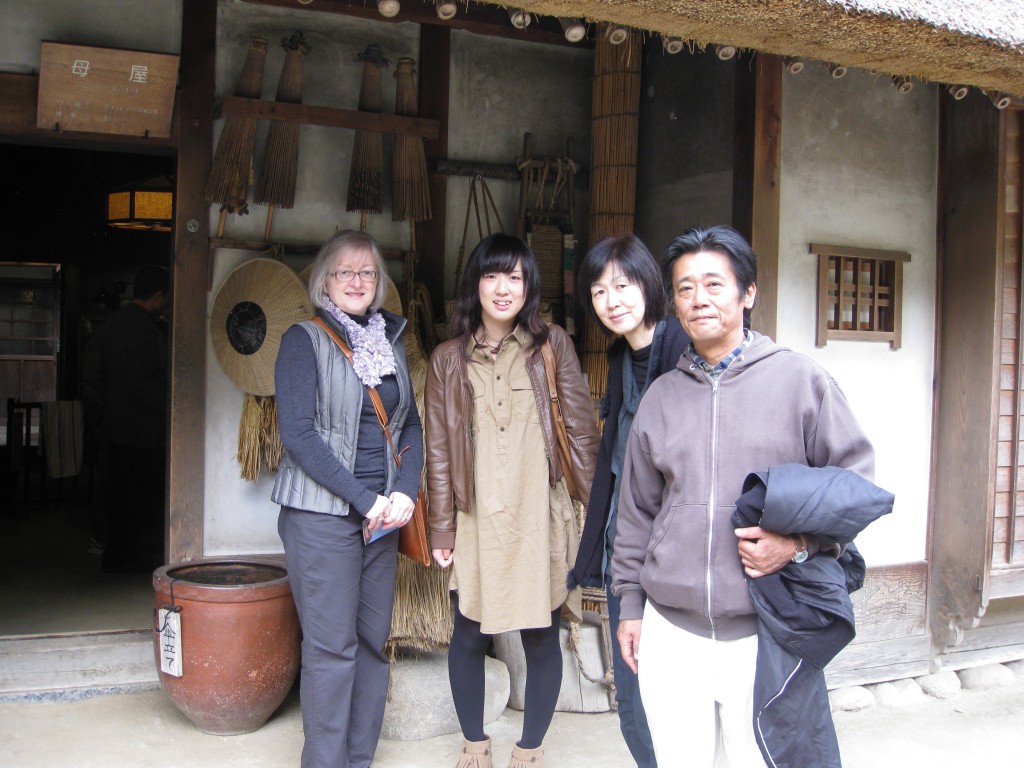 During the month of November the Tomoe River gorge known as Korankei (meaning fragrant storm valley) burns with leafy fire. In a 10-day period, more than 500,000 people follow a single, narrow road into Asuke-cho.  Snaking into the mountains 37 km out of Nagoya, crowds endure the traffic jam to enjoy the Korankei Momiji Matsuri (Korankei Maple Festival).

Cars crawl like persistent ants, and traffic control slows us even further. Once on foot, we are forced to a pace more conducive to contemplation. The blazing spectacle the landscape has staged is static and passive. We must become open and receptive. 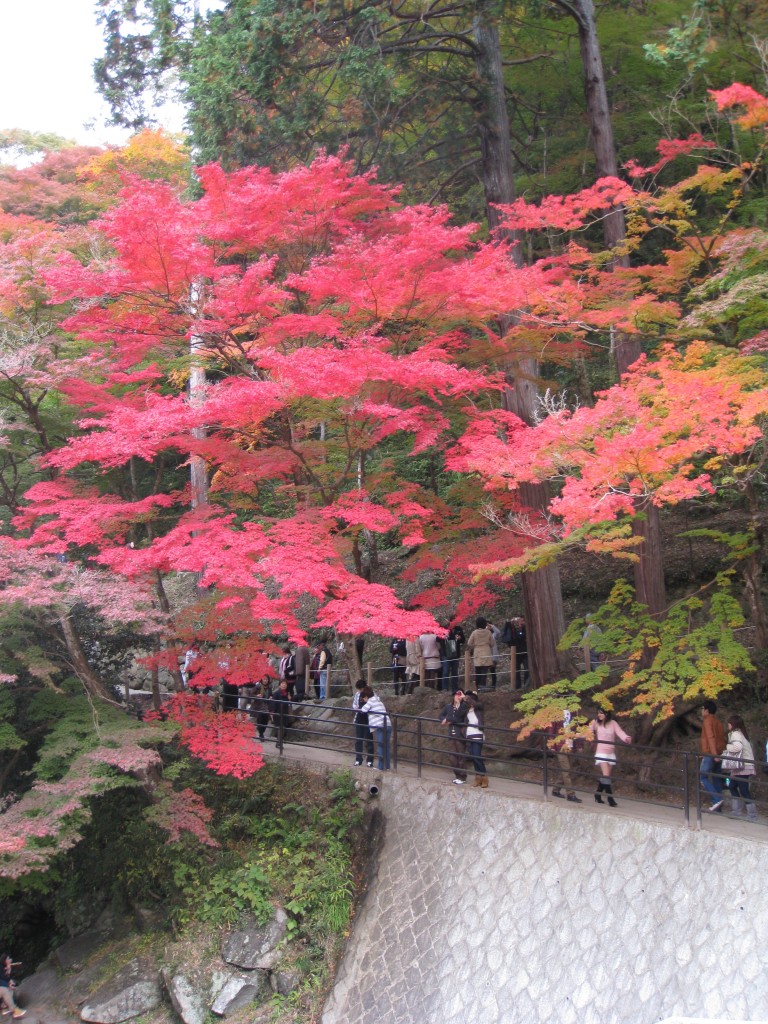 Perfectly overcast for photos, the day is crisp but warm. The approach to the river is lined with stands selling anything you could want to buy: seasonal food prepared on the spot, souvenirs, local handicrafts, toys and trinkets. 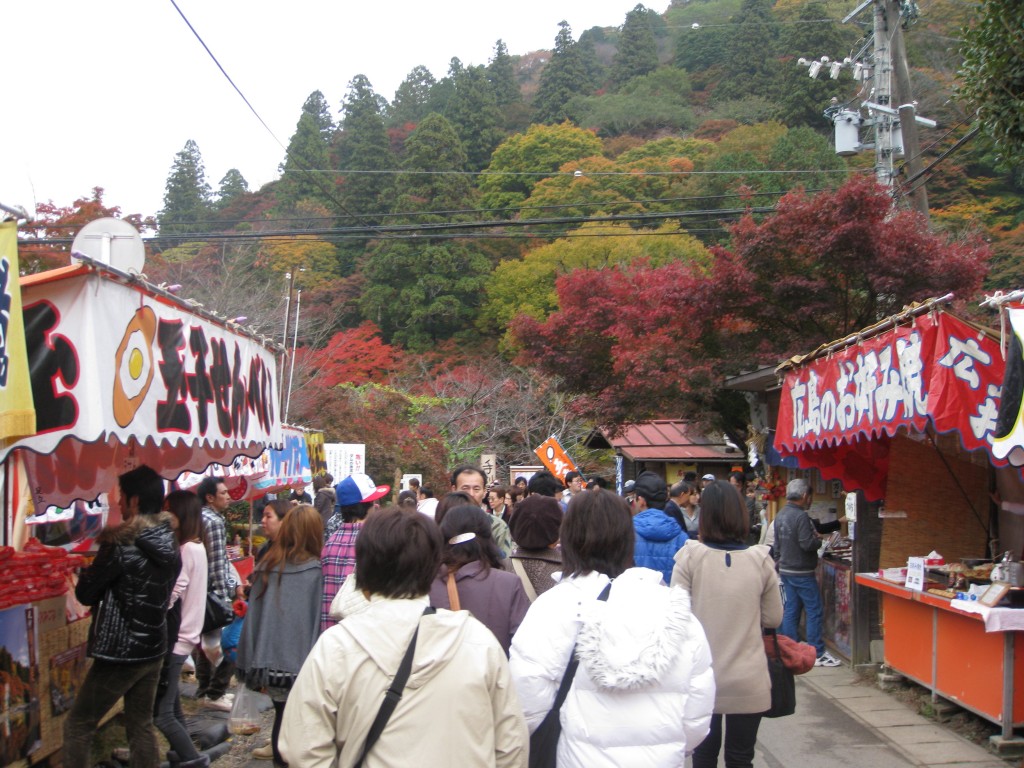 Shops along the avenue at Korankei

We pause a while on a restaurant’s covered deck enjoying coffee above the rushing water and watch the slower river of black-headed people. The entire day I see only one other non-Japanese person. Mind you, I wouldn’t have distinguished the Chinese or the Koreans who might have been visiting, any more than I could tell a Dane from a Swede.

A bridge crosses to the other shore and we make our way uphill toward Sanshu Asuke Yashiki. This working museum provides visitors with a glimpse of Meiji era (1868-1912) Japan. 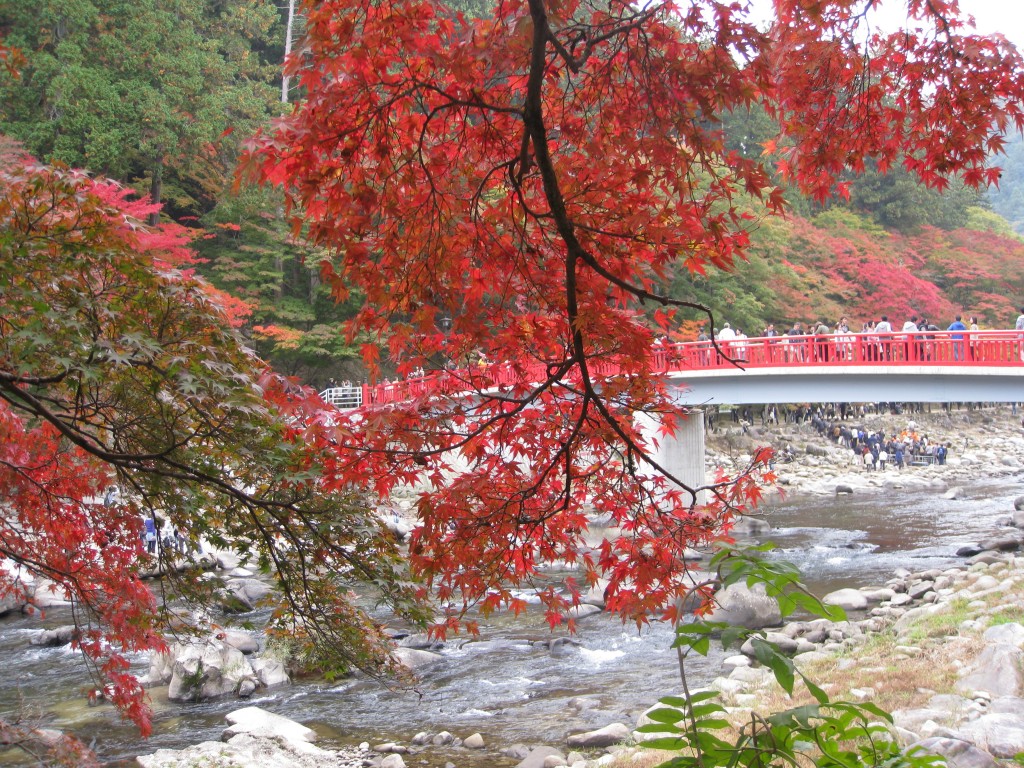 Here life-time artisans demonstrate metal working, weaving, umbrella and paper making as well as a number of other crafts  in various parts of the compound. 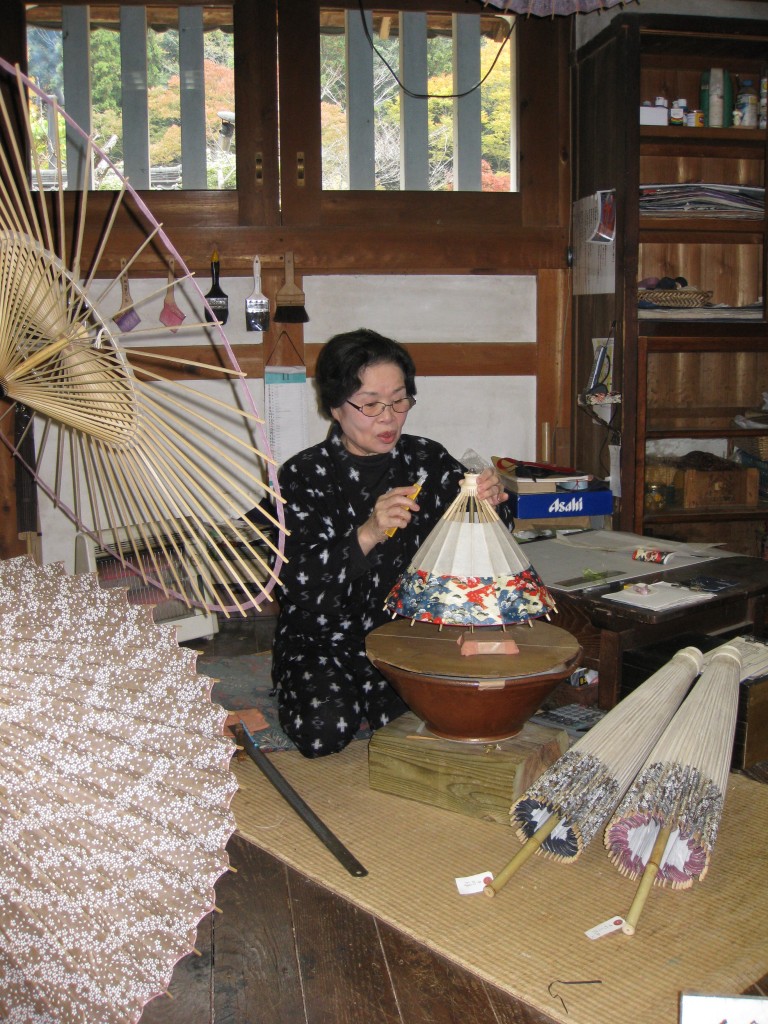 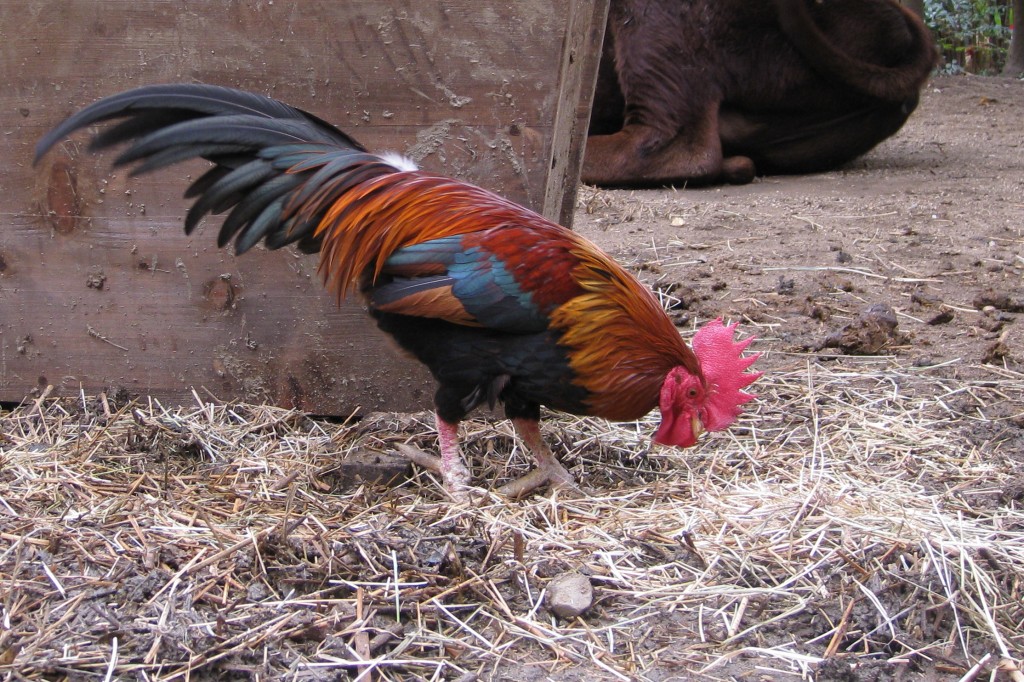 A cockerel more flamboyant than the leaves overhead, scratches in the straw oblivious to us, the season and all time. Perhaps an incarnation of a Pure Land bird, he is fully present in his essential roosterness.  Pure Land birds are said to carry the voice of Buddha: Kokke-Kokko. Kokke-Kokko. Kokoro.